A HISTORIC company that makes carpets for Buckingham Palace and JD Wetherspoon — the pub chain owned by staunch Leaver Tim Martin — says it is being forced to shed jobs because of Brexit.

Axminster Carpets announced it will be making redundancies due to ‘sustained uncertainty’ over Britain’s departure from the European Union.

Staff were informed by managing director Jonathan Young, who blamed a ‘lack of consumer-spending confidence and a need to streamline the business’. It is not known how many jobs will go. 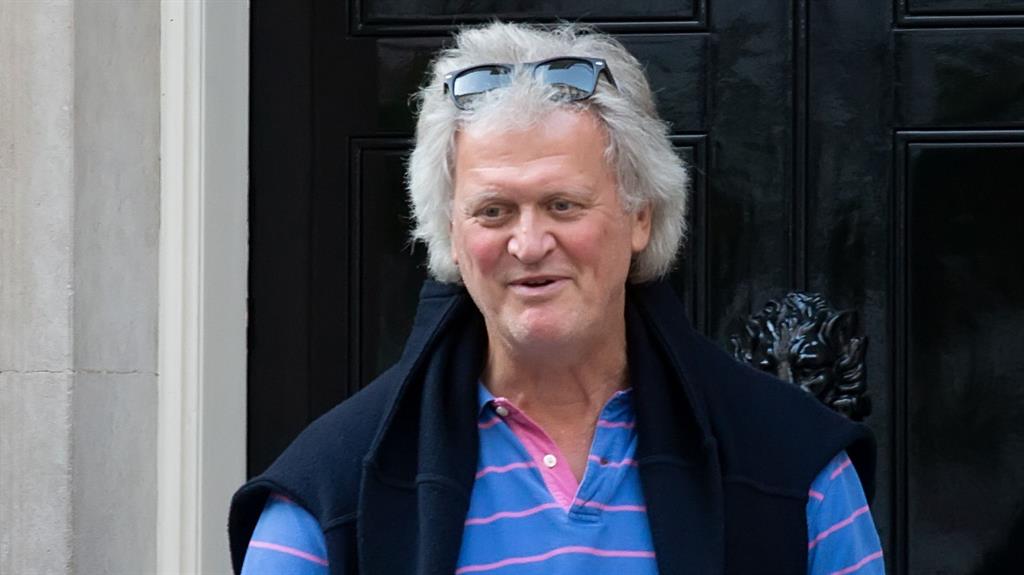 Every Wetherspoon pub in the UK is supplied with its own bespoke carpet by Axminster.

Mr Martin (above) has been one of the most outspoken supporters of the benefits of a no-deal Brexit and last week vowed to cut the prices of his drinks to prove it.

But yesterday Mr Young said that, as a result of a ‘challenging’ market outlook, he was asking for voluntary redundancies. He added that the company ‘would like to express regret at having to make such difficult changes’.

Six years ago, Axminster Carpets was rescued after announcing to its 400 staff that it was entering administration. The firm, which also has contracts to furnish train carriages and airlines, has been designing and weaving carpets in the Devon town since 1755. It was awarded a royal warrant in 2012 for the supply of goods and services to the Royal Household.

CAFFÈ NERO’S models had fashion fans on the veg of their seats as the chain held a catwalk show in one of its coffee shops.

The ‘ready to eat’ range — shown off ahead of the start of London fashion week tomorrow — was put together by stylist Gayle Rinkoff to celebrate the retailer’s new artisanal food menu.

One outfit was inspired by a bowl of vegan tricolore tomato, cucumber and radish salad, while other looks included ‘The Raspberry Runway’.

Ms Rinkoff, who mixed designer and high street clothes for the show in London’s Covent Garden, said: ‘The fresh new menu both looks and tastes amazing — what better way to bring it to life than through the lens of fashion?’

Caffè Nero boss Will Stratton-Morris said he had ‘wanted to have some fun’ by organising the fashion parade for the ‘stylish new food offering’, which includes artisanal sausage rolls and ‘light and indulgent’ sweets.

THE company that owns the Hong Kong stock exchange has made a £31.6billion bid to buy its London rival.

Shares in the London Stock Exchange surged ten per cent as news of the takeover bid emerged yesterday.

It added: ‘The combination would strengthen both businesses, better position them to innovate across markets and geographies, and offer investors unprecedented global market connectivity.’

■ BEER sales in pubs have halved since the year 2000, says the British Beer and Pub Association. Bosses blamed high tax on a pint after sales fell 2.8 per cent the three months to June compared with last year.

■ BRITISH outsourcing giant Serco has been given a two-year extension to its contract with the Australian government to run migrant detention centres. The deal now ends in December 2021.

■ A POLKA-DOT dress that went viral helped Zara owner Identix’s first-half sales rise seven per cent to £11.5billion. Warm weather and branching out into Brazil and the UAE also boosted the group’s results.

■ NEW LOOK is the latest high street retailer to report a slump in sales. The fashion chain said like-for-like sales fell 10.1 per cent in the 13 weeks to June 29. Bosses blame poor weather in May and June.

■ MARKETING guru Sir Martin Sorrell’s new firm is set to double in size by 2021 after winning a raft of deals with major advertisers. S4 Capital, set up last year, saw revenues soar 44.4 per cent to £184.2million in the first half of 2019.