MORE than a quarter of women have never asked for a pay rise — in many cases because they are worried about appearing ‘difficult’, a survey shows.

Some 27 per cent have never broached the subject with their boss, compared with 18 per cent of men, the research for Good Money Week reveals.

And male workers are more likely than women to feel excited and empowered when requesting more cash.

Nearly a fifth (19 per cent) of men ask for a pay rise twice or more per year, compared with just under eight per cent of women, according to the survey of 2,000 people across the UK.

Charlene Cranny, campaigns director for Good Money Week, said: ‘It is disappointing to see that women could be losing out in the workplace because they are concerned about seeming awkward or difficult. Not only are they potentially missing out on pay rises, but this reluctance to “be a bother” to their employers could also mean that their pension funds are being invested in companies that do not marry up with their values.’

Good Money Week, the annual campaign to raise awareness of ethical and sustainable finance, advised workers looking for a pay rise to ask when their boss isn’t busy, and to be realistic.

■ A FIFTH of workers spend more than half of their spare cash for the month within two days of being paid, a survey shows. The most popular ways to splurge are on larger-than-usual food shops, takeaways and clothes. But 59 per cent regret their spends, shows Nationwide Building Society’s poll of 4,000 people. A similar proportion have less than £100 left the week before payday and 15 per cent have no money at all.

THIS neat terrace may look like it belongs to another century — but it’s actually part of a new development that has scooped a prestigious award for architecture.

Goldsmith Street in Norwich has been named the UK’s best new building by the Royal Institute Of British Architects.

It won this year’s Stirling Prize, beating nominees including a house built from cork in Berkshire and the refurbished London Bridge station.

The development of 100 properties is arranged in seven terraces, modelled on nearby Victorian streets. 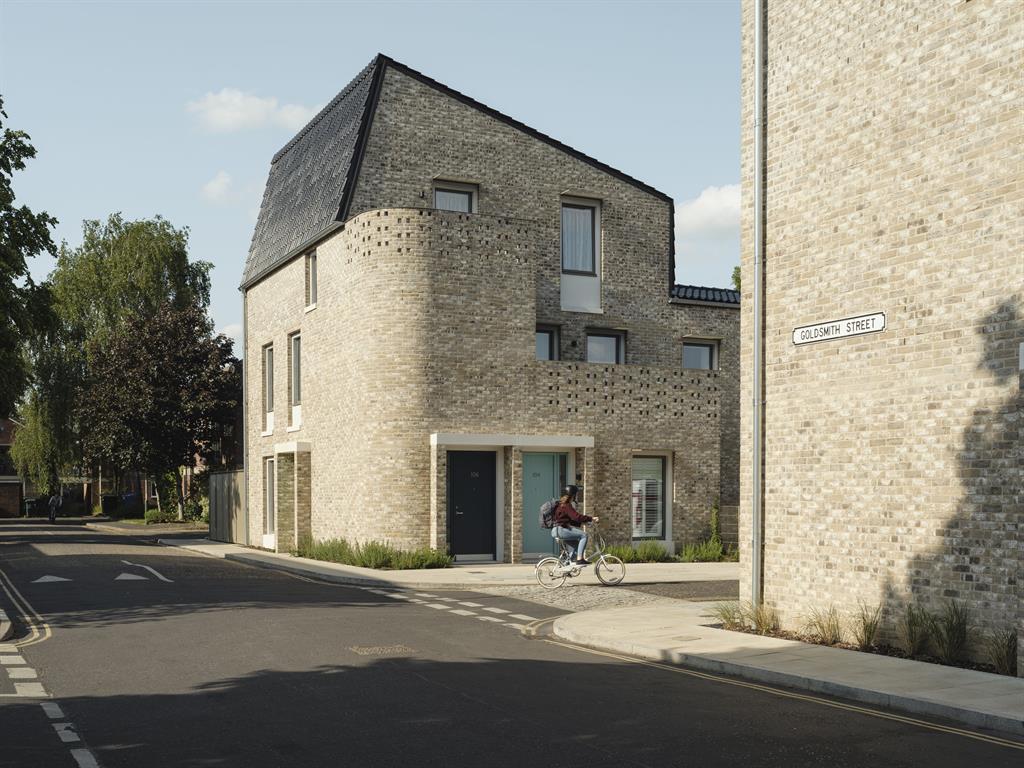 The rows of two-storey houses — bookended by three-storey blocks of flats — are ultra-low energy and eco-friendly. The architects were praised for a design that ensures people, not their cars, ‘own the streets’.

The judges said: ‘Goldsmith Street is a modest masterpiece. It is proper social housing, over ten years in the making. These desirable, spacious, low-energy properties should be the norm for all council housing.’

EASYJET has been given a sales lift from strikes affecting Ryanair and British Airways. The budget airline said it expects annual pre-tax profit for the year to the end of September to hit the top end of forecasts — about £430million. It had 96million passengers during the year, up 8.6 per cent, after increasing the number of seats available by ten per cent. Revenue per seat fell 2.7 per cent due to price cuts, rising fuel costs and the weak pound. But the drop was only 0.8 per cent in the second half, when the strikes took place and tour operator Thomas Cook folded.

■ HOLIDAYMAKERS have cut back on short overseas trips. The amount spent this year fell £98 per person, compared with 2017. A third also changed when they booked to secure a better deal, travel trade organisation Abta found.

■ BARCLAYS has vowed not to close branches in remote areas or where it is the last bank in town for the next two years. The move will see more than 100 branches ring-fenced so they remain open until October 2021.

■ THE Hong Kong stock exchange has axed a £32billion takeover of its London counterpart. Hong Kong Exchanges and Clearing has walked away after failing to convince the London Stock Exchange’s board.

■ SELFRIDGES has credited efforts to improve the ‘customer experience’ after taking £1.85billion in another year of record sales. It installed an indoor skate bowl and a crystal-encrusted Damien Hurst artwork.

■ TWO TalkTalk emails promoting a broadband upgrade to customers have been banned by the Advertising Standards Authority. The emails misleadingly claimed users were approaching their data capacity.