A BRITISH doctor has been killed along with his anaesthetist fiancée by an armed intruder who slit their throats in their penthouse.

Richard Field, 49, was found dead by police alongside Colombia-born Lina Bolanos, 38, after texting a friend to warn of a ‘serious situation’ with a gunman at their home in the US.

Officers arrived to discover that Bampumim Teixeira, a sacked ex-doorman at the luxury block in Boston, was inside the apartment. 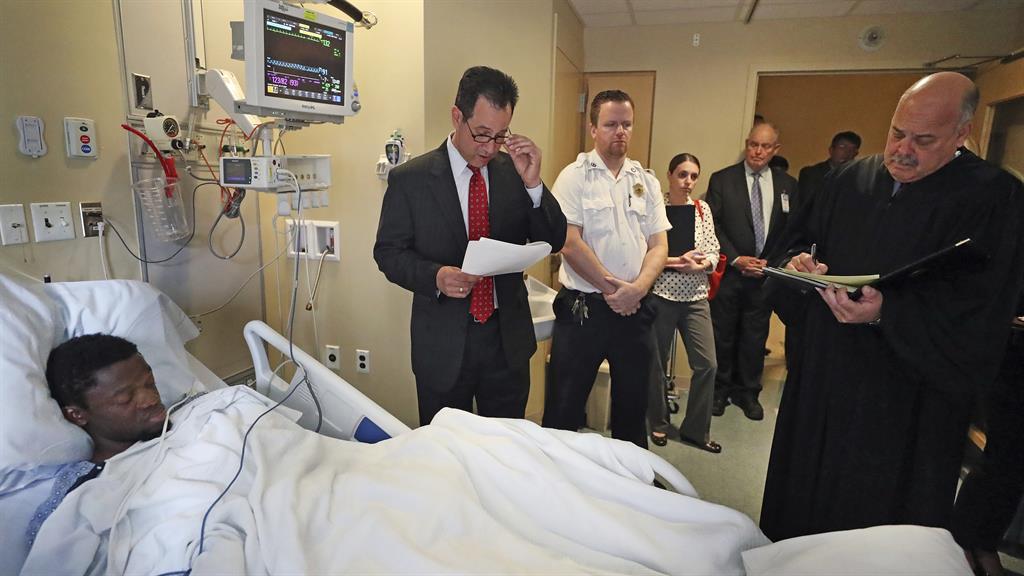 Messages of revenge are said to have been found scrawled on the walls along with blood spatters. Teixeira, born in Guinea Bissau, west Africa, was wounded when police shot him during his arrest.

The 30-year-old was later charged in his hospital bed — in the presence of a robed judge — with murdering the couple. Chelsea fan Dr Field — born in Hammersmith, west London — studied medicine at Sheffield University.

He had worked at North Shore Pain Management Centre since 2010, where colleagues paid tribute yesterday to his ‘tireless devotion to patients’.