IT was a case of something blues and twos when police stepped in to rescue a stranded bride’s big day.

Katie Davies, 24, feared she was going to miss the ceremony after becoming stuck in traffic following an accident on the M4 near Swansea. 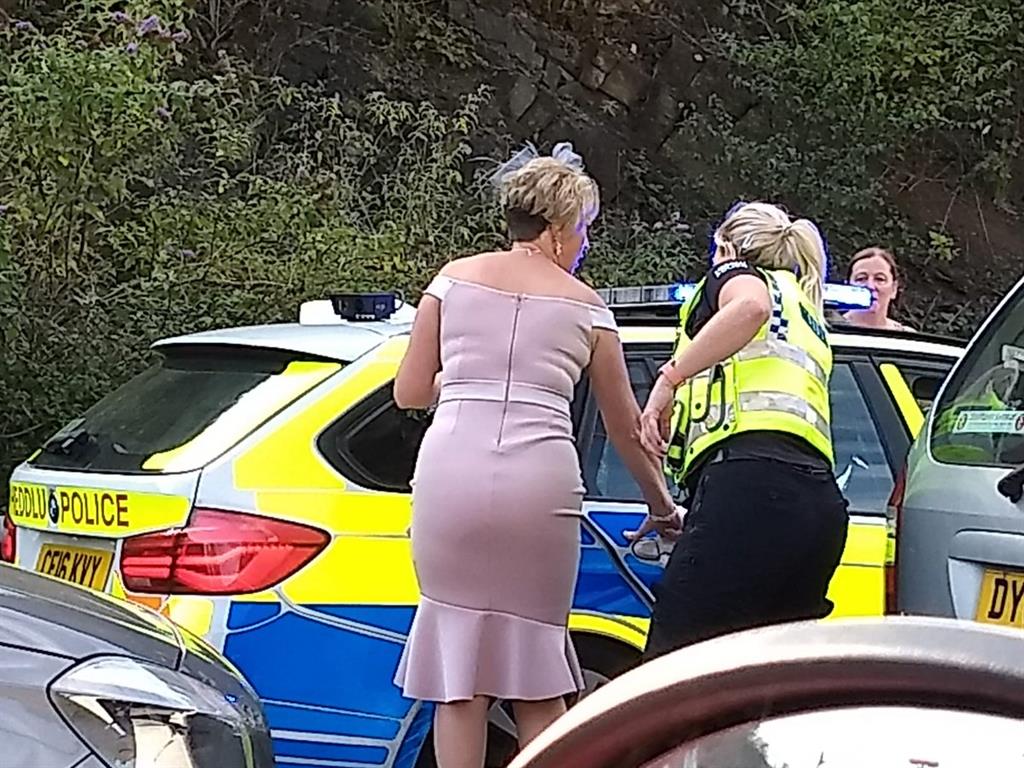 She was due to marry fiancé Ryan Thomas, 24, at Neath register office at 3pm but began to panic as the queues started to build. Her mother Sian rang the groom’s brother Cian saying she didn’t think they were going to make it, and he ran round to the local police station to ask for help.

Officers arrived at the scene and escorted Katie, her mother and five-year-old daughter Millie-Rae across two lanes to the hard shoulder.

Katie — wearing dress and veil — was then whisked away to her ceremony in a patrol car, arriving an hour and 20 minutes late. She said: ‘I left my house at 2.15pm to allow for traffic and when we joined the M4 it was moving slowly. But soon we were at a standstill. When the police arrived I had to cross two lanes to get to the hard shoulder. People were all out of their cars taking videos and photos and cheering and offering congratulations.’

The mum, from Cwmavon, added: ‘It was just a whirlwind. I will be forever grateful to the police officer Emma Thomas who helped me. She’s amazing. South Wales Police were fantastic.’

Cian said: ‘It was so emotional. It was such a long wait, because we thought they were never going to make it.

‘I could hear the sirens coming closer, and then I saw the police car.’

He added: ‘I’ve heard of some weddings where police take the guests away from the venue, but never bringing them to it.

‘This is one story we will never forget.’