AN ARCHBISHOP shot dead at the altar after condemning repression has been declared a saint by Pope Francis.

Óscar Romero devoted his life to defend the poor, the pontiff told followers as he celebrated mass in St Peter’s Square at the Vatican yesterday.

Francis was wearing under his robes the blood-stained rope belt that the revered monsignor from El Salvador had on when he was gunned down in 1980.

Among the 70,000-strong congregation were 5,000 pilgrims who had travelled from the central American country.

And tens of thousands back home stayed up all night to watch on big screens outside the cathedral in the capital San Salvador.

Aida Guzman, 68, who joined a Saturday evening procession in the city, said: ‘I am here to give glory to Monsignor Romero. He is a light for our people, an inspiration for all.’ 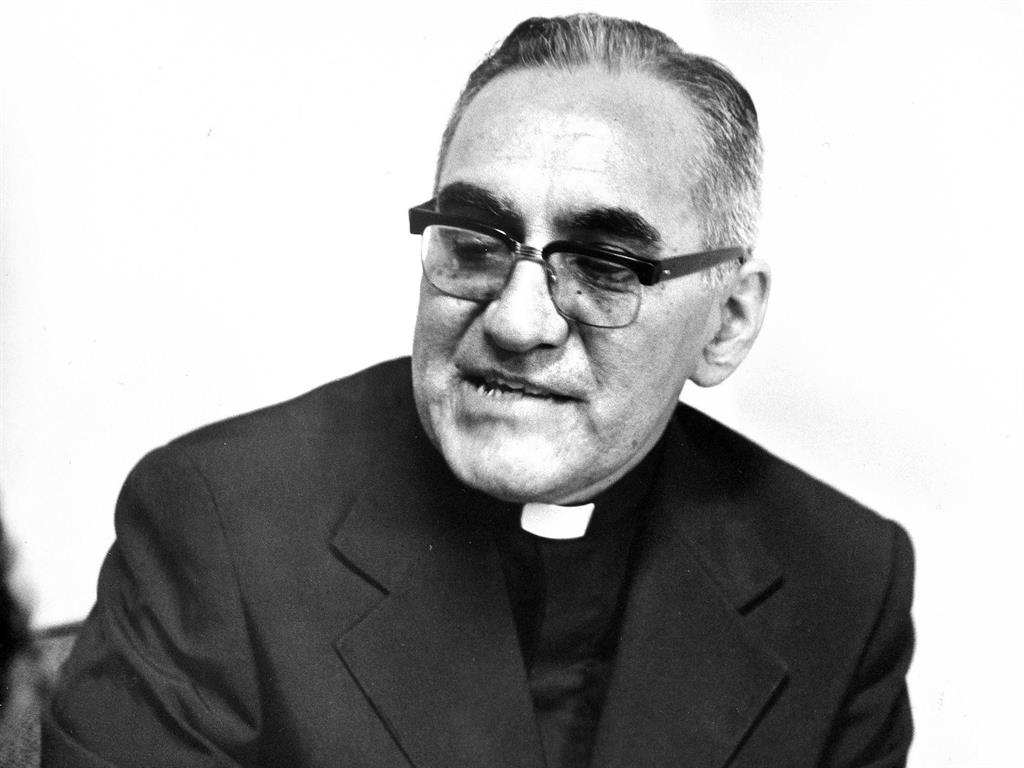 Romero (pictured) was murdered while saying mass in a hospital chapel. A gunman pulled up in a car and fired from the doorway.

A day earlier, the archbishop had enraged military dictators by delivering the latest in a series of sermons that called for an end to repression. He became eligible for sainthood after a miracle was verified by the Vatican last year.

Also declared a saint by Francis yesterday was Pope Paul VI, who modernised the Catholic Church in the 1960s.