BRADLEY WALSH admitted he felt ‘humbled and a bit emotional’ as he spoke about turning 60 with Holly Willoughby and Phillip Schofield on This Morning.

The TV star (pictured) will celebrate the milestone tomorrow, while ITV will air a one-off documentary tonight charting his life and career.

Speaking from his home in Essex, The Chase presenter said: ‘It was only yesterday that it seemed I had my 50th birthday and then all of a sudden this thing is happening on telly.

‘I feel really quite humbled and a bit emotional, actually. I didn’t realise that was going to happen. It’s lovely.’

Bradley shared a piece of advice he was given during the early days of his career.

He said: ‘A massive piece of advice I was given earlier on in my career was, “Whatever you do, the easiest part of showbusiness is giving up — don’t.”

‘And seriously, when I got a knock back, I kept going and kept going.’

Holly and Phil decked out the studio with balloons and bunting, and gifted Bradley a hamper of his favourite sweet, Wine Gums.

Holly told him: ‘I know that you are a massive fan of a certain sweet. You have a very sweet tooth and Bradley, look at this, these are your favourite, aren’t they? Wine gums.’

Bradley replied: ‘I’ll tell you what, next time you see me in real life, I have actually put a stone on.’ 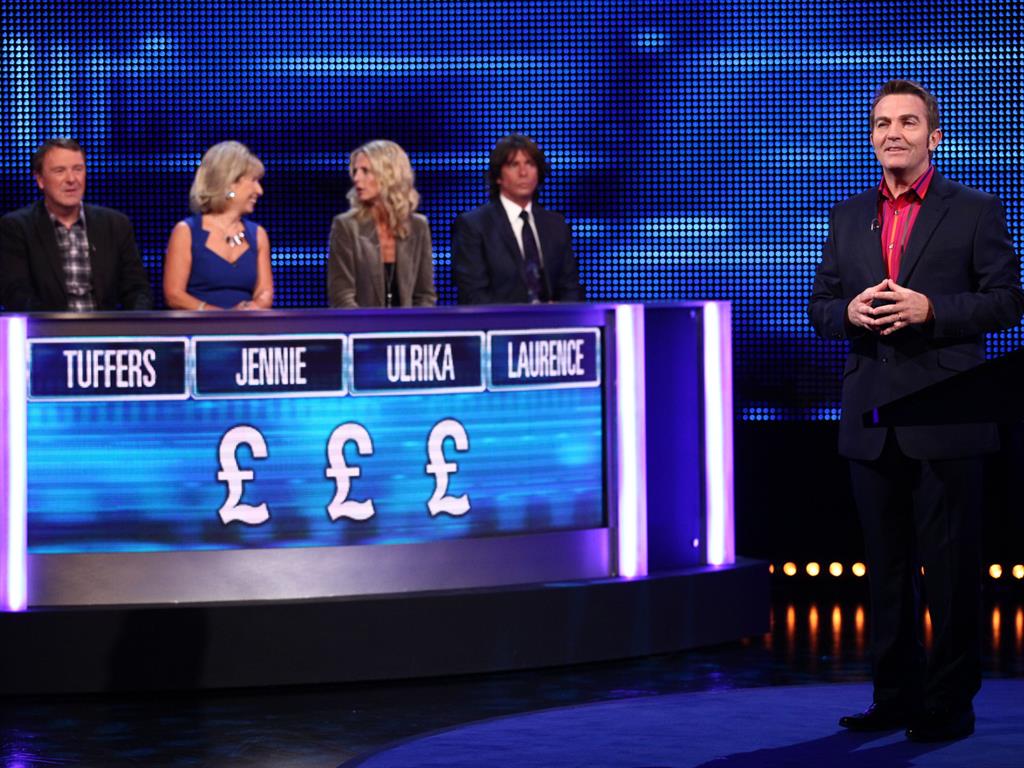 He added: ‘I’m the heaviest I have ever been. I need to lose some weight a bit lively. I really do.’

Holly quipped: ‘Well, these will help.’

The broadcast was also briefly interrupted by a burst of noise, which Bradley blamed on the Coldstream Guards, part of the British Army, who he joked were practising outside his window.