A SIX-YEAR-OLD boy has been rushed to hospital after reportedly falling from a rollercoaster.

The youngster’s injuries are not believed to be life-threatening after the incident this morning at Lightwater Valley, near Ripon in North Yorkshire, police said.

Witnesses on social media said the boy plunged from the Twister ride at the theme park, with one saying they heard loud screams before seeing a child on the ground.

Lara-Susan James, who had just joined the queue for the rollercoaster with her children, said a group were shouting at the operator to stop the ride.

She said: ‘It was at that moment I realised something was wrong.

‘I saw the operator apply the emergency stop.

‘My husband pointed to the fallen kid on the ground, saying they had fallen out.

‘When the ride stopped, the family jumped the barriers and went to the kid.

‘I ushered our kids away as I don’t want them to hear or see any more.’

The park bills itself as the ‘ultimate family adventure’ on its website.

The Twister is described as a ‘spinning rollercoaster’ which ‘gives an awesome, fun-packed experience for all the family’.

‘The track is full of seriously tight turns, giving riders the impression that they might not make it around the next corner, with the threat of plummeting into the treetops being a constant source of tension for parents (and amusement for the kids)!’ the Lightwater Valley websites says.

The Health and Safety Executive has been informed, North Yorkshire Police said.

A spokeswoman for the Yorkshire Air Ambulance said: ‘I can confirm that we attended and transported a child to Leeds General Infirmary.’ 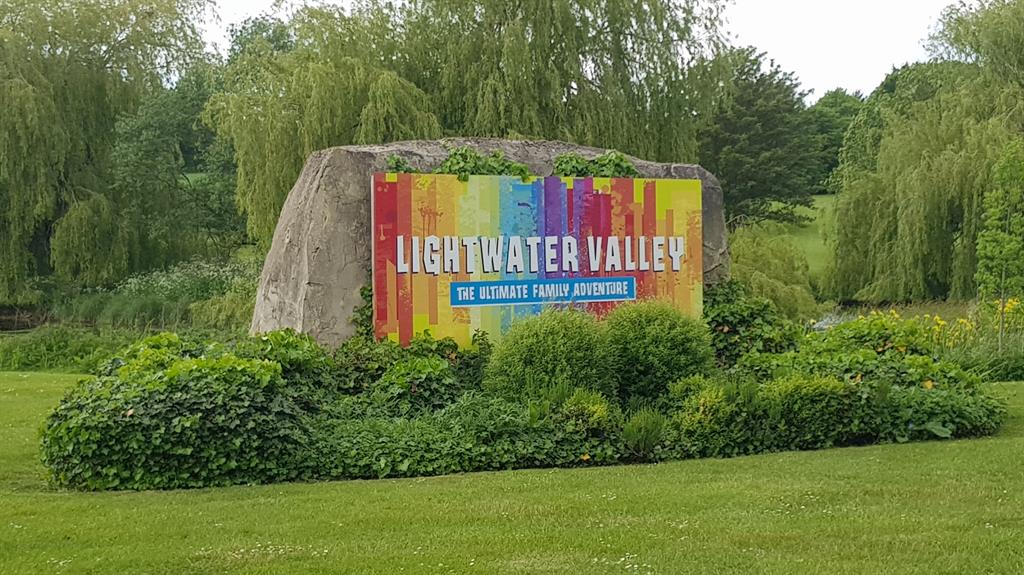 A statement from Lightwater Valley said: ‘We can confirm that following an incident on one of our rides this morning, a child is receiving treatment at a local hospital.

‘Emergency services have confirmed the child was conscious when they arrived at the scene and his condition is not believed to be life threatening.

‘The ride remains closed at the current time but the rest of the park is still open.’

A North Yorkshire Police spokesman said: ‘Police were called to reports of a medical incident involving a child at Lightwater Valley theme park near Ripon at 11.30am today.’