THE George Medal awarded by the Queen to one of the civilians who foiled a bid to kidnap Princess Anne in 1974 is to go under the hammer.

Former heavyweight boxer Ronnie Russell, 72, punched Ian Ball twice in the head as he tried to abduct the royal at gunpoint as she was driven to Buckingham Palace.

Presenting him with his honour later, Her Majesty told him: ‘The medal is from the Queen but I want to thank you as Anne’s mother.’ Mr Russell, who now lives in Bristol, is in poor health after several strokes.

He is reluctantly selling the medal to provide for his future.

‘It was something I said I would never, ever do,’ he said. ‘I am so proud and honoured to have done such a thing and be involved in it.

‘Whoever does eventually buy the medal, I would hope they might invite me somewhere to tell them an after-dinner story about what happened.’

The gong is tipped to sell for up to £20,000 at Dix Noonan Webb in central London next month.

It will be sold with related items, including a telegram from Anne.

Ball blocked her Rolls-Royce with his own car as it drove along The Mall back to the palace, firing a series of shots through the rear window.

Anne and her then husband, Capt Mark Phillips, were unhurt during the late-night ambush. But three others including her personal detective were wounded. Mr Russell, who was 6ft 2in, 17st and had trained at the same gym as the Kray twins, was heading home from his job as a cleaning manager when he came across the drama. 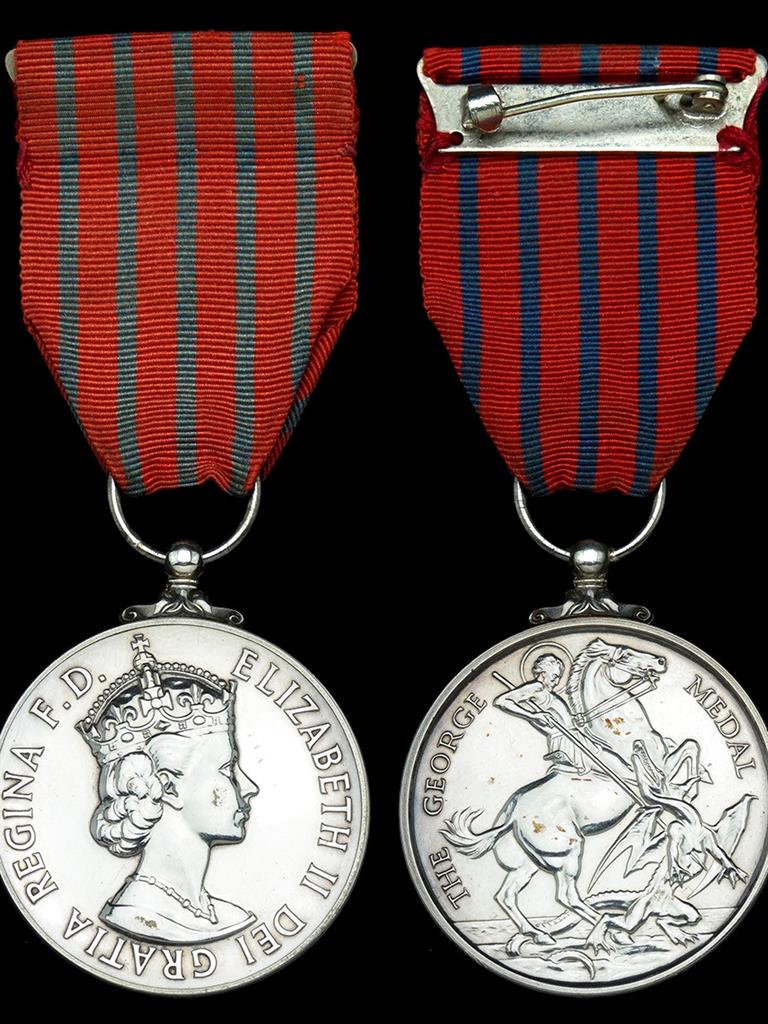 He said Ball was trying to drag the princess, then 23, out of the car but she told him: ‘Go away and don’t be such a silly man.’ He added: ‘He stood there glaring at me with the gun and I hit him as hard as I could.’