A BOTTLE of wine made for Adolf Hitler and given to a general in 1944 has been unearthed.

Although teetotal, the Nazi leader had bottles of ‘Führerwein’ made every year during World War II and gave them to high-ranking officials on his birthday. He insisted the label carry a picture of him in uniform. 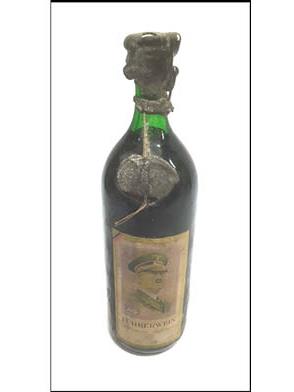 The bottle, acquired by a British man during a visit to Hungary 30 years ago, is being sold by auctioneer Greenslade Taylor Hunt of Taunton, Somerset tomorrow with an estimate of £300 to £500.

Auctioneer Peter Rickman said: ‘If you want a good red wine from the 1940s then you are better off spending your money on something else.

‘The value of this bottle is in its historic links,’ he added.