TWO British pilots have landed back in the UK after becoming the first people to fly around the world in a Spitfire.

The project — called Silver Spitfire: The Longest Flight — started and finished at Goodwood Aerodrome, base of Boultbee Flight Academy, the first-ever school for Spitfire pilots, in West Sussex. 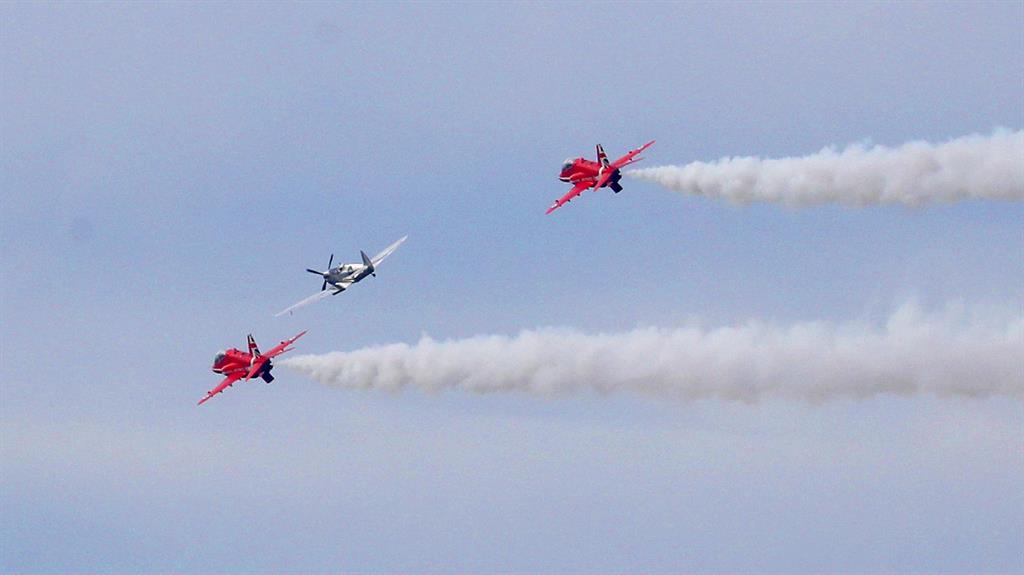 As the pilots prepared to land — escorted by two RAF Red Arrows — Coulthard said: ‘Seeing you off was very emotional and it’s fantastic to know it’s been a great, successful trip.’ The duo achieved their feat in a single-seater Mk IX Spitfire originally built in 1943.

They were accompanied by a ‘chase plane’ for safety and followed a route to Scotland, then west across the US, Canada, Japan, Russia, India, Europe and back to Britain.

They had to stop off at 100 locations in 30 countries.