Lingard, who hopes to be fit for tonight’s Carabao Cup semi-final first leg with Manchester City, did not score or register an assist in the Premier League during the whole of 2019.

Off it, the 27-year-old — who has teamed up with Mino Raiola, the super-agent who represents Paul Pogba — was criticised for uploading a crude video onto Snapchat in the summer.

Solskjaer said of social media: ‘I think it is part of being a Man United player. I think it is important you do give of yourself but in a positive way and it is football-related.

‘I do speak to players about how they portray themselves. I don’t have social media and never have but it is a different generation.

‘Jesse has had his ups and downs but the games against City and Tottenham (last month), are examples of how important he can be for us.

‘Of course we want him back scoring goals and making assists.

‘No one runs as much as Jesse, he’s a great trigger for us in the pressing.

‘He is a lively, bubbly character. I don’t think you see as much on social media as you used to do with Jesse.

‘I’ve known him a few years and he is getting back to the Jesse I knew.’

Solskjaer will give Lingard, Anthony Martial and Luke Shaw — who missed United’s 0-0 FA Cup tie at Wolves — and Harry Maguire, who injured a foot at Molineux, until the last minute to prove their fitness.

‘Three semi-finals in a row. It is not the biggest competition in the world but it is nice to be there again and against our city opponents, so it is nice to be here’ — City boss Pep Guardiola admits Carabao Cup glory is not his biggest priority but insists he is happy to have another chance of silverware, having lifted the trophy for the past two years

City have their Guard up over Ole’s style 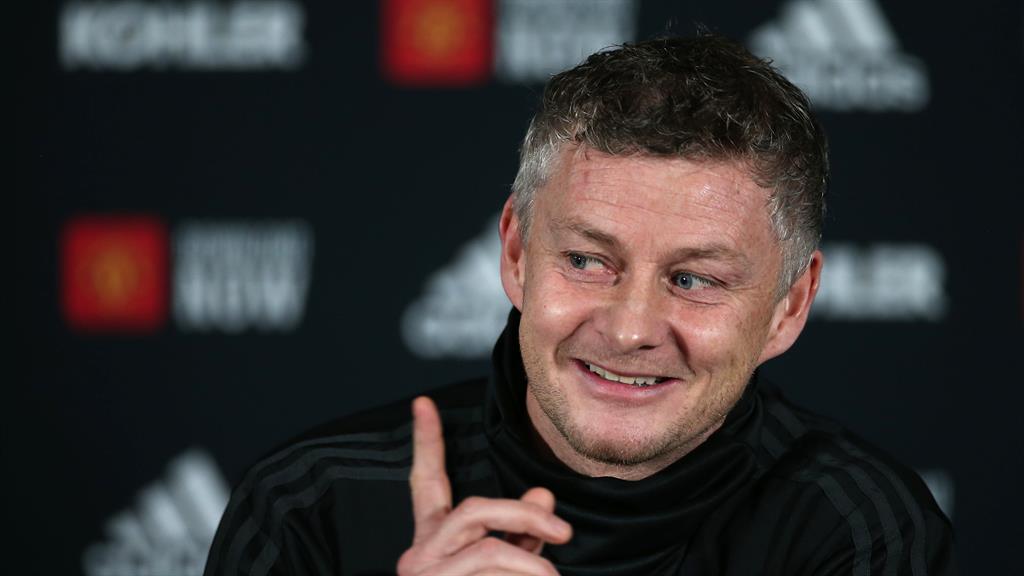 United’s form in Solskjaer’s (pictured) first full season in charge at Old Trafford has been mixed, with wins over Tottenham and City in the space of four days last month offset by frustrating defeats to Watford and Arsenal.

But ahead of tonight’s Carabao Cup semi-final at Old Trafford, City boss Guardiola said: ‘I think he starts to see in his team what he wanted. Even the last game against Arsenal that they lost, we see clearly what he wants.

‘It was not easy to take over a big, big club always demanding to be champions in all competitions, but every manager needs time and I have the feeling United are starting to play the way he wants.’ Guardiola saw United’s potential when they won 2-1 at City last month.

Asked what he learned from that game, Guardiola said: ‘How fast they are, how they run on the counter-attack, how solid, how aggressive they are.

‘We conceded a few counter-attacks and in just two or three seconds they were in the box, so they have incredible pace and talent to do that.’

In the snood for more cup success 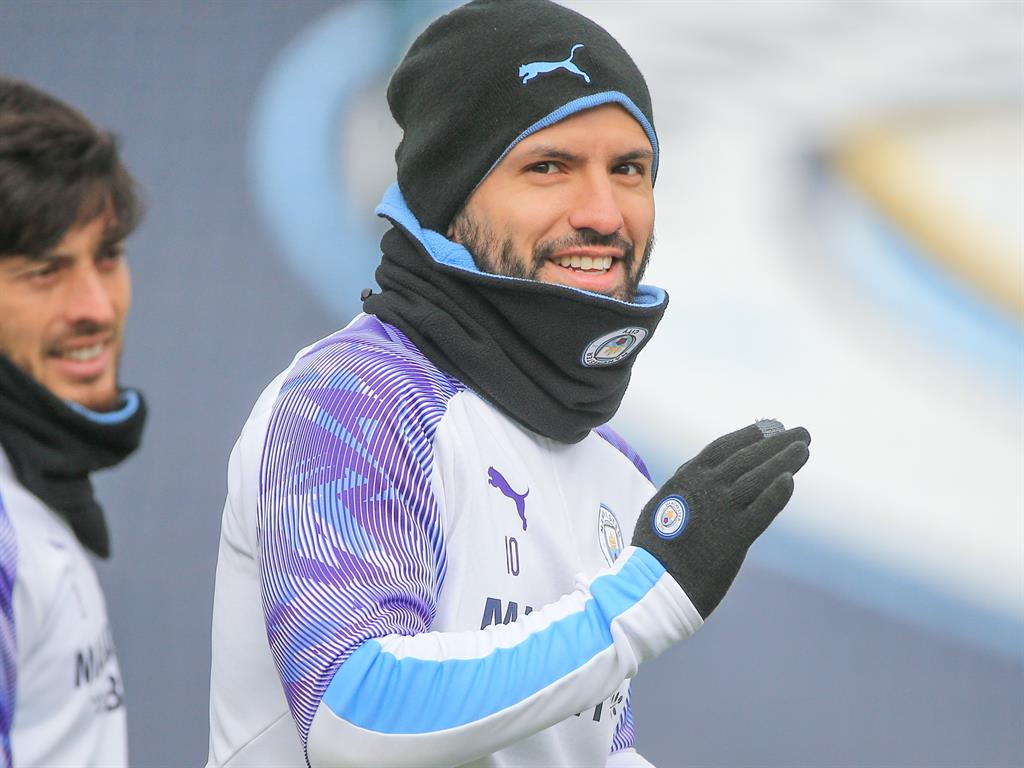 SERGIO AGUERO seemed in relaxed mood as he wrapped up against the cold in training yesterday.

The Manchester City striker will look to add to his 15 goals for the season, having netted in the past two games, in the first leg of the Carabao Cup semi-final at Manchester United tonight.

A four-time winner of the competition, Aguero is fit and firing after an injury lay-off before Christmas.