BORIS Johnson has opened up about his near-death experience with coronavirus — as he and Carrie Symonds gave the world a first glimpse of the baby they named after doctors who helped save the prime minister’s life.

Mr Johnson spent three nights in intensive care at St Thomas’ Hospital in London and said he was given ‘litres and litres’ of oxygen as medics deliberated how to break news of his death. 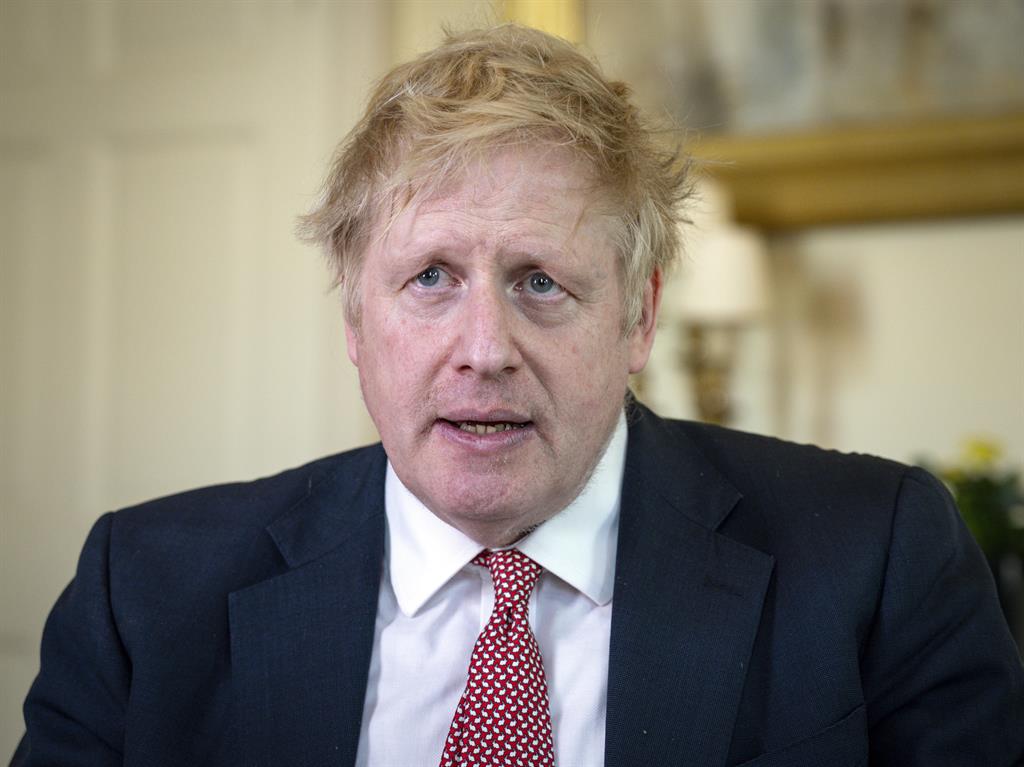 And he said that while the baby’s first names Wilfred and Lawrie are in honour of his and his fiancee’s grandfathers, the third name Nicholas is in recognition of two of the medics who treated him — Dr Nick Price and Prof Nick Hart.

‘They had a strategy to deal with a “death of Stalin-type” scenario,’ Mr Johnson (pictured above) told The Sun on Sunday.

Describing it as a ‘tough old moment’, he said: ‘I was not in particularly brilliant shape and I was aware there were contingency plans in place.

‘The doctors had all sorts of arrangements for what to do if things went badly wrong. They gave me a face mask so I got litres and litres of oxygen and for a long time I had that and the little nose jobbie.’

Mr Johnson, 55, said it was ‘hard to believe’ his health had deteriorated in a few days, saying he ‘couldn’t understand why I wasn’t getting better’. He said ‘indicators kept going in the wrong direction’ and he asked himself: ‘How am I going to get out of this?’

‘The bad moment came when it was 50-50 whether they were going to have to put a tube down my windpipe. That was when it got a bit… they were starting to think about how to handle it presentationally.’

The PM said he was ‘in denial’ initially about how serious his illness was and that doctors were right to ‘force’ him to go to hospital. Just two days after he returned to work full-time, Ms Symonds gave birth to their son on Wednesday. She shared an Instagram picture of her cradling their son, saying: ‘Thank you so, so much to the incredible NHS maternity team at UCLH that looked after us so well. I couldn’t be happier. My heart is full.’

In a statement, the two doctors sent ‘warm congratulations’ and said they were ‘honoured and humbled’ by the recognition. They also thanked the ‘incredible team’ for ensuring ‘every patient receives the best care’.