BORIS JOHNSON has insisted he is prepared to borrow to finance ‘great projects’ if he becomes Tory leader.

The former foreign secretary said he will use ‘headroom’ to invest in multiple schemes at the same time as cutting taxes, adding he is ‘prepared to borrow’ but ‘keep fiscal responsibility’.

He also pledged to increase the number of special educational needs free schools as part of a £4.6billion school funding plan.

Appearing on Sky News’ Sophy Ridge on Sunday, Mr Johnson said of his spending plans: ‘There is headroom of about £22billion to £25billion at the moment.’

Asked if he was prepared to see borrowing increase, he added: ‘If it’s to finance great infrastructure projects and there is an opportunity to borrow at low rates and do things for the long-term benefit of the country then we should do them.’

On suspending — or ‘proroguing’ — parliament to push through Brexit, Mr Johnson said he did not expect to do it, but kept the option on the table.

He also claimed his words were ‘totally taken out of context’ when it came to reports he said ‘f*** business’ last year. He used the same defence when questioned about previous remarks in which he referred to black people with ‘watermelon smiles’, to which he replied ‘in a wholly satirical way’, and women in burkas who ‘look like letterboxes’. 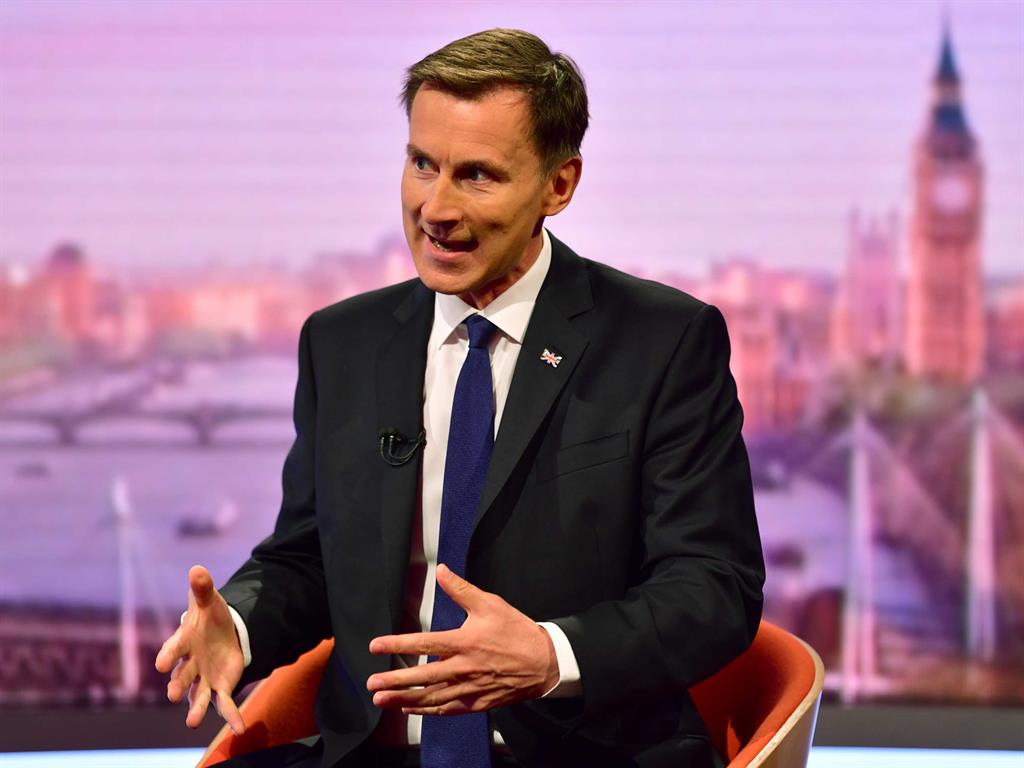 In his own leadership pitch, Jeremy Hunt (above) said he would be prepared to pursue a no-deal Brexit ‘with a heavy heart’ despite risks to business. The foreign secretary told BBC One’s Andrew Marr Show he could refuse to pay part of Britain’s £39billion exit bill to the EU if negotiations fail, while repeating that he believes he can secure a deal.

He said: ‘If we got to the end of October and we’ve got a deal and we’re trying to get it through parliament but we need a few more days, I’m not going to rip up that deal — Boris is.’

Meanwhile, Theresa May, arriving at a special European Council summit, said Mr Johnson’s ‘do or die’ approach to the October deadline was not the right way to go.