BORIS JOHNSON challenged Donald Trump to work out a fresh nuclear deal with Iran yesterday as he called for a ‘dialling down’ of tensions with the Gulf state.

The prime minister admitted he was not told in advance of the US airstrike that killed Iranian general Qasem Soleimani on January 3. The attack was followed by Iran’s accidental shooting down of a Ukrainian passenger jet, killing all 176 people — including four Britons — on board.

In his first interview of the year, he told BBC Breakfast’s Dan Walker: ‘The most important thing now is that tensions in the region calm down. People in the region don’t want a military conflict between the west and Iran. I don’t want a conflict.’

Mr Johnson spoke out as the UK joined France and Germany in accusing Iran of breaching the 2015 treaty that bars it from developing nuclear weapons.

Mr Trump withdrew from the joint comprehensive plan of action (JCPOA), claiming it was ineffective, and imposed sanctions in 2018, but has pledged to prevent Iran acquiring a nuclear weapon.

Mr Johnson said: ‘If we are going to get rid of it, let’s replace it with the Trump deal. He is a great deal-maker — by his own account and many others. Let’s work together to replace the JCPOA and get the Trump deal instead.’ He said it was ‘no secret’ that he was on holiday on the Caribbean island of Mustique when Mr Trump ordered the drone strike on Soleimani.

‘Let’s be clear this was not our operation, there was no reason for us to be informed,’ he said. ‘There were no UK assets involved. Our job once it had happened was to make clear the UK position.’ The prime minister said he was ‘glad’ Iran had acknowledged its responsibility for downing the aircraft which took off from Tehran Airport as the country was carrying out air strikes on US camps in Iraq last week. 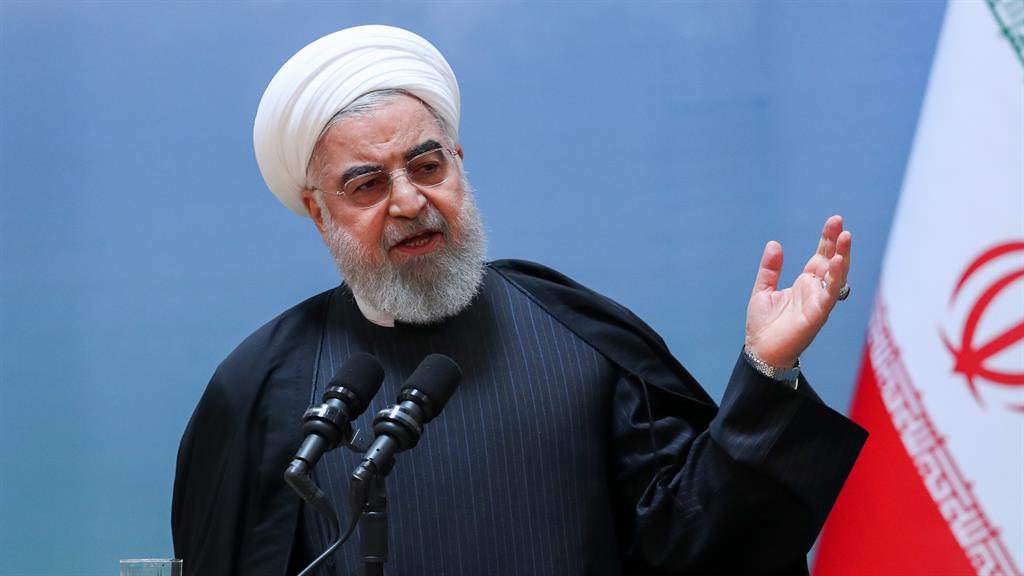 ■ IRANIAN president Hassan Rouhani has called for a special court to be set up to investigate the shooting down of a Ukrainian passenger jet as it was revealed several arrests have been made.

Mr Rouhani (pictured) called the incident last week ‘a painful and unforgivable’ mistake, adding that those found culpable ‘should be punished’. In a televised speech, he said: ‘This is not an ordinary case. The entire world will be watching this court. I want this issue expressed honestly.’

Meanwhile, Britain’s ambassador to Tehran was last night labelled ‘persona non grata’ by Iran’s judiciary as it called for him to be expelled from the country.

Rob Macaire was accused of failing to respect the nation’s laws when he attended a vigil for the plane crash victims.