BORIS JOHNSON may be granted less than a month to get his deal past MPs or face a no-deal Brexit.

The EU was split last night over how long an extension to offer after the Commons rejected the prime minister’s timetable for an October 31 Brexit.

Mr Johnson told EU leaders he still wants Britain out by Halloween and France’s Emmanuel Macron said a final extension should expire by November 15 at the latest.

But this raises the prospect of another summit as most other EU leaders, including European Council president Donald Tusk and Ireland’s Leo Varadkar, are understood to have said they preferred a January 31 deadline.

It is believed Mr Tusk is calling round ambassadors in an attempt to iron out differences. Mr Johnson told MPs: ‘I’ll wait to see what our EU partners say on parliament’s request. I think it would still be in the best interests of this country to get Brexit done by October 31.’

The PM called leaders including Germany’s Angela Merkel and Mr Tusk yesterday as they weighed up whether to grant the UK another delay. 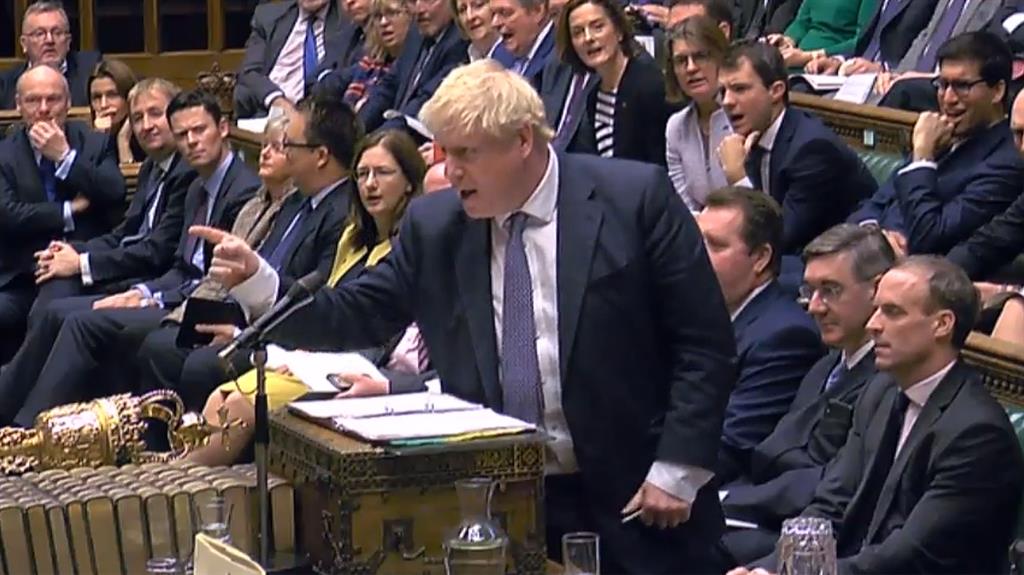 He also held private talks with Labour leader Jeremy Corbyn — for the first time since becoming PM — in a bid to break the stalemate after MPs approved his Withdrawal Agreement Bill in principle on Tuesday night, then threw out his 72-hour timetable.

But the prospect of a delay increased after the meeting broke down in recriminations, raising the chances of an early general election.

A Labour spokesman said Mr Corbyn ‘reiterated Labour’s offer to agree a reasonable timetable’ to scrutinise and amend the bill. ‘He restated that Labour will support an election when the threat of a no-deal is off the table,’ the spokesman added.

A Downing Street spokesman said: ‘We know what will happen — this broken parliament will always vote for delay rather than a deal.’