Gunners captain Aubameyang ended speculation over his future by putting pen to paper on a three-year agreement, three days after scoring in the opening-day win at Fulham.

It is understood the extension — worth a reported £350,000 a week — was wrapped up after Aubameyang’s brace helped Arsenal beat Chelsea in the FA Cup final last month. 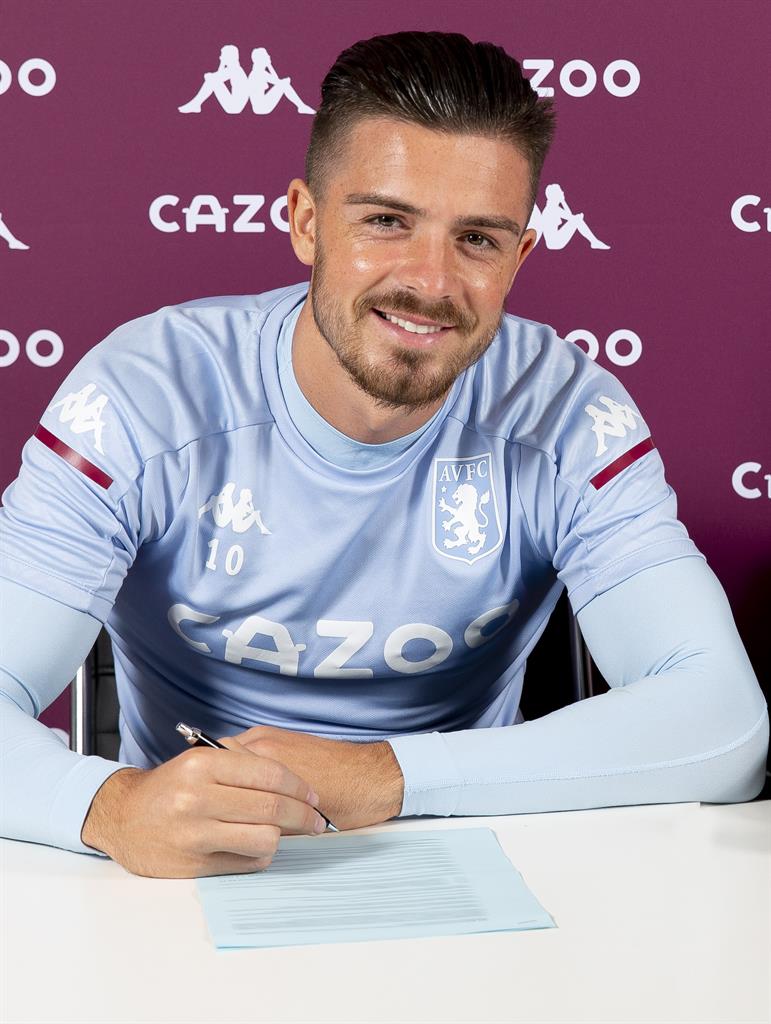 The 31-year-old said: ‘Everybody knows how special this club is. I have seen incredible players, passionate players, “Invincible” players.

‘I dream of being one of them, among the best, and staying in the hearts of the fans forever.

‘I want to become an Arsenal legend just like Thierry [Henry], [Ian] Wright, [Tony] Adams and [Dennis] Bergkamp. I want to leave a legacy here, this is where I belong, this is my family.’

The Gabon striker has been crucia for the Gunners since joining from Borussia Dortmund in January 2018, scoring 72 goals in all competitions. Arsenal manager Mikel Arteta said: ‘It was important for Pierre-Emerick to stay with us.

‘He’s an important leader and a big part of what we’re building. He wants to be up there with the best players in the world and leave his mark. He can achieve that here.’

Meanwhile, Villa have also succeeded in tying their skipper down to a new deal, with Grealish staying put until 2025, having been heavily linked with a move to Manchester United this summer.

The 25-year-old is believed to have been convinced of his future following talks with the club’s owners after helping Dean Smith’s side to stay in the Premier League last term.

Grealish said: ‘I am delighted to make this commitment to Villa.

‘It is my club, my home and I am very happy here.

‘The owners have made it very clear to me how ambitious they are and how they want to build Aston Villa. There are exciting times ahead and I am very glad to be part of it.’