The Sentence is Death 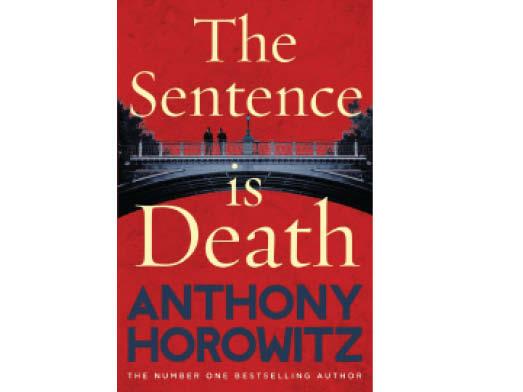 THE man behind teen spy franchise Alex Rider is back with a new grown-up mystery series that began with last year’s The Word Is Murder, in which the author himself is the hero, cracking crimes with maverick ex-copper Daniel Hawthorne.

Set in 2013, while Anthony Horowitz is shooting his Foyle’s War for ITV, it centres on a high-profile divorce lawyer, Pryce, found beaten to death with a bottle of wine at his Hampstead home.

The prime suspect is Japanese-American novelist Akira Anno, overheard threatening him in a restaurant after Pryce represented her ex-husband during their divorce. But the plot thickens when Pryce’s friend Gregory also dies — apparently pushed under a train — and it emerges both men were burdened by the death of a friend while caving in Yorkshire.

Cluedo-style antics aren’t the only thing going on here, though: there’s added interest in the shape of a bitter book-world satire, as the fictional Horowitz finds himself scorned by Akira, a multiple Booker nominee with a whopper of a secret up her sleeve.

She’s a cartoon cut-out designed, you suspect, to troll the literary world — as if Horowitz, not content with selling squillions of books, needs to take potshots at notions of prestige.

But if there’s a chip on his shoulder it doesn’t get in the way of the fun on offer here. So-called autofiction (in which the writer is the protagonist) is a genre often derided for narcissism but by bolting it to a crime story that keeps you up into the small hours, Horowitz has given it a welcome shot in the arm.

A winning hybrid of winky metafiction and page-turning mystery

Michelle Obama’s memoir of her life up to her and Barack’s departure from the White House in 2016 is the literary event of the year in sheer numbers alone: pre-orders have been second only to those for Harper Lee’s Go Set A Watchman.

In always lively, thoughtful and cliché-free prose, the former First Lady describes an extraordinary life shaped by self-belief, determination and the ‘invisibility’ that comes with being black, as she recounts her journey as an academically gifted child from a loving blue-collar household in Chicago to the world’s most famous address. 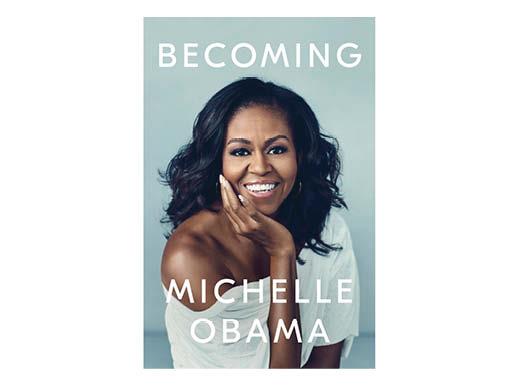 Obama makes clear she is not a political person — she comes across as much more interested in ‘causes’ than the political nitty-gritty — but this is undeniably a political book, both a fierce critique of the Donald Trump administration’s politics of hatred and a powerful reminder of a better, more compassionate America. CLAIRE ALLFREE 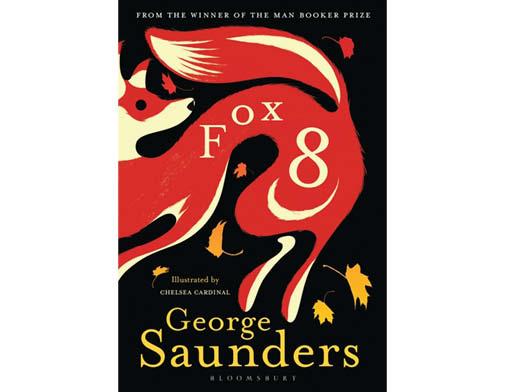 On the surface at least, Fox 8 appears to be a small slice of beautifully illustrated children’s fiction and not the most obvious follow-up to George Saunders’ dazzling Booker Prize-winning Lincoln In The Bardo.

Fox 8 has learnt ‘Yuman’ by hiding in the bushes outside a house and listening to children’s bedtime stories. His ‘Yuman’ is not perfect, though — ‘Sorry for any werds I spel rong. Because I am a fox! So don’t rite or spel perfect.’

He embarks on an adventure to try to save his pack from the construction of a shopping mall. But what starts as a sweet, idiosyncratic tale quickly becomes bleak and brutal as it emerges that Fox 8 is an émigré’s tale. It’ll take you an hour to read but will stay with you far longer. PAUL CONNOLLY

Our Metro Book Chat podcast, available on Entale, iTunes and other podcasting platforms, is the perfect listen for your commute. Our social feeds are also a great place to share your views on our monthly choices. Let us know your views at facebook.com/metrobookchat. Catch this week’s podcast with ‘happiness’ author Helen Russell.