■ Polly Samson deconstructs the ’60s utopia of Hydra in her novel

ON THE Greek island of Hydra in 1960, a young Leonard Cohen arrived with big plans to write a novel. It was a good place for a creative retreat: already living there was Australian feminist writer Charmian Clift in boozy, bohemian domesticity with her novelist husband George Johnston. Oh, and in a simple house up the hill there was Marianne Ihlen, a Norwegian who was married at the time to prodigiously talented writer Axel Jensen, and who Cohen would later immortalise in the song So Long, Marianne… 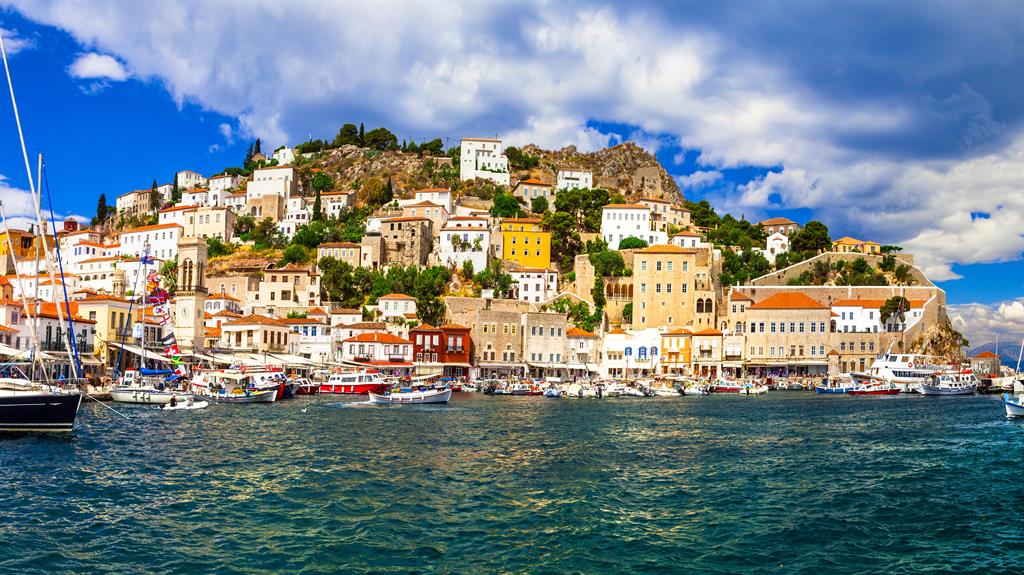 Polly Samson’s new novel, A Theatre For Dreamers, set among Hydra’s artistic circles in 1960, is already a best-seller and it’s easy to see why. Not only does it dazzle quarantined readers with woozy images of the island as an escapist utopia — all sun-blasted hillsides, lemon trees and town squares stuffed with writers and musicians — it’s also a fascinating portrait of figures who have largely dropped out of history.

Few know much about Ihlen beyond Nick Broomfield’s documentary Marianne & Leonard, which came out last year. Even fewer know of Clift, whose better-known husband depended on her to help him write such best-sellers as My Brother Jack. Clift wrote a series of groundbreaking feminist columns when the couple returned to Australia before committing suicide in 1969. Her memoir of Hydra, Peel Me A Lotus, is out of print.

‘Clift was way ahead of her time,’ says Samson. ‘There was Simone de Beauvoir, of course, but you had to wait another ten years for Germaine Greer. Clift was very much existing in a man’s world, trying to do her own work on Hydra while being labelled George’s muse. Yet at the same time she genuinely loved that.

‘I work in collaboration with my husband sometimes so I could identify with that idea of desperately wanting to be that amazing person who facilitates and encourages. Muse is a terrible thing to consign someone to being but it has its own rewards.’

Samson, author of two short story collections and two previous novels, is married to Pink Floyd guitarist Dave Gilmour, with whom she has three children. Nonetheless, the story of Marianne, who was abandoned by Jensen on Hydra soon after the birth of their son, Axel Jnr, and around the time of Cohen’s arrival, resonated with her.

In her early twenties, Samson had a son, Charlie Gilmour, with poet and artist Heathcote Williams, who would leave them both soon after. And like Jensen, Williams, who died in 2017, was a brilliant but unstable character who flitted in and out of his son’s life at significant emotional cost. Charlie, now happily married, had a precarious relationship with his father and hit the headlines for climbing the Cenotaph in 2011 while high on drugs.

The impact of parental neglect is a strong theme of A Theatre For Dreamers, though Samson refutes the idea creativity itself is bad for children trapped in its orbit.

‘Both my husband and I have a very strong work ethic but we take it in turns to write a novel or make an album so one of us is always looking after the children,’ she says. ‘Of course, we are lucky we have the financial means to do so, but what really did for Clift and Johnston was alcohol. There was this vogue at the time for allowing the children to run wild while the adults got completely p***ed in front of them. With Marianne it was different. She was fantastically promiscuous and invariably put her son second to whichever man was in her sights.’

Ihlen sent Axel Jnr back to Norway for a period when he was a baby and later installed him in experimental English boarding school Summerhill. Still alive, he has been in and out of psychiatric institutions for much of his life.

Of course, it’s Marianne who is criticised for being a bad mother rather than Jensen for being a bad father. A Theatre For Dreamers is set just before the 1960s feminist revolution took off (and before drugs had properly taken hold too) and it’s narrated by the fictional, motherless 19-year-old Erica, who has come to Hydra in search of direction.

‘I wanted to find a way to talk about women’s rights at that time since Charmian and Marianne were both running their households and in many respects were surrendered women,’ says Samson. ‘I wanted to have someone unformed looking for female role models but also finding non-role models.’

All the same, black-and-white photos of Ihlen, Clift et al available on Google evoke blissful images of sexual and creative liberation. Does Samson wish she had been there?

‘Not at all!’ she says. ‘I like being able to slip into it in a trancey, imaginative way but I much prefer my own existence.’ 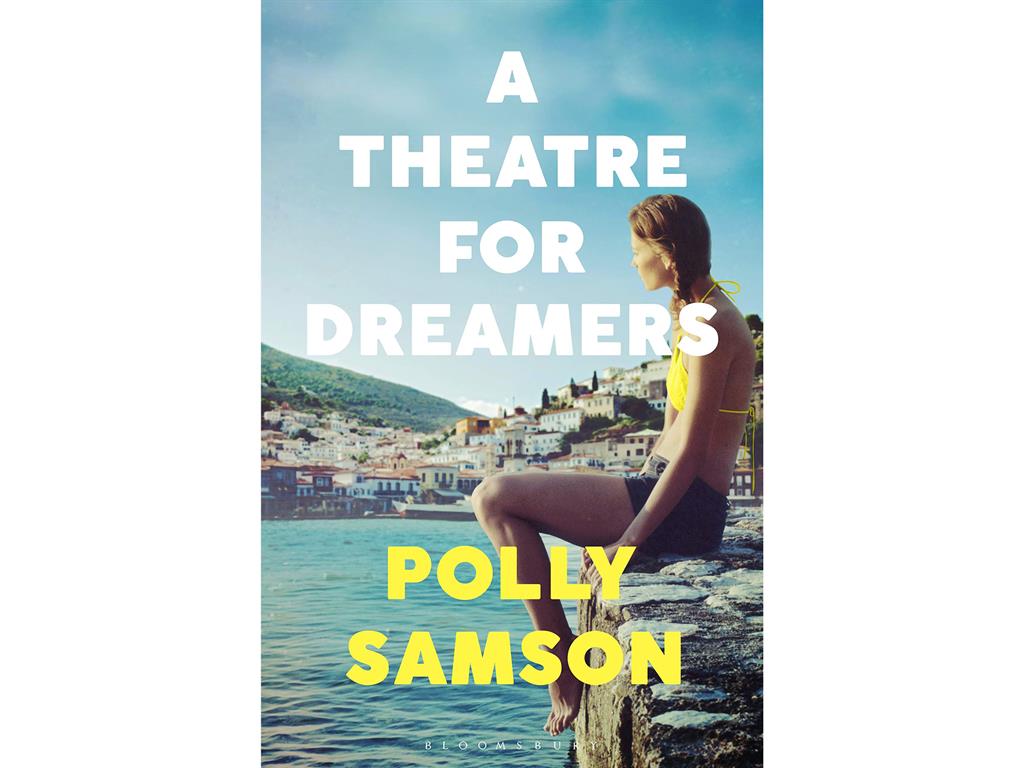 ■ A Theatre For Dreamers (Bloomsbury) is out now

Vogue editor no slave to fashion

Clothes… And Other Things That Matter by Alexandra Shulman (Octopus Books) ★★★✩✩

By her own admission, Alexandra Shulman didn’t exactly fit the mould of what a Vogue editor might look like when, aged 35, she took over the magazine in 1992. She was a size 14 with a round face and long, tangled hair, and privately longed to wear grunge rather than Chanel to the office.

The board shared her doubts, unsure whether someone who only spent £4,000 a year on clothes was the right person to edit the world’s leading fashion magazine. (In fact, the real figure was nearer £1,000.)

Shulman has already published an insider diary of Vogue’s 100th year; this is a scrapbook of musings on what some of the 34 jackets and 35 T-shirts in her wardrobe mean to her.

It’s written with the same down-to-earth approach with which she steered the magazine for 25 years, aimed at the sort of woman who, like the teenage Shulman, might dig out a mannish white shirt in the hope it would make her look like Patti Smith circa 1975.

In other words, the sort of anxiously fashion-loving woman for whom the promise of clothes often falls short of reality.

Key moments in history are examined: the rise of the LBD in the late 1980s; Corinne Day’s game-changing pictures of a young Kate Moss in the early 1990s; the blingy Juicy Couture outfit of LA celebrities in the early 2000s.

She is more interested in what clothes say about a historical moment than in fashion for fashion’s sake, is candid on women’s often emotional relationship with them and very funny on the nightmare of buying bras. It’s comfort-reading at its most reassuring. If you can’t binge on the real thing right now, binge on this. 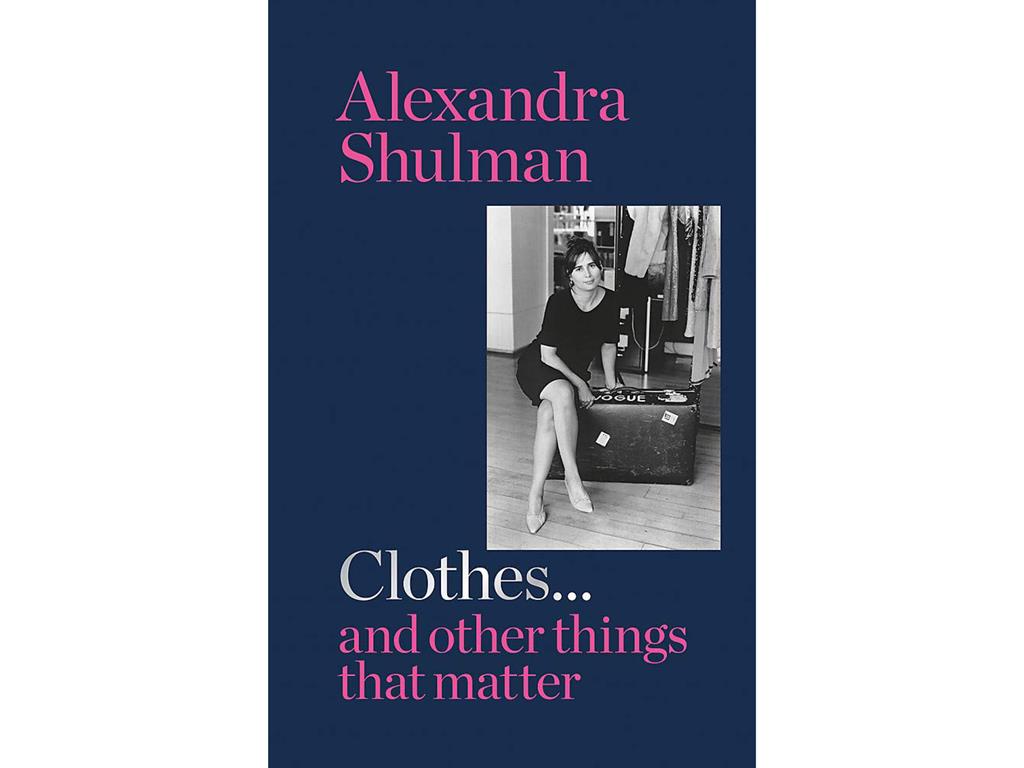