VANESSA is a gifted, lonely 15-year-old new pupil at a prestigious boarding school. Her English teacher, Jacob Strane, encourages her poetry and compares her red hair to a maple leaf. During one lesson he briefly touches her knee. Then he gives her a copy of Nabokov’s Lolita and before long they are mired in an affair, using his office after class and his house at weekends. He buys her strawberry pyjamas and tells her he recognises himself in her, that they are soulmates, in love.

Russell’s startling novel alternates between Vanessa at 15 and at 32, her life a mess, her academic potential squandered, her heart and body still the possession of Strane’s, with whom she is occasionally in touch. Then a journalist contacts her: another pupil at the school, long after Vanessa was forced to leave, has gone public with allegations of sexual abuse. Will she speak about what happened to her? Vanessa refuses — what happened to her wasn’t abuse, it was a love affair. 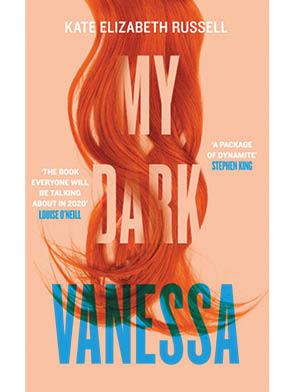 Told from Vanessa’s point of view, this brilliantly allows the facts of the matter and Vanessa’s interpretation of them to co-exist in queasy parallel. Vanessa persistently rewrites what happened, telling herself how much she wanted it, how meaningful was the relationship between them while acknowledging too how much Strane’s body repelled her, how much it hurt.

As #MeToo, never directly referenced, gathers pace, Vanessa is unable to find in its crude vocabulary of abuse anything that comes close to approximating the nuance of what happened to her. Yet the truth of it, and the extent to which people and institutions have let her down, are screamingly apparent. Like Lolita, this novel adroitly navigates the ambiguities of experience while prompting in the reader feelings of sickening horror.