■ The American boxing trainer, a former world champion, will be in Amir Khan’s corner for the first time in Friday’s WBC pearl welterweight title clash against Australia’s Billy Dib in Jeddah

Did Amir contact you about a change of coach after losing to Terence Crawford in New York in April?

After the Crawford fight, with the way Amir was feeling with boxing, he was in contact with Alex Ariza and Amir said he wanted a change. He recommended me. There were four or five guys and he slowly boiled it down to me.

What did you make of his performance that night?

Not everybody can be 100 per cent every time but he looked about 50 per cent that night. He was slow from the beginning and you could see he wasn’t prepared. He needed a fresh start, something new.

What kind of trainer are you?

I’m very competitive — I don’t like to lose. I’m gonna do whatever I have to do to get that out of him. Working with Gamboa, you just had to talk to him. Different fighters, different personalities. I’m pretty calm.

What have you been working on?

We’ll be really good by the time of this fight and as time goes on we’ll be very close. With every move he makes, I’ll know what he’s feeling. He’s been dealing with being rusty, having a new trainer and doing what I ask him to do. 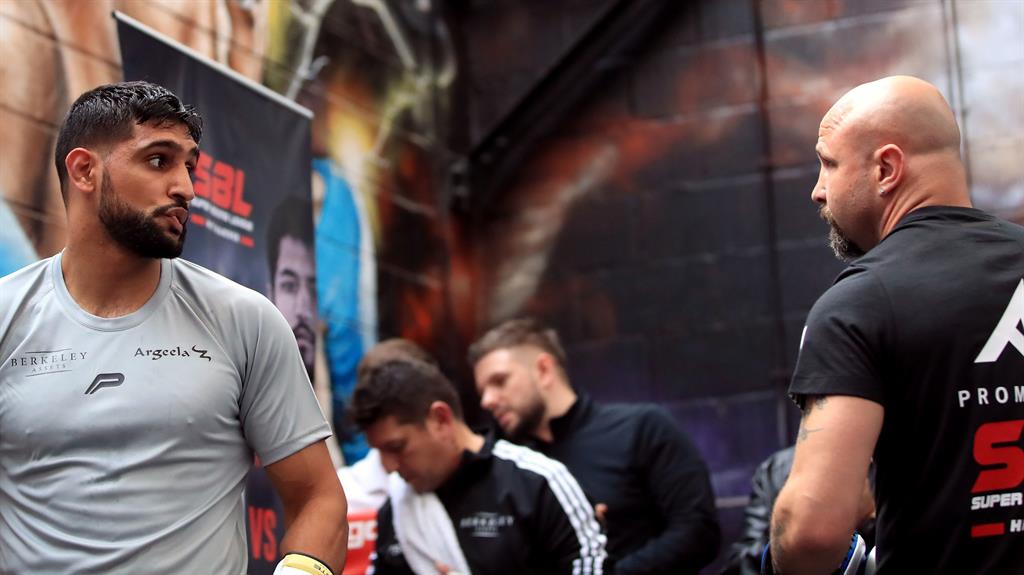 As long as he keeps listening to what we’re saying, and trying, that’s all we can ask.

What do you make of your new charge’s first fight being in Saudi Arabia?

As a fighter or a trainer, you think ‘f**k it, let’s go’. Money can be an addiction. We don’t really care where it is — we’re ready to go in any case. If the big fights are here and they offer more money, who cares? As long as there’s a TV audience of course.

Can Khan now see the end of the road in his boxing career?

Right. He needs three to four fights for his legacy, that’s all, although I’d say he has that and that these fights just add to his legacy now.