‘So, we’ll be staying in a posh Travelodge?’ asks my wary pal, Lee, as we sit in Oxford’s rush-hour traffic. Eventually, we spot the neon-pink Mollie’s sign and as soon as we step into the stylish lobby, she changes her mind.

Mollie’s is not your regular roadside motel. Opened in Buckland in February, it’s the latest venture to come out of the Soho House stable and while the A420 — the main drag between Oxford and Swindon — may seem like an unlikely location, their new Mollie’s Motel is set to revolutionise roadside pit stops.

Mollie’s is less Crossroads and more contemporary Californian motel, and with its 1950s-style diner and drive-thru, and mid-century lobby, it’s a cut above the grubby roadside digs we all know and loathe.

The 79 rooms are understated — bleached wood, pale-green tones and metro-tiled bathrooms — but all have comfy beds swathed in Egyptian cotton, massive rainforest showers and Cowshed products.

There are also bunk rooms, which can sleep up to four, making it fab for families. In fact, children will totally dig the burgers, pancakes and retro milkshakes in Mollie’s Diner, which is open from 7am until 10pm.

After hours, guests can hang out in the 24-hour lobby, which has free tea and coffee, various alcoholic drinks including mini bottles of Prosecco and Hershey bars and posh popcorn. 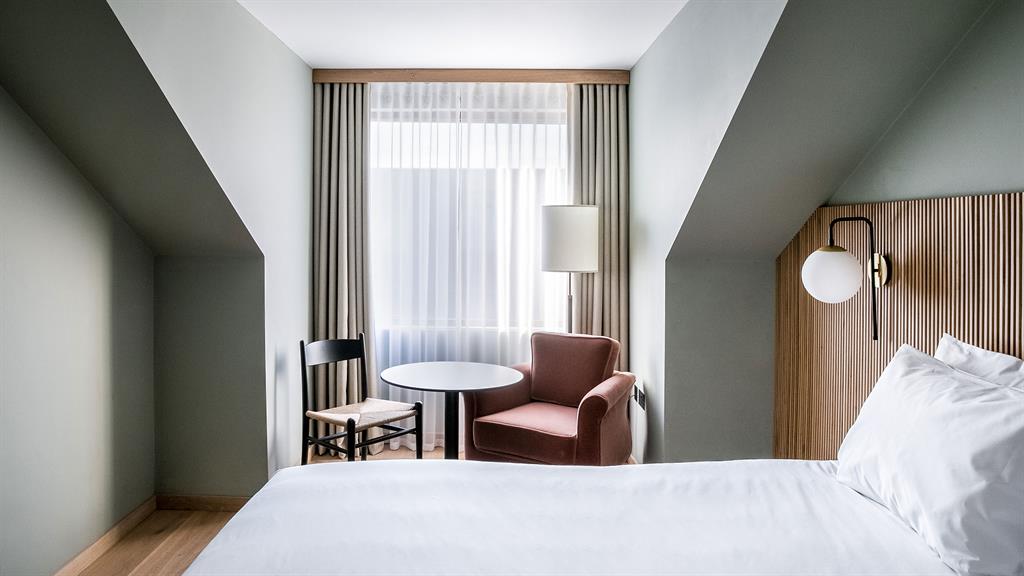 While there’s not much going on in Buckland, it’s only ten miles from the Cotswolds for other attractive villages to explore, and 25 minutes’ drive from Oxford, making it a hip alternative to the usual cutesy inns and wisteria-strewn cottages of Middle England.

After our drive Lee is in desperate need of libation, so we run over to Mollie’s Diner for cool pints of Cotswold IPA (£4) and fat burgers (£8) served by the perky staff. As the diner closes we head back across the car park for a cheeky nightcap in the lounge.

In the morning, it’s back to the diner for American pancakes with cured bacon and maple syrup (£7) and a bucket of coffee. Sliding into a petrol-blue leather booth, I can see why it’s a hit with the Oxfordshire set.

While it’s definitely more a traveller’s pitstop than a weekend bolthole, Soho House are really on to something here. Hopefully we’ll soon be seeing Mollie’s Motels on roadsides all around the country soon.

USP: A California-style motel with stylish yet affordable rooms and a slick 1950s-style diner and drive-thru.

Who goes there? While I’m convinced I saw comedian Harry Enfield demolishing a cheeseburger at the next table, it generally attracts a younger Oxfordshire set and those in-the-know on a road-trip west.

Venture out: The spires and quadrants of Oxford are a 25-minute drive away. Nip into The Eagle And Child pub, which counts JRR Tolkien and CS Lewis as former patrons. Alternatively, visit Minster Lovell, a pretty village with atmospheric ruins of an old hall.

From £50pn for a standard room (room only), molliesmotel.com