DELIVERIES of glass milk bottles have increased five-fold in the past two years as punters tune into Blue Planet and other environmental TV shows.

Early-morning milk rounds began to die out in the 1990s when supermarkets boomed and shoppers began to buy plastic containers rather than the traditional glass bottles which could be refilled.

But conscientious consumers have begun to switch back, in a bid to cut down on plastic waste — a trend believed to be driven by TV shows such as Planet Earth.

Family business McQueen’s Dairies, based in Glasgow, has seen an increased demand for glass bottles being delivered before 7am. 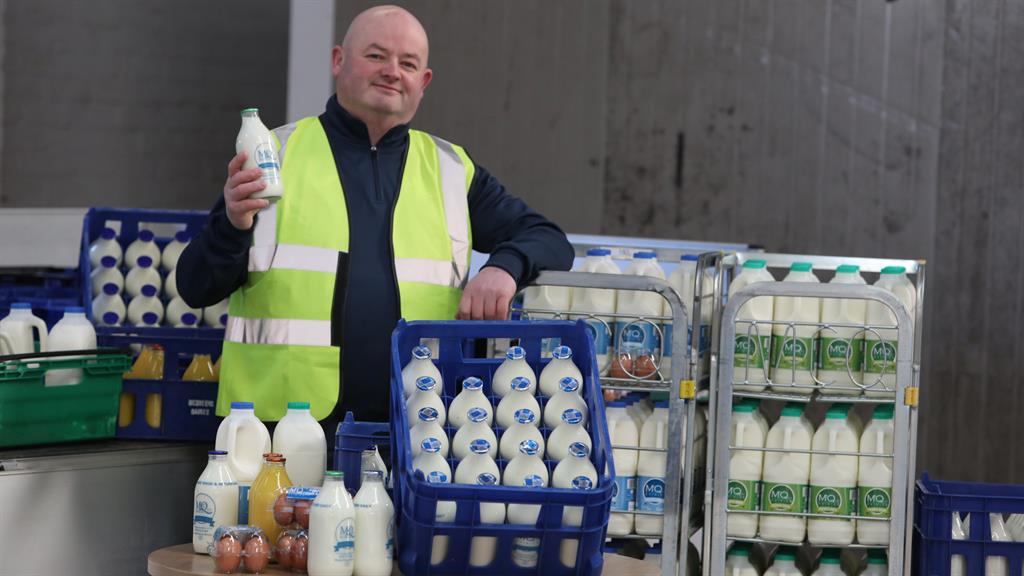 Founded in 1995 by married couple Mick and Meg McQueen, the business is now hiring more staff to cope with the demand.

The couple’s five children are in charge of regional depots across Scotland.

Last year they opened the Netherdale depot in Galashiels, Scottish Borders, with around 12 people hired to deliver milk.

But the workforce is expected to increase to some 40 milkmen this year, and the business has modernised by enabling customers to pay online.

The couple’s daughter, Pauline Quigley, said: ‘Since David Attenborough’s programmes Blue Planet and Planet Earth investigated the impact of single-use plastic is having in our oceans we have seen a huge increase in glass enquiries from new and existing customers.

‘Although we also deliver milk in larger plastic containers, across Scotland our glass sales have increased five-fold within the last two years.

‘Our family business was established 25 years ago and our main focus has always been supplying milk directly to the doorstep.

‘Our business has increased significantly, allowing us to open a depot in Galashiels and expand deliveries in the Borders.’

The company’s promise to have fresh milk, as well as eggs and juice, on the doorstep by 7am is proving hugely popular.

Pauline added: ‘Another part of the business which is expanding rapidly is our online orders.

‘Years ago milkmen came around the doors to collect their money, however our website lets customers place and manage their orders online and pay via direct debit instead.

‘McQueen’s is reviving the milk delivery industry — and we’re doing it here in the Borders.’