JAMES WARD-PROWSE celebrated his 26th birthday with a midfield masterclass to lift impressive Southampton into the Champions League places.

Villa battled back but two of their three goals came in injury-time and they can have no complaints at the visitors leapfrogging them in the table.

Saints thought they were ahead in the third minute when Ezri Konsa’s clearance hit Che Adams and found the net but a lengthy VAR check chalked that off.

Theo Walcott then clipped the bar from the edge of the area before Villa were forced to replace the injured Bertrand Traore with Trezeguet. So it was little surprise when Saints went ahead in the 20th minute, Ward-Prowse’s free-kick being met by Vestergaard’s thumping header.

Another set-piece brought their second after 33 minutes. After Walcott was fouled by Douglas Luiz, Ward-Prowse bent a brilliant 25-yard free-kick into the top corner for Saints’ 1,000th Premier League goal.

Matty Cash’s handball gave Ward-Prowse another chance from the edge of the box just before the break and the end result was the same as he curled home.

Saints were four-up by the hour when a flowing move ended in Ings cutting inside and firing home but Tyrone Mings pulled one back four minutes later when he glanced in Jack Grealish’s cross.

An offside flag denied Ings his second but Villa kept going and Alex McCarthy saved well from Trezeguet and Mings but could not stop Ollie Watkins’ penalty after Grealish was fouled by Ibrahima Diallo.

Skipper Grealish then found the bottom corner from 18 yards but it was too little too late for the hosts. 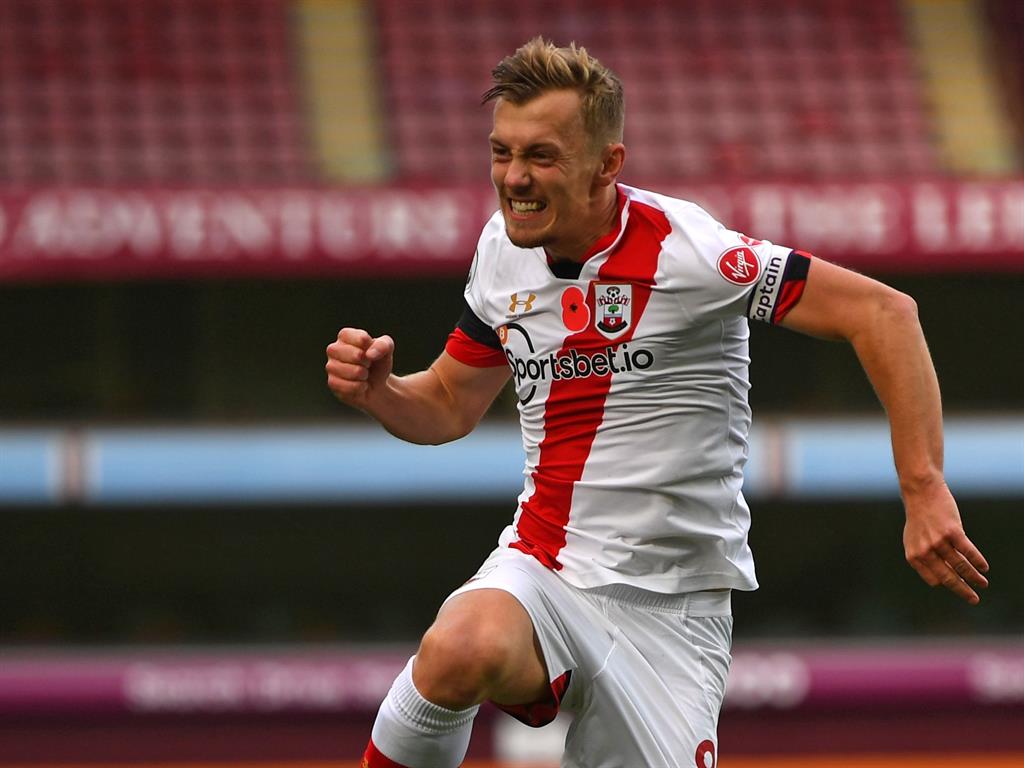 ■ RALPH HASENHUTTL hailed ‘role model’ James Ward-Prowse (pictured) after his starring role in Southampton’s 4-3 win. The midfielder produced two brilliant free-kicks after setting up Jannick Vestergaard’s opener. ‘It’s no coincidence he is our captain, he’s our role model for what we stand for,’ said Saints boss Hasenhuttl. ‘He’s an unbelievable fighter for the team. When he gets a chance around the box he is unbelievable. I am happy for him to have scored two but also because he supplied an assist for the first goal and for the one disallowed by VAR. ‘I’m very proud of my team but we have to be committed and organised. The first 60 minutes was pleasing but not the last 30. We were four-up but we stopped doing the things that had got us there.’