A POPULAR Big Issue seller has thanked donors who have chipped in to buy him a van to live in.

Jeff Knight, a vendor for 21 years in Bristol, is well known for dishing out fist-bumps, compliments and hugs as well as copies of the magazine.

He kept up his cheerful demeanour despite having to sleep rough — but now kips in his Volkswagen camper van after 500 people gave a total of £7,257 in a crowdfunding campaign. 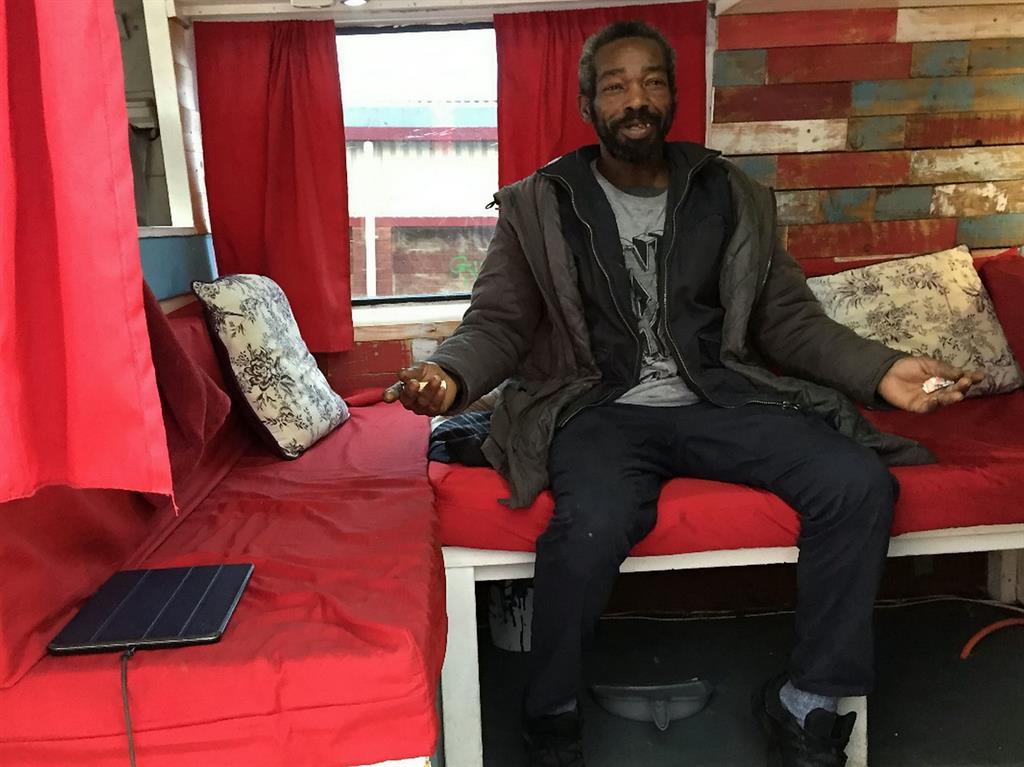 Mr Knight said: ‘Every morning I get up and say, “Yes! I’m indoors and I’m safe”. Sometimes when you’re sleeping rough, people aren’t very nice when they walk past. A few months back someone threw some booze on my sleeping bag at night and it’s not what you need, but now I’m in the van nobody can do that to me.’

Mr Knight moved to Bristol from his native Jamaica in 1998 after losing close friends during a prolonged spell of violence. He enjoys life as a street vendor and has said he can’t imagine doing anything else, adding: ‘Making people happy makes me happy.’

But Deasy Bamford, who launched the campaign, became worried about him when she was cycling home and saw him bedding down for the night.

‘I guess I’d never thought about his living situation before,’ she said.

The cosy van — equipped with a TV — cost £4,750 from Ontourcampervans, which offered a reduced price after hearing who it was for. Webb Biomass in Tiverton, Devon, carried out a free mechanical and electrical check.

The extra cash will be used for tax, insurance and MOTs for years to come. Mr Knight spent his first evening in the van watching the History Channel.