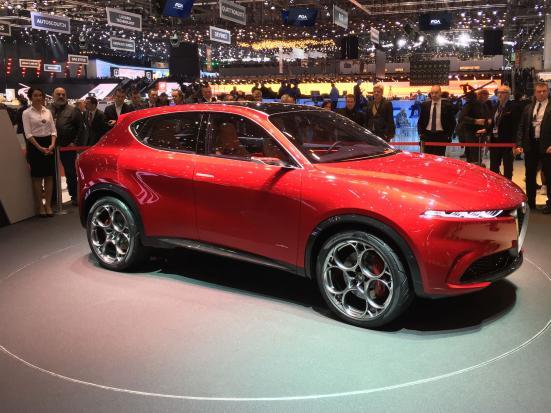 Alfa Romeo revealed a surprise new SUV at the Geneva Motor Show. Smaller than the Stelvio, the Tonale (also named after an Italian mountain pass) will be available with plug-in hybrid power to save fuel. 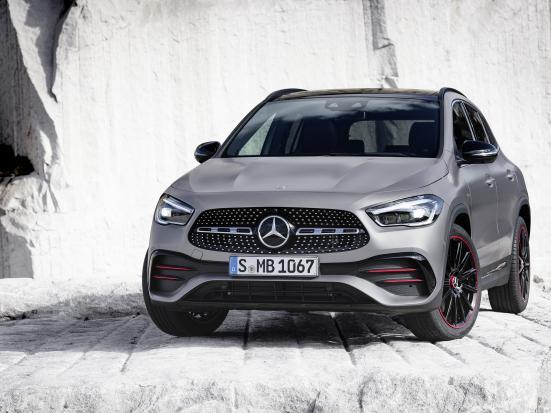 The new Mercedes GLA is more compact than the previous car, with the design taking inspiration from the firm’s SUV line-up. As the GLA is based on the same platform as the Mercedes A-Class hatchback, it gets many of the same petrol and diesel engines, with a powerful GLA 35 model planned for later in 2020. The cabin also borrows from the A-Class, with a similar dashboard layout that includes Mercedes’ MBUX dual-screen infotainment setup as standard. 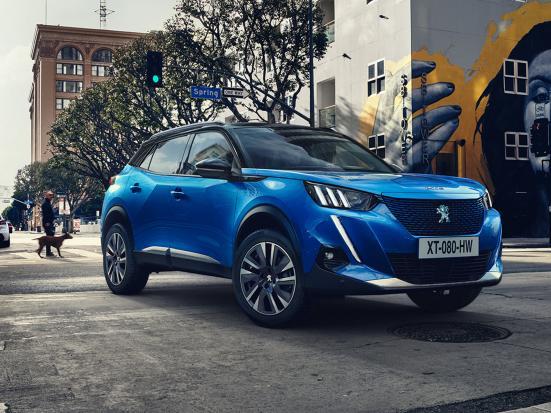 After the new Peugeot 208, the new 2008 small SUV has been revealed. It borrows the aggressive new styling from the 208 hatchback, and there’ll be both hybrid and electric versions further down the line. The electric model will have almost 200 miles of range, similar to a Nissan Leaf. It’s expected to go on sale in early 2020. 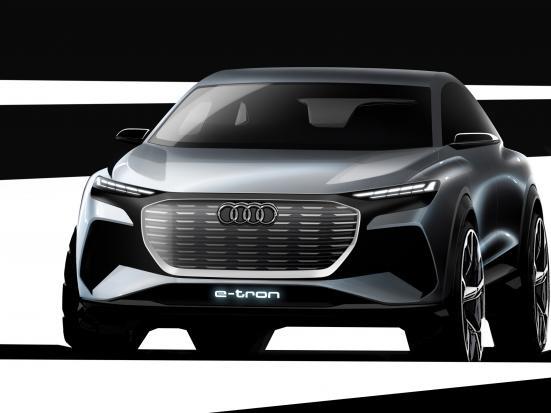 Audi unveiled its second electric SUV at the Geneva Motor Show, ahead of the car going on sale next year. The Q4 e-tron will be a similar size to the Audi Q3, and should be a lot more affordable than the £70,000 e-tron. It should manage around 280 miles of range, and will be able to recharge to 80% in around 30 minutes with a fast charger. The e-tron’s optional wing cameras (replacing mirrors) should be available at an additional cost. 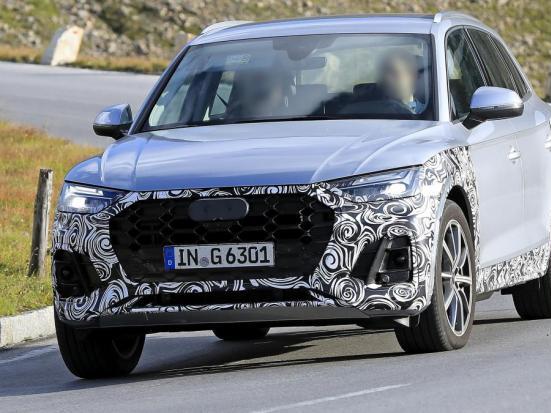 The Audi Q5 SUV is set to get a facelift in late 2020. Styling changes are expected to be minor, but the Q5 is likely to get a larger infotainment touchscreen and mild-hybrid technology on certain engines. 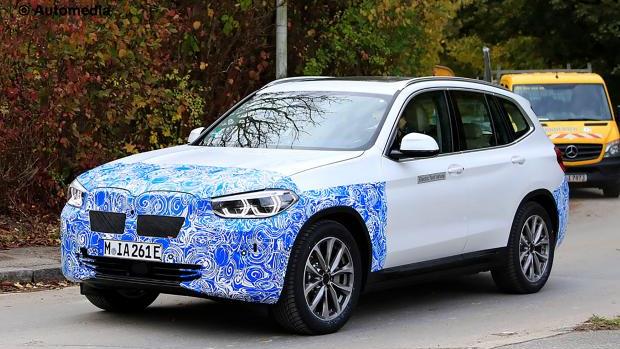 BMW is set to join the electric SUV party with the iX3. Shown as a concept at the 2018 Beijing Motor Show, we expect it to surface before the end of the year. It’ll have a range of around 250 miles and will be able to recharge to 80% in half an hour. The iX3 will look broadly similar to a petrol- or diesel-powered car, with only subtle hints that it’s a zero-emissions version. 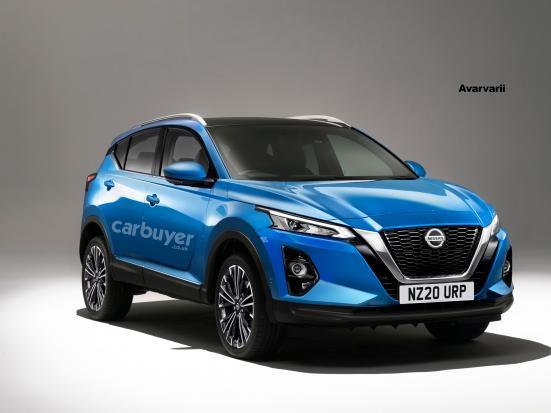 The Nissan Qashqai is often considered one of the cars that popularised SUVs and crossovers, and there’s going to be a new model introduced in about a year’s time. It’ll get a new face similar to the Nissan Juke, plus ProPilot semi-autonomous driving assistance and e-Power hybridisation. 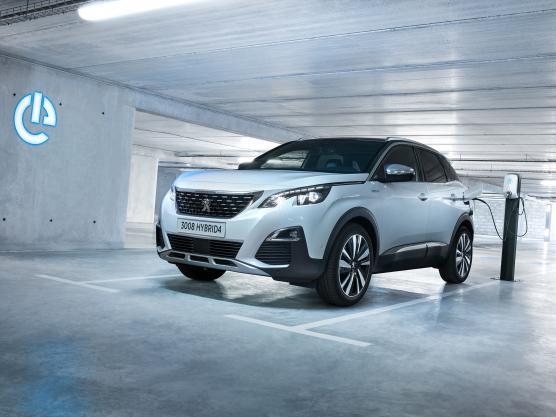 One of the best all-round family SUVs is getting a plug-in hybrid version in 2020. The Peugeot 3008 Hybrid4 will use a 1.6-litre petrol engine and an electric motor, giving a total output of 296bhp and acceleration to shame some hot hatchbacks. An electric range of 36 miles is promised, with an official economy figure of 217mpg. It’s the same powertrain as used in the DS 7 Crossback E-Tense and the Vauxhall Grandland X Hybrid4. 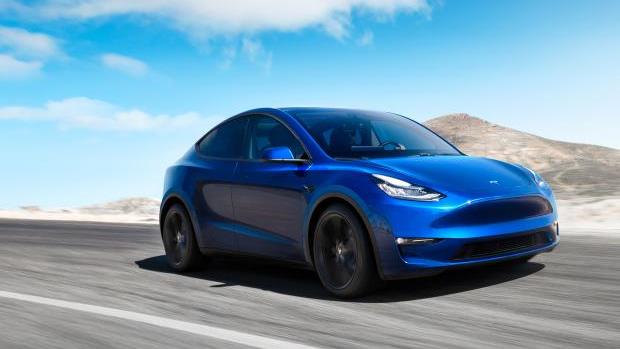 The Tesla Model Y will be the brand’s fourth electric model, and will share most parts with the Model 3 saloon. The SUV will offer more space but will still provide around 300 miles of range and will cost from around £40,000. 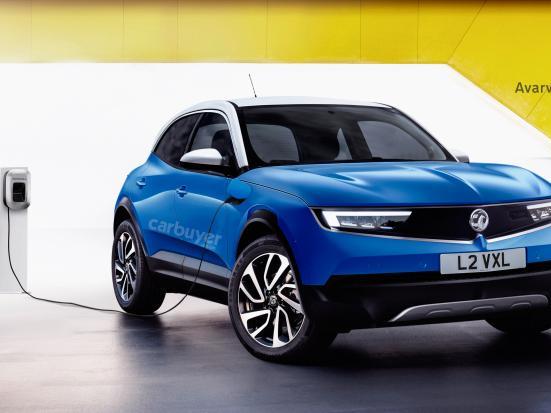 The next Vauxhall Mokka X will be offered with petrol engines, but the main focus will be on the purely electric model. Little is known for definite about this car yet, but it’ll be revealed early in 2020 and will go on sale shortly after. It’ll use similar underpinnings to the Peugeot e-208. 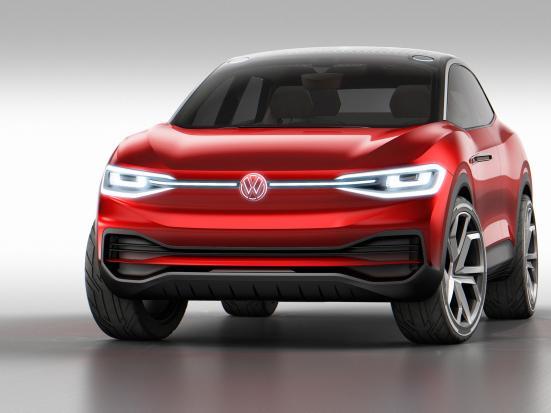 Volkswagen’s ID. electric car line-up will soon include a coupe SUV called the ID. Crozz. It’s set to be the next ID. model to be put on sale after the ID.3 hatchback, which is due later this year. Range is expected to be 250 miles on cheaper models, rising to almost 375 miles on top versions. Fast-charging and semi-autonomous driving capability will also be included. 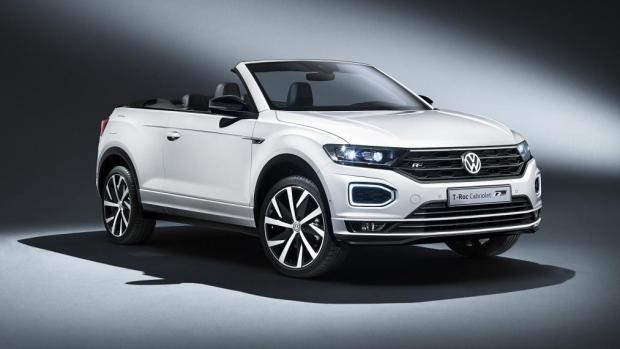 A convertible version of the Volkswagen T-Roc has been confirmed, and it effectively replaces the Beetle and Golf cabriolets — neither of which is on sale any more. The T-Roc cabrio will be a four-seater because of space taken up by the mechanism for the folding roof. That roof, by the way, takes just nine seconds to be raised or lowered.