THE title of Josh Widdicombe’s new podcast with Rob Beckett gives a clue to the struggles that the two comedians have been facing lately. Lockdown Parenting Hell is a phrase that will resonate with parents across the nation, whether, like Josh, they’re housebound with a toddler or trying to teach maths to a recalcitrant ten year-old or grappling with GCSE-level maths with a grumpy teenager. Like many of us, Josh isn’t enjoying lockdown, and being a parent is making it much harder.

‘I’ve got a two-and-a-half-year-old daughter,’ says Josh. ‘The moment she went to bed every night, my wife and I would go on our WhatsApp groups, mine is for dads and hers is for mums, and vent about all the problems of being locked down with a child,’ he says. ‘I saw Rob Beckett was doing the same on Instagram, and it was a salvation for parents locked down with their children. So, we thought why not start a podcast about the difficulties of parenting in lockdown, to get it off our chests and make people feel better about themselves?’

How is parenting under lockdown different? ‘It’s the lack of break,’ says Josh. ‘I’m either parenting or working in another room while I can hear her screaming and I think, “Should I stop doing my work to check that everything is OK with my wife and daughter?” The last six weeks has been relentless.’ 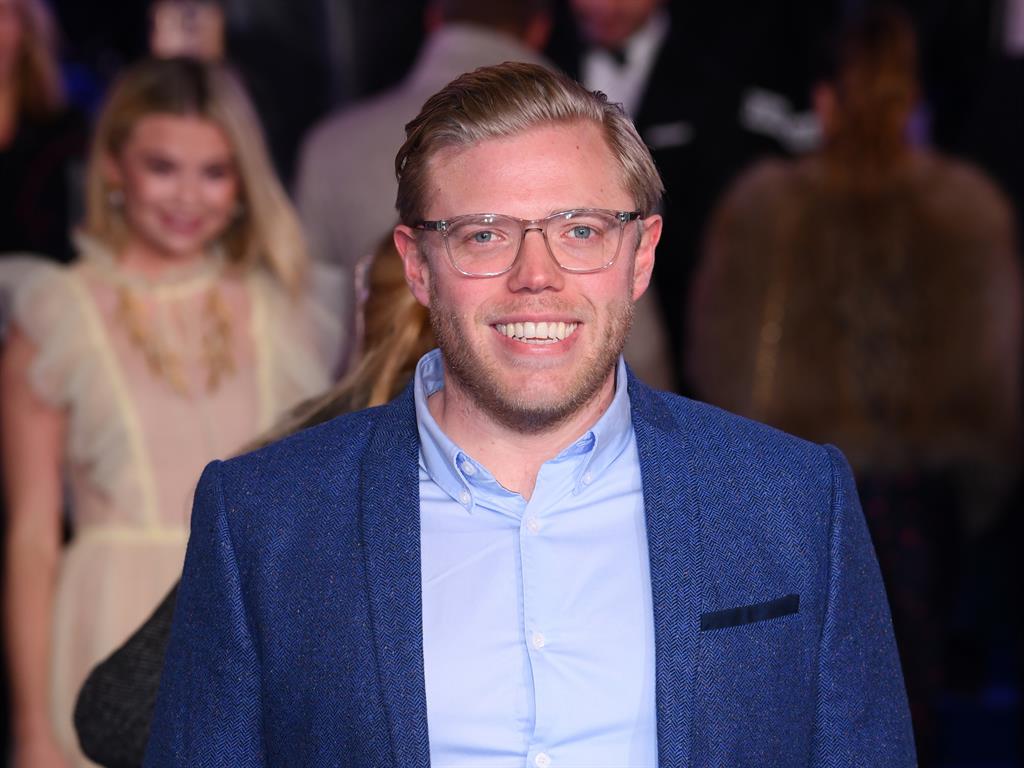 Josh has been trying to come up with ideas to entertain his daughter so she doesn’t spend hours each day watching The Clangers on TV. ‘I’ve made banana bread and tried drawing a rainbow with her but I had to do it all — she said, “Will you draw it?” So, I’ve been doing bad art and making banana bread — it’s utterly tedious. Everyone’s making banana bread, as it’s the easiest thing to make in the world, so people can pretend they’re teaching their child something but it’s one step more difficult than making toast.

‘We’re breaking so many rules at home, it will be difficult to reinstate them post-lockdown. My daughter had a pain au chocolat for breakfast this morning and only ate the chocolate. I was encouraging her to eat croissant, as if that’s a good thing!’

Josh hopes sharing these alongside Rob and a guest (which so far have included Jonathan Ross and Katherine Ryan) will help bring parents together who might be struggling. ‘Hopefully, we can all feel less guilty that we’re not living that perfect Instagram life of parenting,’ he says.

‘Rob’s having a worse time than me, which is cheering me up. He has two children, so that’s twice the problems. He’s trying to achieve things like potty training, so he’s dealing with human faeces during lockdown. He’s making me feel better about my own life. Enjoying other people struggling is the thing that cheers you up the most with parenting.’

Josh was supposed to be midway through his latest stand-up tour when lockdown was first announced. The dates have been rescheduled for autumn this year and spring 2021. Despite the disruption to his touring plans, Josh isn’t missing performing.

‘It’s the first chance I’ve had to get my evenings back for ages. I’m not sitting at home thinking, “I wish I was doing a gig.” I’m genuinely happy to be sitting at home at 7.30pm not having to do anything.’

Is there a chance that a prolonged break from gigs will erode his stand-up skills? ‘I’ve had time off before,’ he says. ‘I had a year off between tours when I didn’t do stand-up. You’re total dogs*** for the first two weeks but you get it back quite quickly. I’ll be doing some warm-up shows before the tour starts again.’

Josh is busy with the return of Channel 4’s Friday night comedy chat show The Last Leg, which caused outrage last week after guest Miriam Margolyes said she had ‘difficulty not wanting Boris Johnson to die’.

Josh has also been listening to 1980s US indie music and watching cricket documentaries, but he’s most looking forward to going down the pub. ‘I don’t really drink at home. I’ll have a drink on Friday to feel like, ‘whoo, it’s Friday night!’ but it’s not the same. It’s not social and you don’t want to be hungover in the morning when you wake up and have a two-and-a-half year-old.’