CHINA was last night embroiled in a war of words with the US after Donald Trump described Covid-19 as the ‘Chinese virus’.

The country — which has been accused by the US of spreading conspiracy theories that the American military introduced the virus to its epicentre Wuhan — reacted angrily to the president’s words.

Foreign ministry spokesman Geng Shuang said: ‘We urge the US to correct its mistake and stop its groundless accusations against China.’

But Mr Trump (pictured) refused to back down, saying: ‘I have to call it where it came from, I think it’s a very accurate term.’

The heated row came as dozens more countries imposed new restrictions with the a virus continuing to spread around the world.

Thailand announced that all schools and entertainment venues would be closed. Russian authorities said that anyone who has returned from Europe in the last two weeks is to be tested.

India imposed a blanket ban on anyone entering the country on flights from Europe, Turkey and the UK. Ukraine grounded all flights and closed down its public transport network.

And Brazil reported its first confirmed death from Covid-19 in the southeastern city of São Paulo.

US vote cancelled as Biden leads 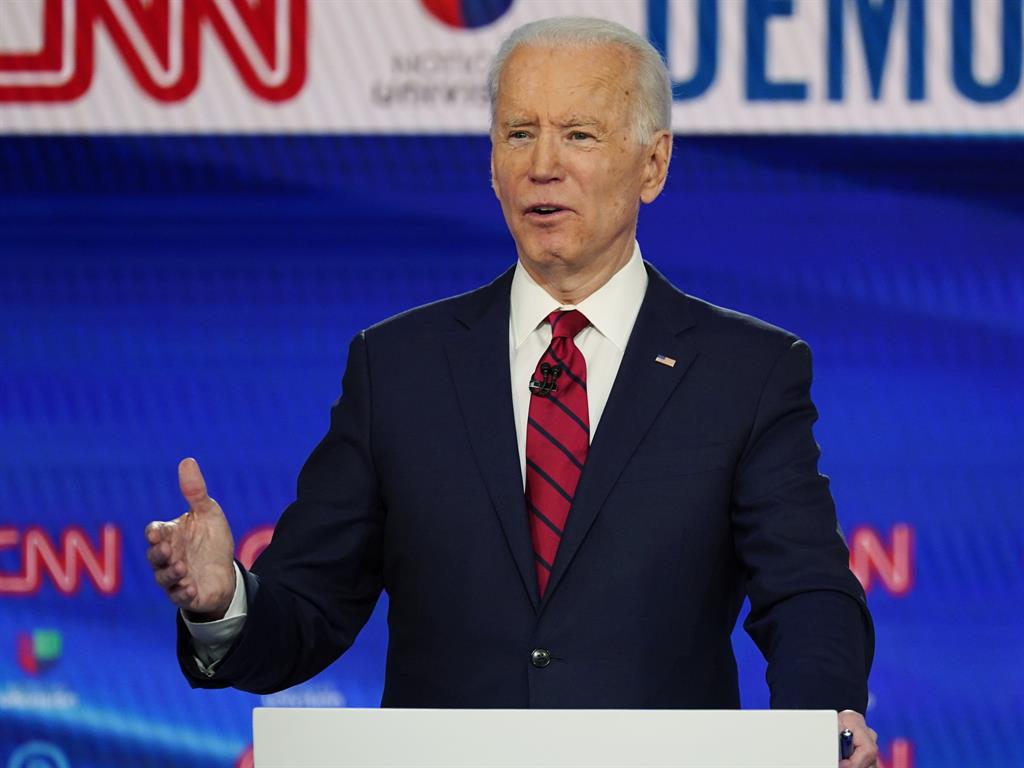 A VOTE in the Democrats’ contest to decide who should take on Donald Trump in November’s US election was called off because of the virus yesterday.

Ohio cancelled the state primary just hours before the polls were due to open, with its health director declaring an emergency.

Meanwhile, Joe Biden (pictured) is in the lead after being declared winner of Washington state’s ballot. It means he has triumphed in five of the six states that voted on Tuesday last week — Washington, Missouri, Mississippi, Michigan and Idaho — while rival Bernie Sanders won North Dakota.

Florida, Arizona and Illinois went ahead yesterday with their primaries, despite a potential shortage of officials and confusion over polling booths in nursing homes being moved. But Georgia, Kentucky and Louisiana have all postponed their votes.