BRITAIN is set to be invaded by killer Asian hornets in the coming weeks, experts warned today.

Recent wet weather has created a ‘perfect breeding ground’ and raised fears the deadly insects will arrive in record numbers on British shores.

They can give a powerful sting and will play ‘havoc’ with the UK’s bee population. 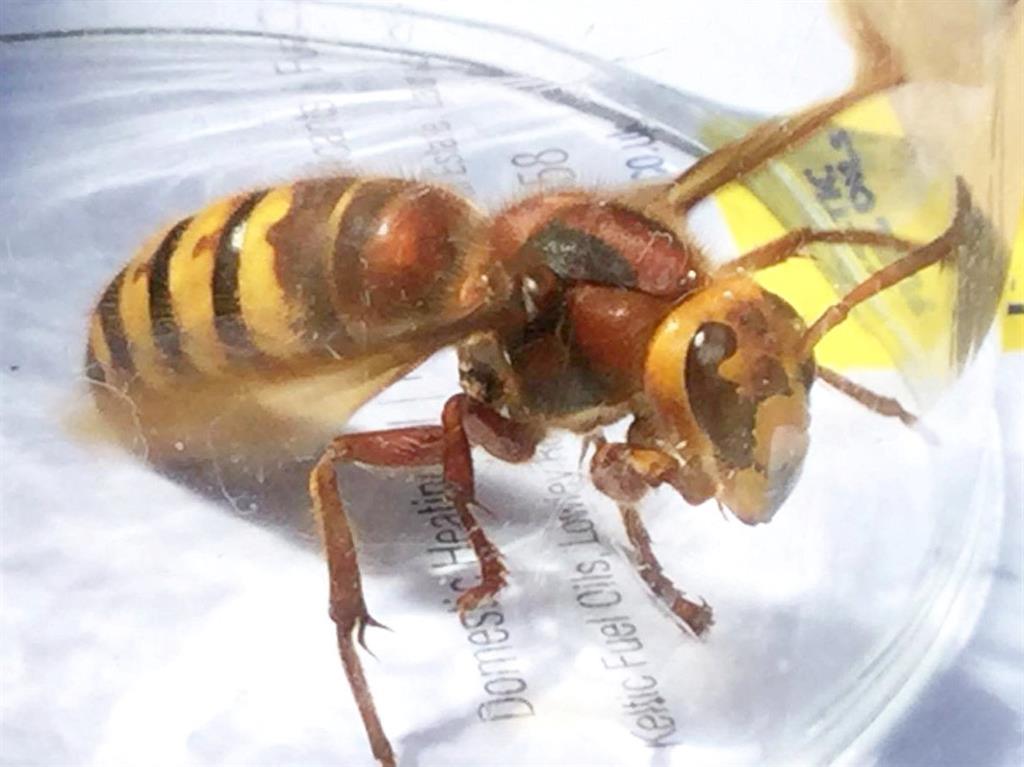 Officials say they are heading this way and even claim to know the date when they will arrive — September 7, which is, coincidentally, Bee Day in the UK.

The hornet species began to spread through Europe in 2004 after arriving in the south of France inside a freight ship.

They were spotted in the British Isles on the Channel Island of Jersey in late 2016.

Since then, the number of nests had been growing annually.

But after years of establishing themselves on Jersey and Guernsey, the battleground has now shifted to southern England.

Small pockets of them have been spotted in previous years, but a beekeepers association say the public’s help is now desperately needed to destroy nests before they are able to multiply.

Calls have been made for a ‘people’s army’ to help fight off an impending invasion of killer hornets onto mainland Britain.

Lynne Ingram, co-ordinator of Somerset’s Asian hornet action teams and a member of Somerset Beekeepers said the best weapon the public had in the battle was their smart phones.

‘We need the public’s help to save our bees from the Asian hornet which has been wreaking havoc through Europe since 2004.’

Lynne, a beekeeper with 30 honeybee colonies near Bridgwater, Somerset, said September 7 to13 was a key moment in the battle.

She added: ‘Now is the time to spot the hornets so that their nests can be destroyed before they multiply.

‘If you see a hornet, take a photo, send it to us and we’ll do the rest. Or use the official Asian hornet watch app and report it.

‘The arrival of the hornet in Britain is especially bad news for bees — a favourite food source — and a single hornet can completely devastate a beehive, devouring up to 60 at a time.’

The University of Exeter is carrying our research into the impact Asian hornets are having on honeybees and other pollinators where they become established.

‘Worldwide, invasive non-native species are recognised as being a serious threat to biodiversity, and it is consequently important that we encourage the public to be informed, vigilant and proactive in reporting the presence of Asian hornets and other invasive species.’

The British Beekeepers Association says Asian hornets are now most likely to be spotted in the south of England.

The hornets are able to kill with one sting among people who have an allergy, while they also pose a threat to the environment and native species.