IT MAY not look much. Just a few crumbling stone walls, not even a roof. But this ruined house means the world to Anthony Callaghan and his sister Annie.

Anthony, 78, and 85-year-old Annie are the only surviving inhabitants of Slievemore — a deserted village on Achill Island in Co. Mayo, off the north-west coast of Ireland.

The brother and sister — along with their siblings Patrick, Bridgie, Mary, Katie, Bella, and Agnes — were the last to leave the village when their father got a job recruiting potato pickers in Scotland in 1948. 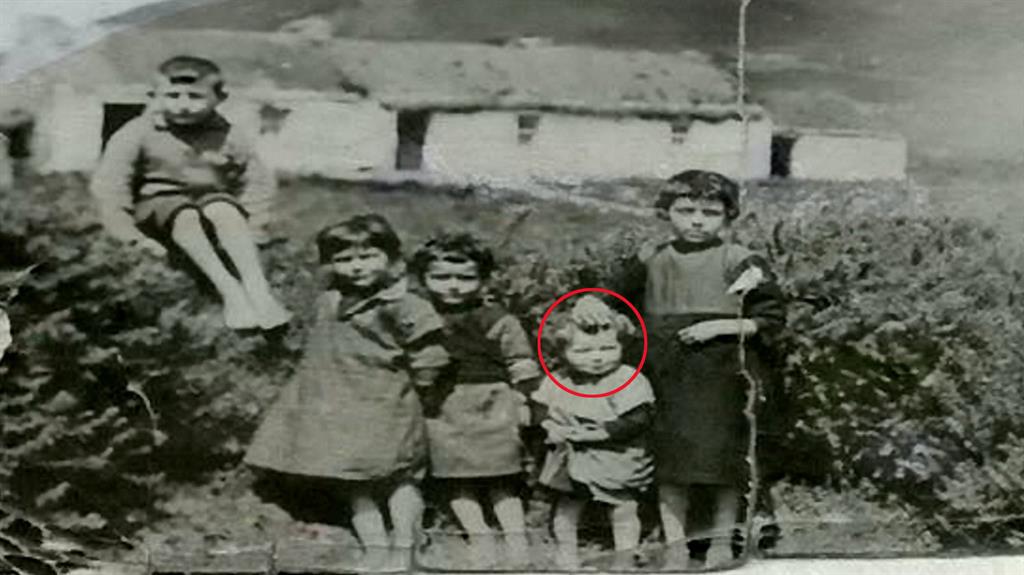 They returned last weekend to visit their former home, with 50 of their children, nieces, nephews and grandchildren.

The pair recalled growing up on the island, where they had to walk almost two miles to school in a neighbouring village in their bare feet. Anthony, the final child to be born in Slievemore, remembered how they would collect berries so the family could make their own jam.

‘One time, one of my other sisters went up with a bucket and filled it with berries,’ he said. ‘But there was a cow grazing a wee bit to the side of her, and the cow thought she was shaking the bucket at it, so it comes running at her. 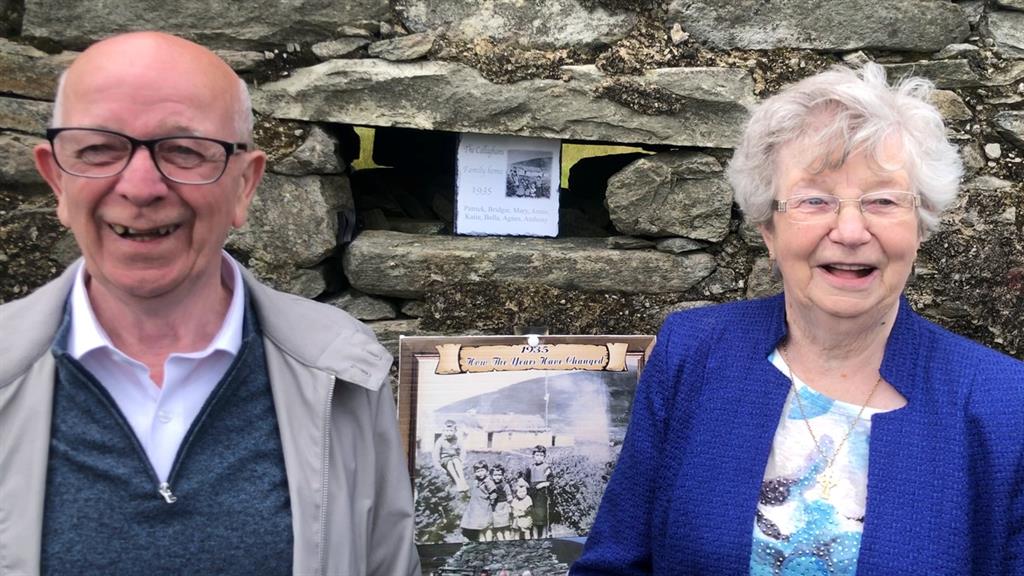 ‘So she dropped the bucket and there was no jam that night.’ Annie recalled how the family used to stop their neighbours’ cows as they wandered past, milk them — and keep the milk for themselves.

Annie said: ‘We used to get American tourists coming up and down the road, and we would go down to the quarry and paint the white stone with purple pencil.

‘We used to tell them it was quartz, and we would go down and get sixpence off the visitors.’ She added: ‘It’s quite sad. I can’t believe we used to live like that.’