LITTLE Logan Teague stares out sweetly from his cot, a teddy tucked under his arm.

But when he was born at 28 weeks weighing just 1lbs 8oz he was dwarfed by his cuddly toy.

Mum Danielle Forrester said she and her partner Ben Teague were stunned by the contrast as Logan lay snuggling with the bear in his incubator.

Danielle, 24, said: ‘The teddy was pretty small, but Logan was so weeny, it swamped him. It made us realise just how tiny and fragile he was.’

Danielle’s pregnancy had been classed as high-risk as she suffered kidney failure five years earlier. Then in September she suffered a bleed.

She said: ‘It was terrifying. We rushed straight to hospital.’ 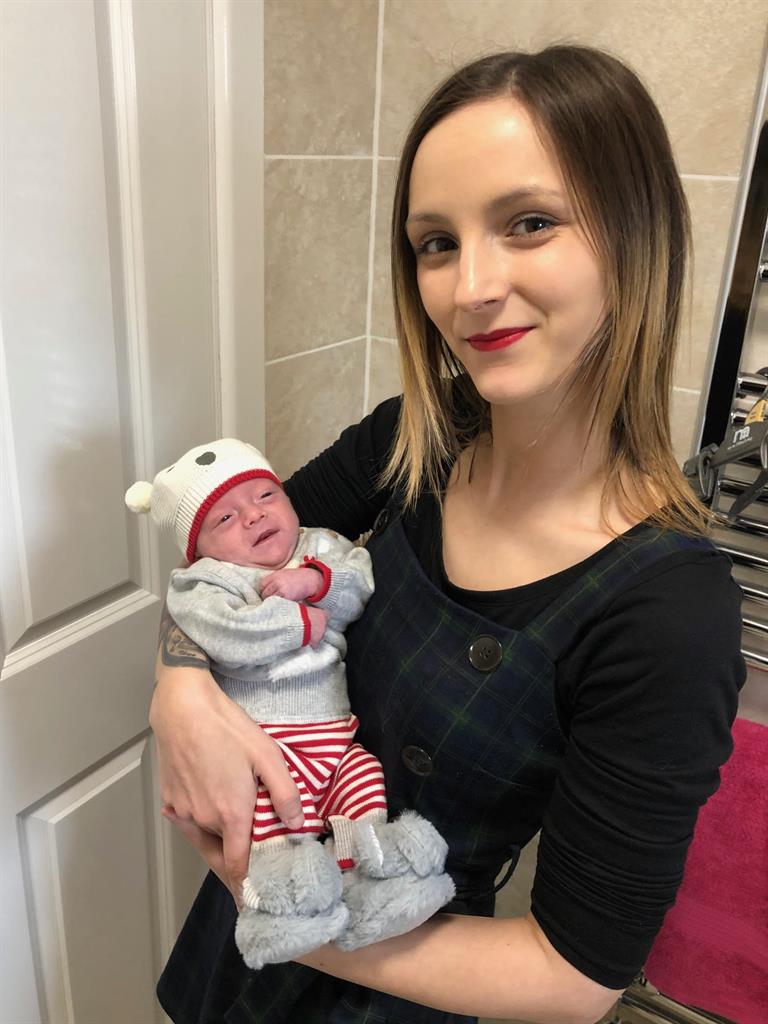 Days later, on September 30, Logan was born by emergency caesarean. Danielle (pictured above), from Northampton, said: ‘Logan let out a big scream when they took him out, which made both Ben and I cry — mainly tears of relief.’

Home at Christmas, he is now four months old and 6lbs 10oz. His proud mum said: ‘I can’t believe Logan was ever smaller than his teddy. He’s come a long way.’