DESPITE his extraordinary output, William Shakespeare was a man who left very little trace of himself. Documents directly pertaining to him are scant and his personal papers have apparently not survived (or, if they have, no one has found them).

It seems all the more astonishing, then, that the room in which he was born can still be seen. If you ever go to Stratford-upon-Avon in Warwickshire you’ll be able to trace the course of his life through the handful of buildings preserved by the Shakespeare Birthplace Trust.

When I was writing my novel Hamnet — about Shakespeare’s lost son and his link to the play Hamlet — I spent many hours walking along streets that are still the same shape and layout as they were when the Bard was alive. I went back and forth, crossing and recrossing the town between his parents’ house, his grammar school, the church where he is buried, his daughters’ houses and his wife’s farm.

It isn’t hard to imagine what Stratford would have looked like 400 years ago, to erase the gift shops, the tourists, the traffic and the pizzerias, and see instead sheep, wells, carts, tradespeople and market stalls.

Stratford-upon-Avon in the 16th century was a thriving rural town, described by one biographer as ‘well-watered’. The river was a significant presence in Tudor times as it regularly burst its banks, engulfing surrounding streets. As a child, Shakespeare would never have been far from the sound of water and this shows: he refers to rivers and floods again and again.

The townspeople would have been up and about by 5am. Pigs were traded in Swine Street, horses in Church Way and animal hide in Rother Market. He would have passed stalls for corn, cloth, butter and cheese.

To walk into the Shakespeare family house on Henley Street is an experience like no other. You can stand in the room where he would have taken breakfast with his parents and siblings — and later his wife and children — and you can climb the stairs to the chamber he shared with his brothers.

It’s also possible to get a sense of the geography of his life. If you go south down Henley Street, where he was born, which would have been cobbled on either side in his day, with all manner of slurry flowing down the middle, you reach the marketplace. His father might have had a glove stall here and young William could well have been asked to help. 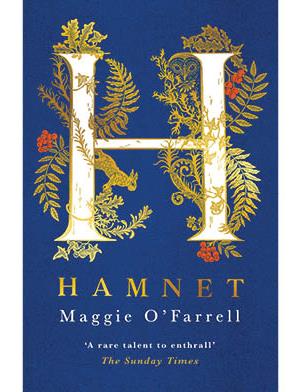 As a boy, he would have taken this route on his way to school each morning. You can turn right into High Street where the grammar school still stands. He would, in later life, buy a grand house further along this street where he would come back from London to live after retiring.

Stratford-upon-Avon is said to be the second most-visited town after London and it’s not hard to see why. It gives a unique insight into a mysterious man.