A HUNTSMAN became the hunted after a rhea escaped from a farm and began chasing him down the road.

The enormous bird, a distant relative of the ostrich and emu, is believed to have fled from the village of Avon Dasset, Warwickshire. And the rider appears less than happy at being pursued. 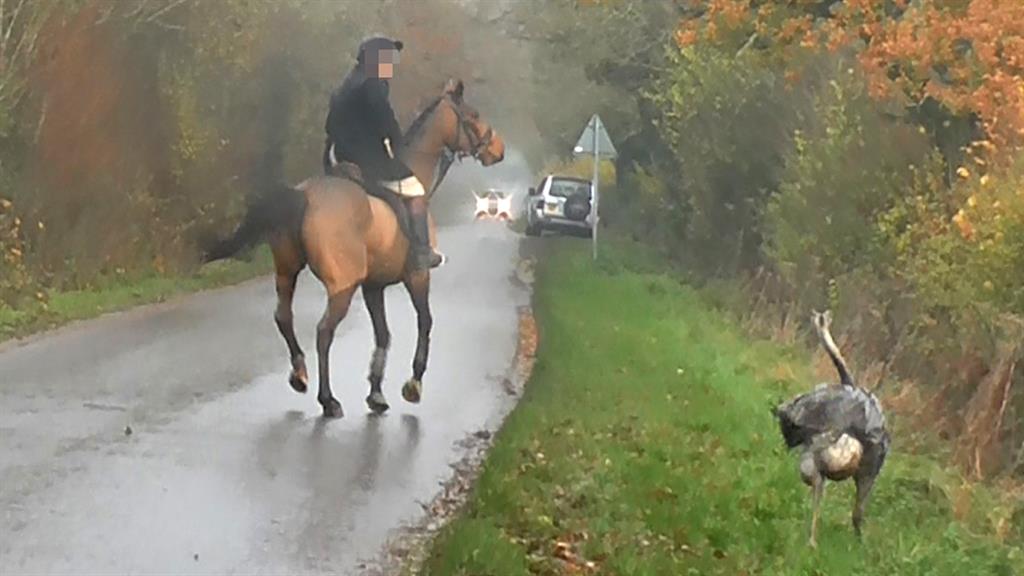 A witness, who asked not to be named, said: ‘The huntsmen’s hounds were barking near a small holding that contained ostriches from a nearby farm. A young rhea escaped and started running on the road — it was very close to the M40.’