I CAN remember the moment all too well. I was 15 and standing with my somewhat mortified younger brother next to a giant penis outside the Sex Museum in Amsterdam. My ‘hilarious’ parents thought it would be a fun photo opportunity despite the fact we were underage and reluctant to go near the giant fibreglass phallus, which was grubby and scuffed thanks to its popularity with stag and hen groups.

My only solace is that we were too young to actually enter the Sex Museum, as trailing behind my sniggering parents would possibly have been the worst experience of my life. Thankfully, photographic evidence of that humiliating afternoon is long gone but my memory is still scarred. 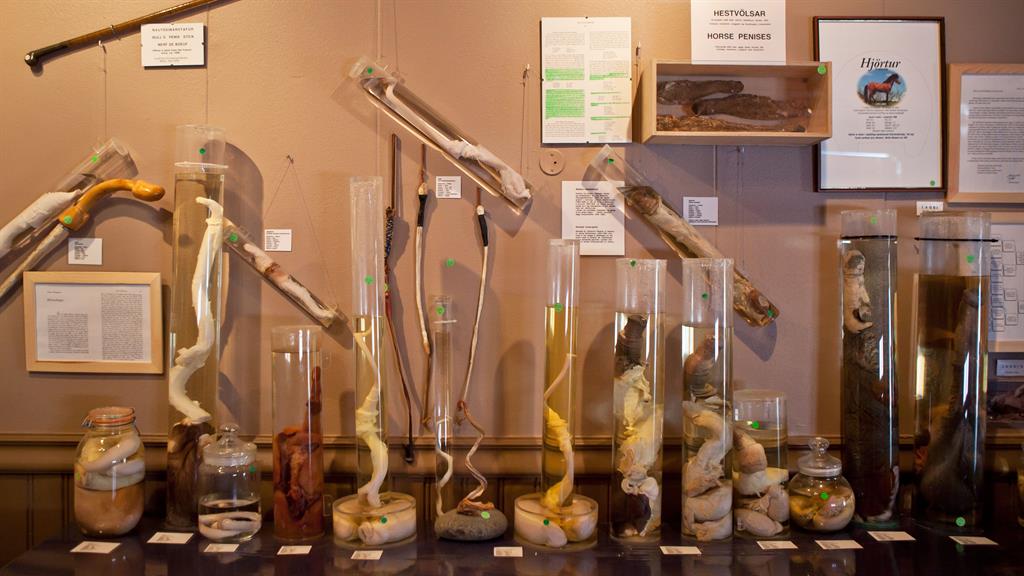 I like to think it’s a rite of passage for parents of teenagers to embarrass them, especially on holiday when they have nowhere to run to. Through the generations, embarrassing your kids used to be as easy as wearing matching anoraks or awkwardly changing into your bathers under a skimpy towel on the beach.

In Reykjavík, the Icelandic Phallological Museum features 280 willies from 93 different species, including a ginormous 5ft-long whale penis. While over in New York, the Museum of Sex even has a bouncy castle of breasts called Jump For Joy, invented by British duo Bompas & Parr. But maybe I’ll save that one for when he turns 18.

In mid-November, the Vagina Museum (free, vaginamuseum.co.uk) opens its doors fully in Camden Market. It will be the world’s first permanent museum to this particular area of interest. I’m looking forward to introducing my twin daughters to exhibitions such as Muff Busters — Vagina Myths And How To Fight Them.

Joking aside, I do think it’s important that we demystify ‘downstairs’ for the younger generation. Of course, we’ll wear our matching anoraks and, hopefully, there’ll be a nice giant vulva outside for us to have our photo taken with. I bet they can’t wait!