Join the dots of human history, from across the world’s four corners, with a dazzling journey through hand-picked items from the British Museum’s collections, spanning 2,000,000BC to 2000AD. Start the Museum Of The World thread with a 1.8million-year-old chopping tool discovered in Africa, jump to a resplendent 18th century Tahitian mourning costume or time-travel to papier mâché sculptures (pictured above) made in 1983 celebrating the Day Of The Dead in Mexico. Browse by continent, region and themes — art and design; living and dying; power and identity; religion and belief and trade and conflict. You can also listen to curators offering context and insight about the objects. britishmuseum.withgoogle.com 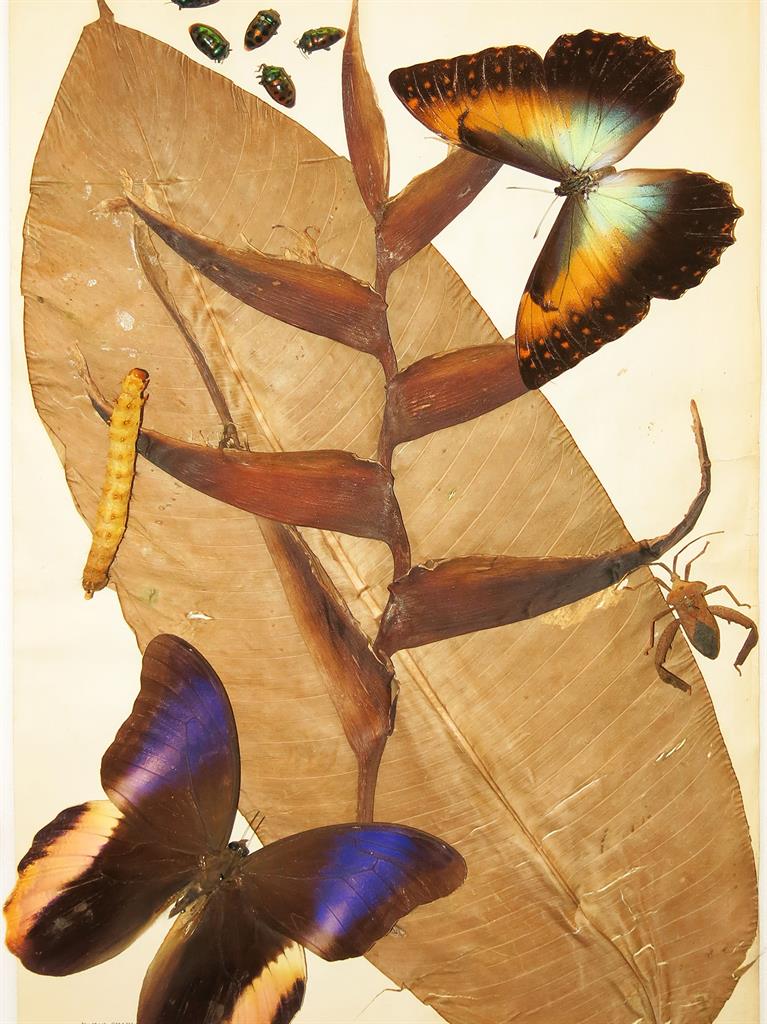 Archaeology, anthropology and natural history are the cornerstones of the Manchester Museum, which has — very handily — gathered all of its digital content in one easy-to-navigate mobile site. It features virtual exhibitions and displays, including current insect-inspired show Beauty And The Beasts (above). The Encyclopedia Of Wondrous Objects delves into the museum’s 4.5million objects, spanning weird and wonderful delights, including a 300million-year-old fossil tree, magic lantern slides from the early 1900s and the skeleton of Maharaja, a 19th-century Asian elephant. It’s a thoughtfully curated resource, with materials suitable for home-schooling, carers and researchers. It is augmented by weekly curator tours of its collections — Egyptology on Thursdays at 3pm and frogs on Friday at 1pm via the streaming app, Periscope. mminquarantine.com 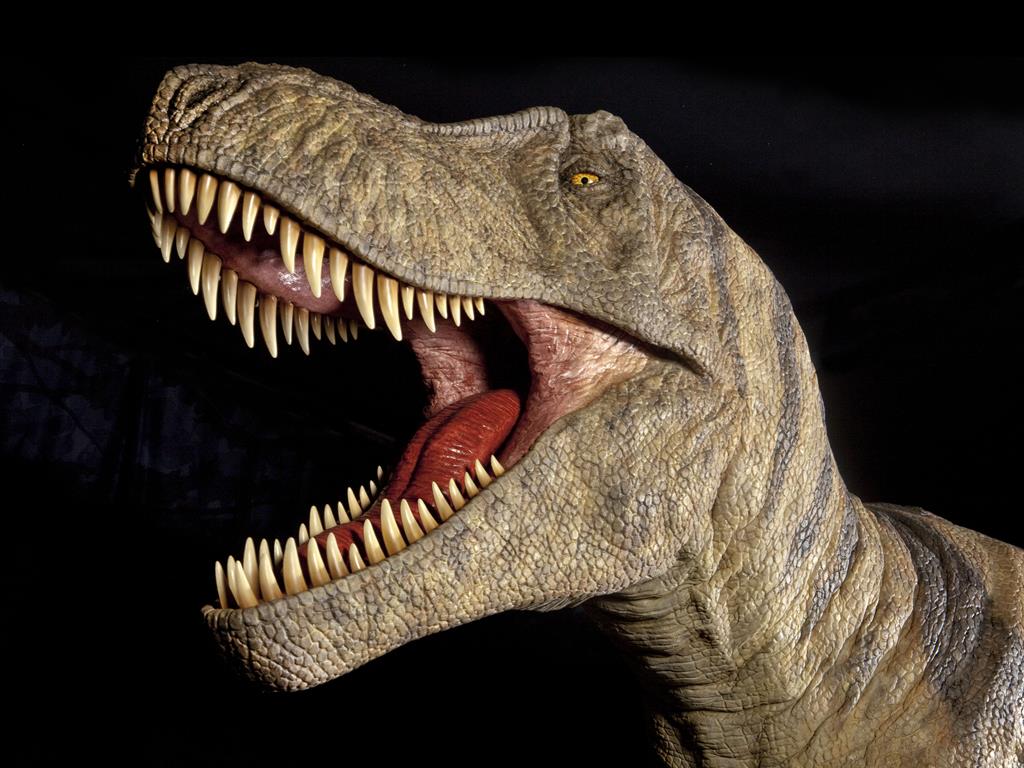 Seven flagship museums fall under the National Museums Liverpool umbrella and website, including the renowned International Slavery Museum, Merseyside Maritime Museum, Walker Art Gallery, and World Museum. There are six, slick 360-degree 3D exhibitions to choose from, including the World Museum’s Dinosaurs And Natural World exhibition, where you can hover above the 3D floor plan, before swooping in like a pterodactyl, on a specific exhibit or section — whether dinosaurs eggs, allosaurus, megalosaurus or tarbosaurus (above) — for a beadier look. Other virtual tours include the Walker Gallery’s An English Lady’s Wardrobe, featuring 70 outfits from wealthy Liverpudlian Mrs Emily Margaret Tinne (1886-1966). liverpoolmuseums.org.uk

The Street Museum of Art 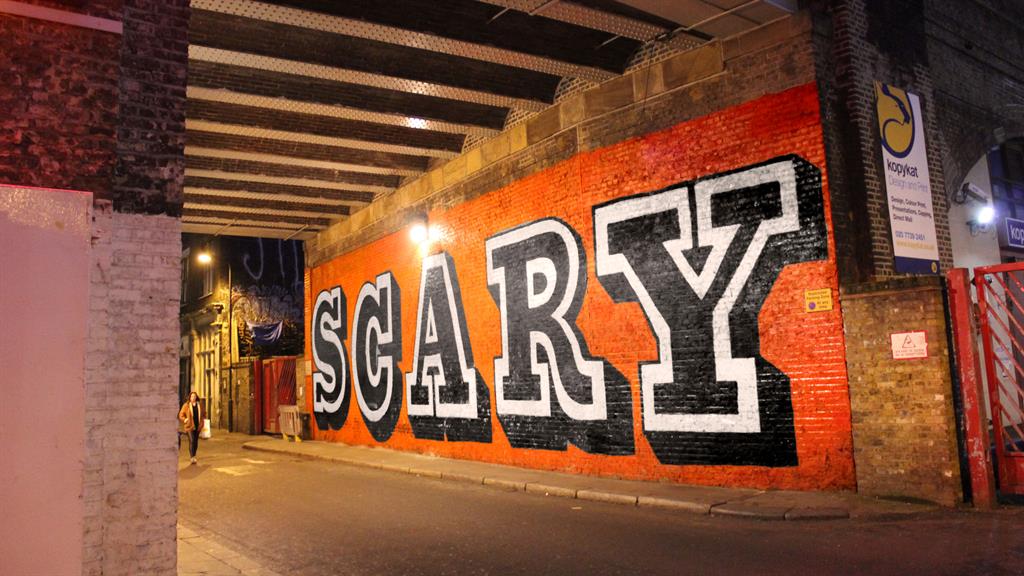 This London museum doffs its baseball cap and celebrates street art and graffiti around the world in our built urban environment. It’s teamed up with Google for a Street Art Project featuring a virtual tour of Shoreditch and Hackney street art (above) through the exhibition Beyond Banksy, Not Another Gift Shop. It presents the work of 12 artists in doorways, rooftops, under railway bridges, on pavements, and hanging from lampposts, and makes you look at concrete jungles in a different way. The site also features virtual street art tours of cutting-edge artists from New York and Montreal. This is one of the few ways you can pound the pavements of a city abroad for the foreseeable. streetmuseumofart.org

The University of Oxford’s Ashmolean Museum, founded in 1683, is moving with the times and has an online exhibition of its acclaimed current show, Young Rembrandt (above). It hones in on the early career of the Dutch master, from the age of 18 to 28 (1624 to 1634). You can also rummage through 112,500 items from its collections, including paintings, ceramics and sculptures, some of which are brought to life through videos. There’s carbonised bread from its Last Supper In Pompei exhibition and elsewhere curators pick their favourite items or treasures. You can get creative too, with #IsolationCreations by making your own version of an object shared daily on The Ashmolean’s social media channels. ashmolean.org 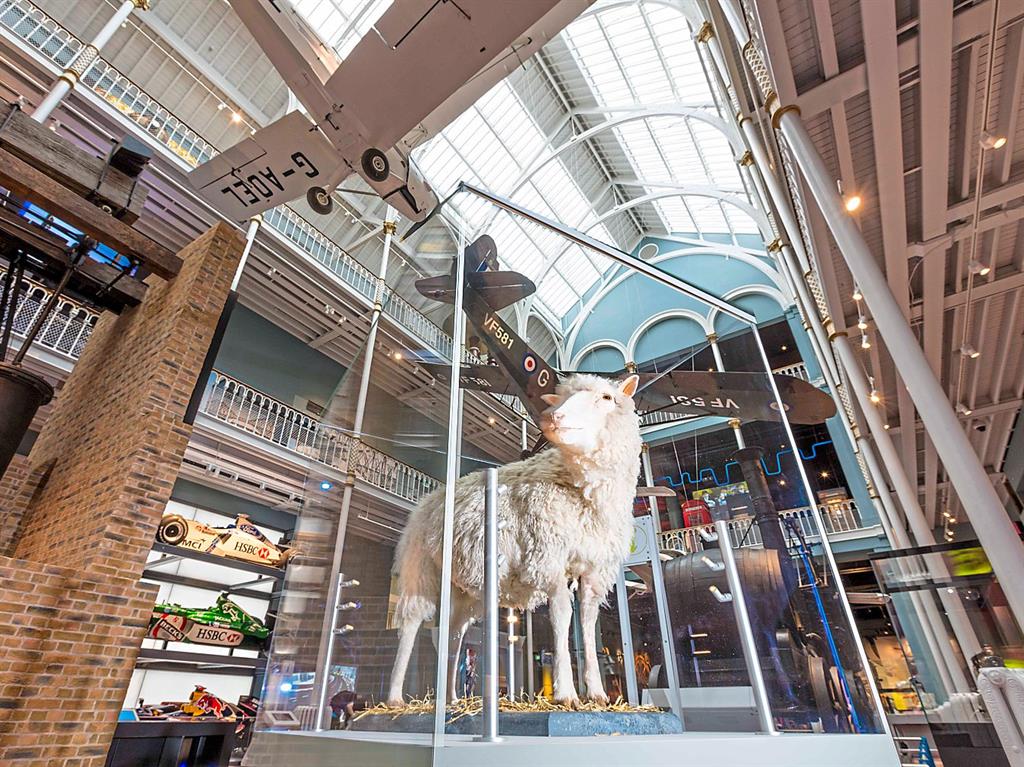 Take a Google Street View tour through Scotland’s National Museum in Edinburgh, and pore over the 20,000 items in its permanent collection from Dolly The Sheep, above, to clothes to jewellery and technology, such as the telephone — Alexander Bell was born in Edinburgh. There’s paintings and armour, too. Google Arts & Culture has nine virtual exhibitions, including fashion designer Jean Muir and inventor John Logie Baird’s adventures in television. Its Museums At Home section leans towards kids, with resources for families and teachers, plus films and creative crafts. nms.ac.uk/streetview 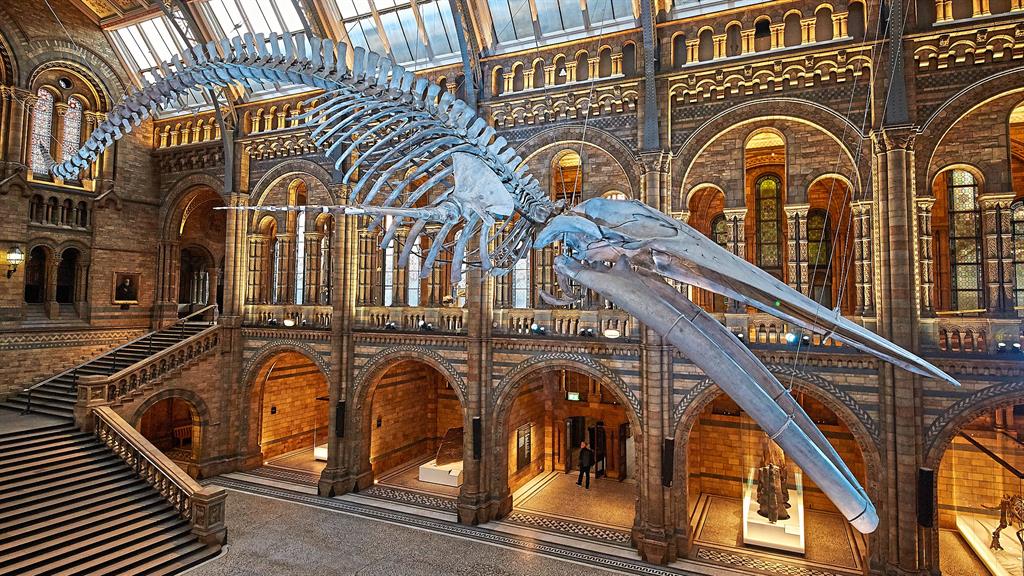 With 80million plants, animals, fossils, rocks and minerals you could previously get lost for days in the imposing Kensington museum. But now you can enjoy virtual tours to see its offerings including Hope the blue whale (above) through the museum and its partner, Google Arts & Culture. View almost 300,000 natural history items including 100,000 insects, 100,000 plants and 14,000 mammals. Try a 360-degree tour of the Tank Room, home to many of its 20million ‘wet specimens’ preserved in alcohol. They include Archie, an 8.62m giant squid, fish collected by Charles Darwin on the voyage of HMS Beagle, molluscs and snakes. Probably not one to do just before bedtime. nhm.ac.uk/visit/virtual-museum.html 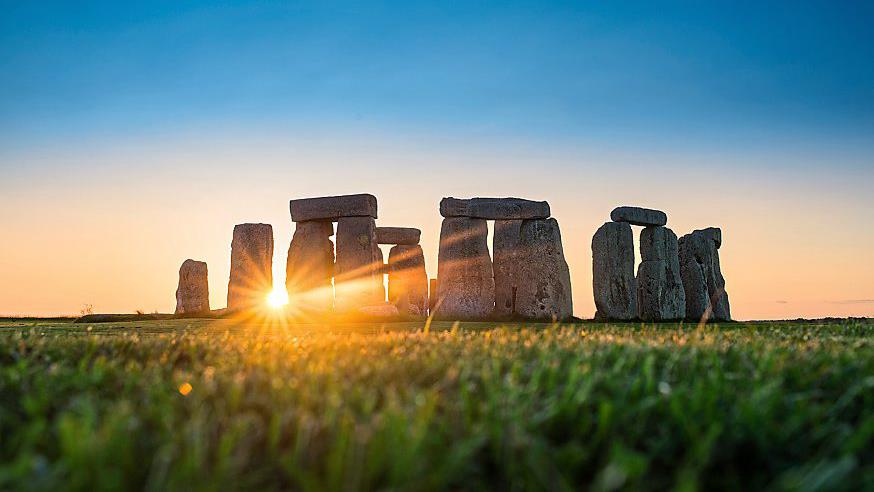 With the summer solstice on June 20, head to the prehistoric stone circle to know it as our ancestors did 12,000 years ago. English Heritage’s 360 degree virtual tour plonks you in the middle of Stonehenge, where you can watch day break and learn about the structure. For a different perspective, Stonehenge Skyscape offers 24 hour views of the sky, and the alignment of sun, moon, stars and planets, on the day you click. Select a real-time view, while the night view shows five planets visible to the naked eye; what our neolithic brothers and sisters would have seen. Mind blown. english-heritage.org.uk/visit/places/stonehenge/history-and-stories/stonehenge360 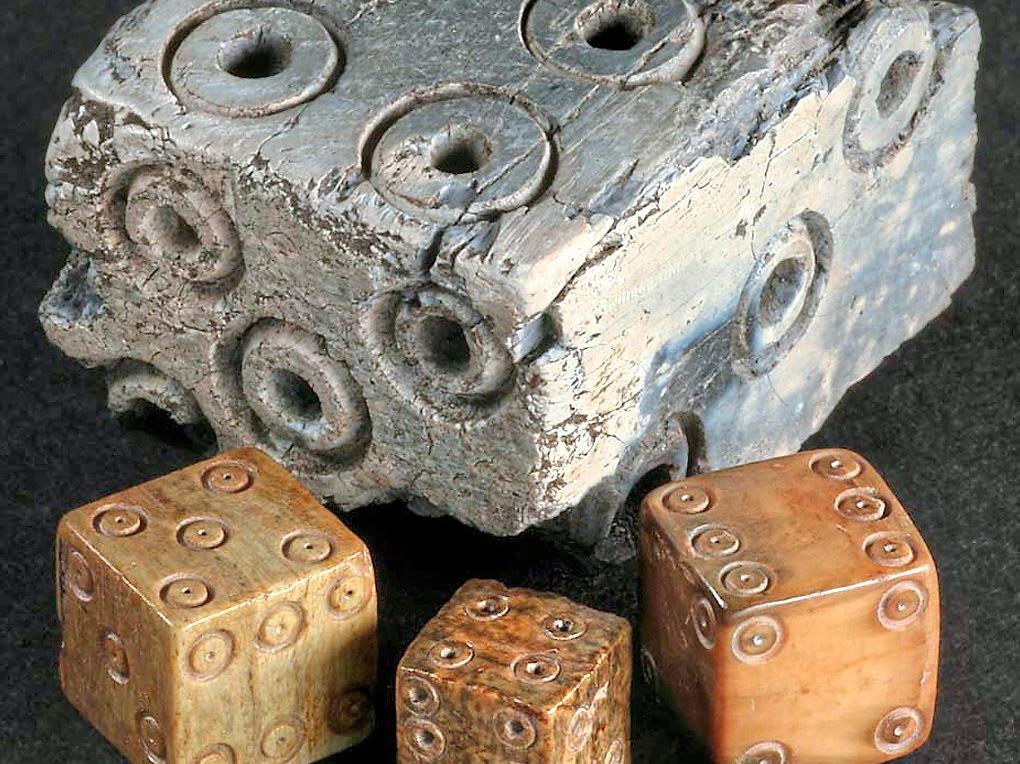 Jorvik is the Viking name for York and the city’s hugely popular Jorvik Viking Centre has made a wealth of video, audio and activities available in its Discover From Home strand. Much of its short video content is aimed at children, including the Shaking Hands With The Past series, which covers Viking socks, board games (above) and music. There’s craft and storytelling and the archaeology team discuss finds from the city. jorvikvikingcentre.co.uk/discover-from-home 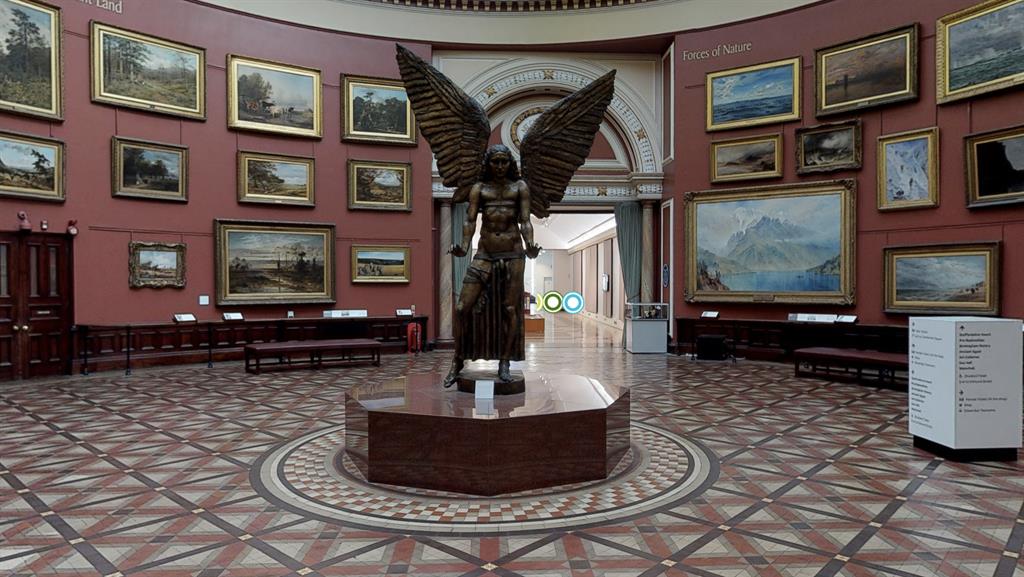 You can use a VR headset to marvel at the 19th-century building’s stunning stained glass windows, art and history collections. It’s famous for its Pre-Raphaelite art, the largest find of Anglo-Saxon gold — the Staffordshire Hoard — and Epstein’s Lucifer (above). The tour features pop-out exhibitions and don’t miss its Roman and Greek objects, south and central American civilisations and the Ancient and Near East. The gallery also has a YouTube channel with plenty of content. Its film on Birmingham in 1300 is proving popular, with 86,000 views. birminghammuseums.org.uk/bmag/virtual-tour; YouTube