The Gunners did not announce their marquee signing until after 11pm, at the end of a remarkable day in which they made a clandestine swoop for the powerhouse midfielder without informing Atletico of their intentions.

The La Liga side had wanted to keep Partey but once Arsenal had deposited the necessary funds with the Spanish football authorities, they were free to offer the 27-year-old a five-year contract worth £250,000-a-week.

Boss Mikel Arteta said: ‘We have been watching Thomas for a while, so we’re delighted to add such a high quality player. He is a dynamic midfielder with great energy.

‘We’re very impressed with his attitude and his approach to the game.’

Atletico reportedly only found out the Ghana international was in London to complete his move when they were informed by La Liga bosses. He will take the No.18 shirt at the Emirates. The Gunners’ Lucas Torreira is moving in the opposite direction on loan and Atletico have an option to make that move permanent.

The FA Cup winners have also signed Willian, Gabriel, Pablo Mari, Cedric Soares and Runar Alex Runarsson during this window but midfield was an area Arteta still wanted to improve on, with Mesut Ozil having increasingly become an outcast.

However, they were unable to land another midfield target Houssem Aouar, the 22-year-old instead committing his future to Lyon. 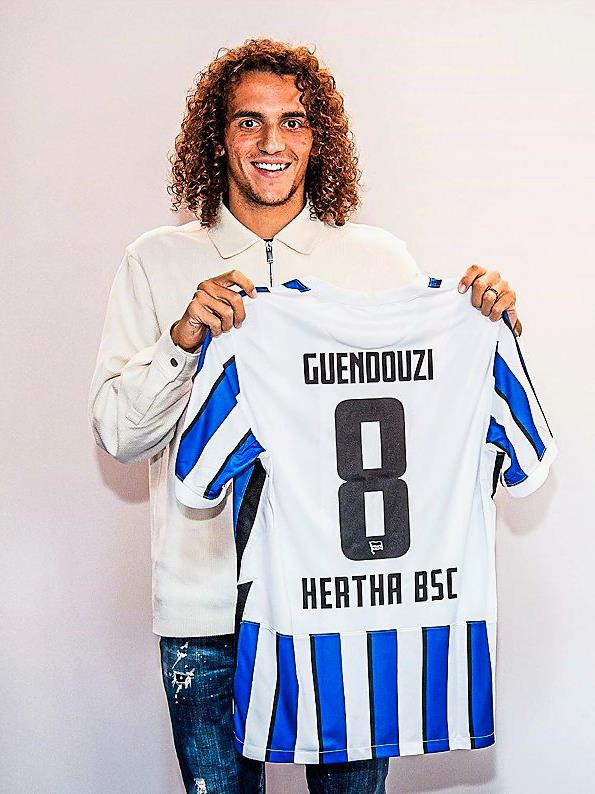 ■ ARSENAL midfielder Matteo Guendouzi has joined Bundesliga outfit Hertha Berlin on a season-long loan deal. The France Under-21 international (pictured) has made 82 appearances since joining the Gunners from Lorient two years ago but has not featured in boss Mikel Arteta’s matchday squad since he taunted Brighton players in the aftermath of a defeat in June. The 21-year-old said of his switch: ‘The discussions with those responsible convinced me. ‘I don’t just want to develop personally, but help the whole association to take the next step.’ Sead Kolasinac is still at Arsenal after a £10m move to Bayer Leverkusen fell through before Germany’s 5pm deadline.