ANTI-SEMITIC graffiti found daubed across several shop fronts and a synagogue in north London has been condemned as ‘disgraceful’ and ‘senseless’.

Labour leader Jeremy Corbyn sent a message of ‘love and solidarity’ to Jewish communities, while home secretary Priti Patel described anti-Semitism as an ‘unacceptable scourge on our society’.

The Jewish holy symbol alongside the numbers ‘9 11’ was spray-painted in red and purple on several premises in the Hampstead and Belsize Park area, including South Hampstead Synagogue, on Saturday night.

The graffiti references an anti-Semitic conspiracy theory that Jews are responsible for the 9/11 terror attack, and was found less than two hours after five people were stabbed at a rabbi’s home in New York.

Police have said they are investigating the graffiti as a racially motivated hate crime after receiving reports of the vandalism at 11.30pm on Saturday.

The graffiti was seen being removed from shop windows on Sunday afternoon. 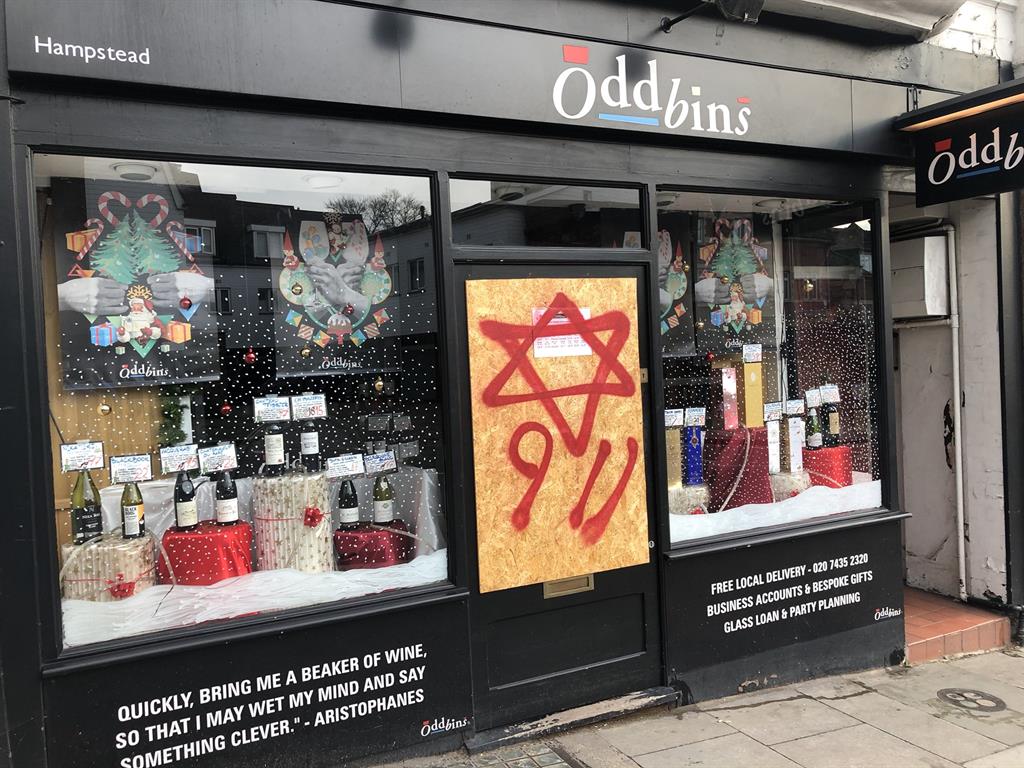 Mr Corbyn said on Twitter: ‘How terrible that Chanukah started with a message of hope and on this last day we face antisemitic graffiti in London and horrific stabbings at a party in New York.

‘We stand with all our communities facing hate. We send love and solidarity to Jewish communities around the world.’

Ms Patel said: ‘We must root out this anti-Semitic hatred,’ adding: ‘No one should live in fear or tolerate such heinous abuse.’ 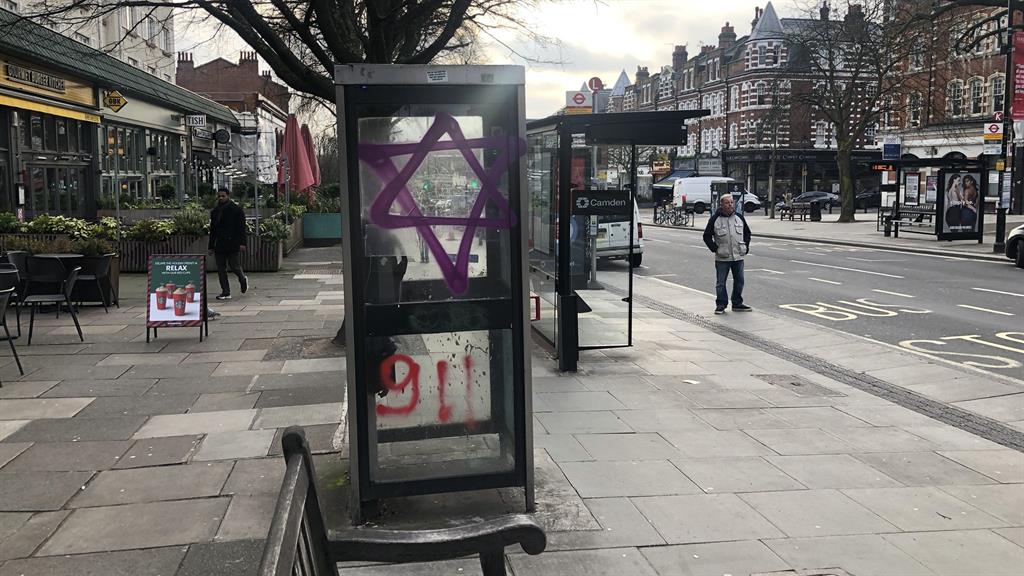 Metropolitan Police said no arrests have yet been made and has stepped up patrols in the area.

Inspector Kev Hailes said: ‘This is clearly a concerning incident and one we are taking seriously.

‘We have liaised with our partners in order to remove the graffiti and various inquiries are under way to find who is responsible.’