ANNE HATHAWAY seems happy — or at least, more than she used to be. ‘I’m happy when things are simple,’ she says. ‘Since having a kid, I find it a lot easier to do that. The day begins with a checklist: “Is he breathing? Is he healthy? Is he growing? Is he thriving?” If I get four yeses it’s really hard to upset my day.’

The 34-year-old New Yorker is bubbly when we chat but admits that, in the past, ‘I just wasn’t feeling satisfied by the other stuff. It was too stressful and kept me at a distance from things that I loved.’ What other stuff? ‘Oh, just, you know, breathing!’ she laughs. ‘I think I was searching, like everybody, for greater peace.’

Hathaway (who is introduced to me as Annie) has been around a while. She was just 16 when she got the TV series Get Real and films followed.

‘The Princess Diaries, Brokeback Mountain, The Devil Wears Prada, Rachel Getting Married… they set up this foundation,’ she says. ‘I had dream directors and roles, movies that were successful in their ambition and intention.’

She went on to win an Oscar for 2012’s Les Misérables — and around that time her personal life was changing too. The actress married producer Adam Shulman in 2012 and gave birth to their son, Jonathan, in March last year.

She was pregnant while filming her latest movie Colossal, the only subtle giveaway being a few shirts carefully knotted around the stomach area. Her character, Gloria, is an out-of-work writer with a drinking problem — but that’s only half the story of this ingenious comedy sci-fi.

‘It begins in a way where everyone’s like, “OK, yeah, I’ve seen that,”’ she says. ‘But then you get to “…and when she gets drunk, a gigantic monster terrorises Seoul in Korea.”’

Not only that — this beast appears to be controlled by Gloria so that when she taps her head, it taps its head and when she dances, it dances.

‘People had a couple of different reactions,’ says Hathaway. ‘One was, “seriously?” The other one was, “is that a good idea career-wise?” Then usually it all rounded up with, “I can’t wait to see that.”’

Colossal is a good career move: she’s great, it’s funny and it’s different from anything she’s done before. Gloria doesn’t just party, she drinks all night, every night, passes out and can’t remember anything when she surfaces the next afternoon. Could Hathaway relate to her?

‘Oh God, absolutely, like in my twenties…’ She laughs a long, knowing laugh. ‘I’ve had Gloria nights and I’ve had Gloria months. I don’t think I’ve had Gloria years, thank goodness, ’cos I think that would be pretty rough on my liver. But she just felt like she was someone human who had been crafted with love.’

How was it filming while pregnant?

‘It was pretty awesome,’ she says. ‘It was a relief because I was feeling, you know, pregnant in the first trimester way, then I snapped out of it four days before we started filming.

‘The night shoots were hard for me. Usually, the way I approach my character, I like to get pretty extreme physically and I couldn’t do that on this one, so it was a bit of an adjustment. But I can’t honestly say it would qualify as a challenge.’

So what’s the next challenge? Should we be excited about the upcoming all-female Ocean’s Eight, in which Hathaway stars alongside Sandra Bullock, Cate Blanchett, Rihanna and more?

‘Dude, dude, just leave it all on the floor,’ she says. ‘It’s gonna be great. Every woman in this movie, they’re just even better than you could hope.’

The charge of insincerity has been laid at Hathaway’s door before, and though I find her warm, funny and thoughtful, her flattery starts to look a bit strategic when she compliments my name (really?), and my profession (‘I also think how tough it must be to be a film critic’).

But if she’s trying to be nice, at least she’s trying. And when I say how much I love writing about movies, she exclaims happily: ‘I feel the same way about making them, that’s so cool! I can’t think of anything better for me to do.’

Colossal is in cinemas from Friday

Hathaway from the hip

On her Catwoman outfit 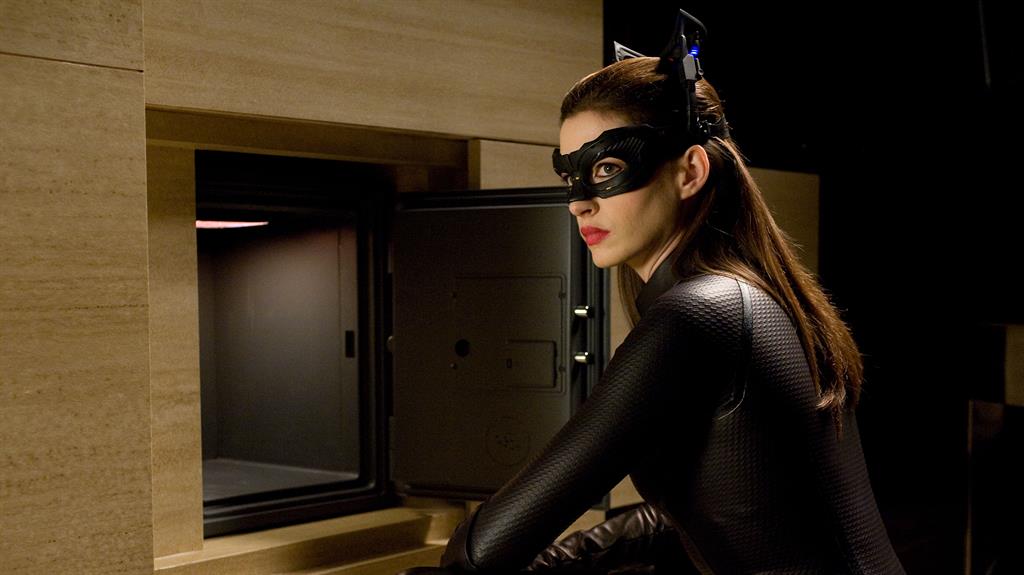 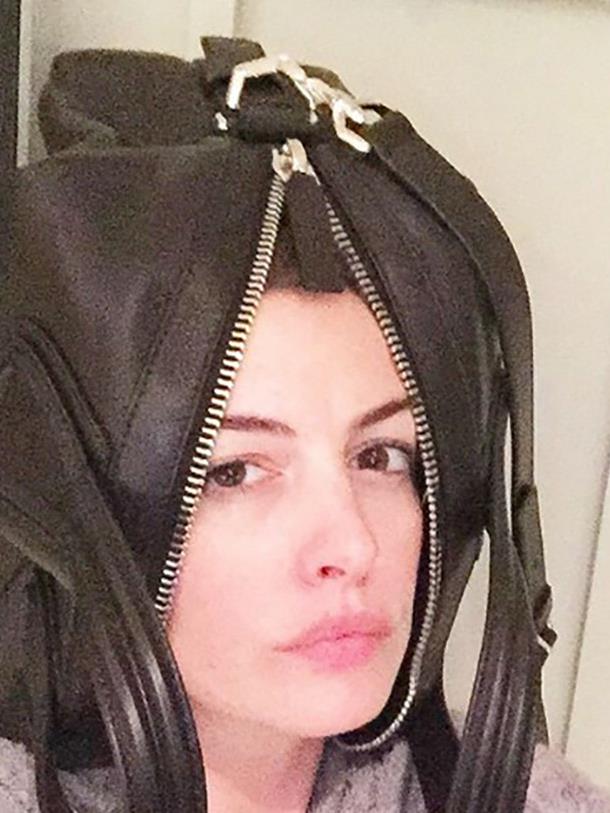 There are some things where I wish I’d waited a little longer before I pressed send… There’s this one where I put a bag on my head and pretended it was a hat. I was just so pregnant when I made that choice!