TV PRESENTER Anna Williamson, 35, has had a series of major life changes since competing in celebrity diving show Splash in 2014 — not least of which is moving into her current home, a converted piggery in Hertford.

Little did Anna suspect when she signed up to dazzle the nation with her diving skills that it would put her on the path to motherhood.

‘I met my husband Alex when I started on Splash. He’s a personal trainer and nutritionist and I employed him as I needed some help getting ready for the show,’ she says. ‘It all blossomed from there.’

The pair got engaged in May 2015, bought their home together that July, married in the October and had their baby son Enzo, who’s now seven months old. They hadn’t lived together before buying their home — part of a development that was converted ten years ago from farmyard barns. 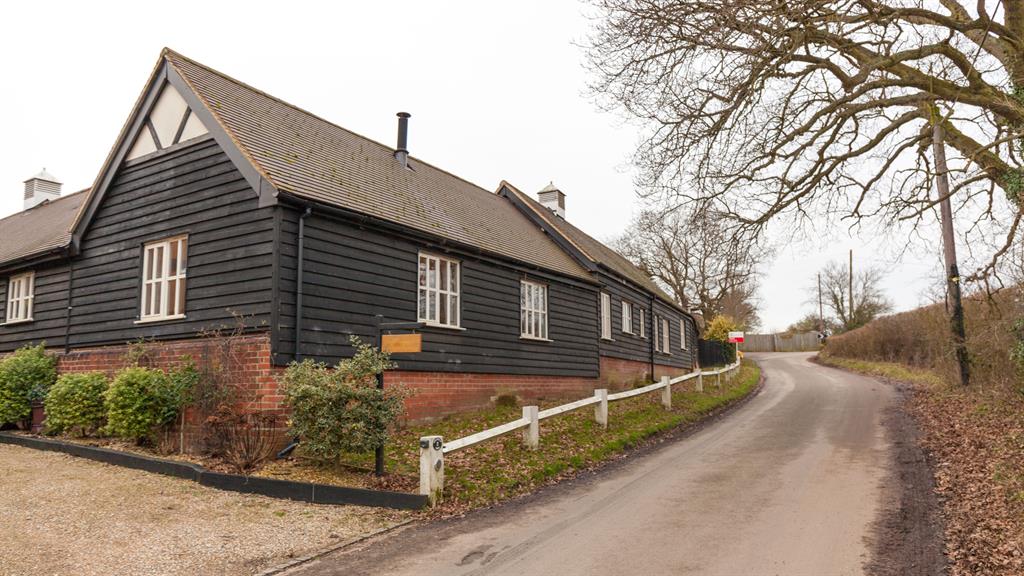 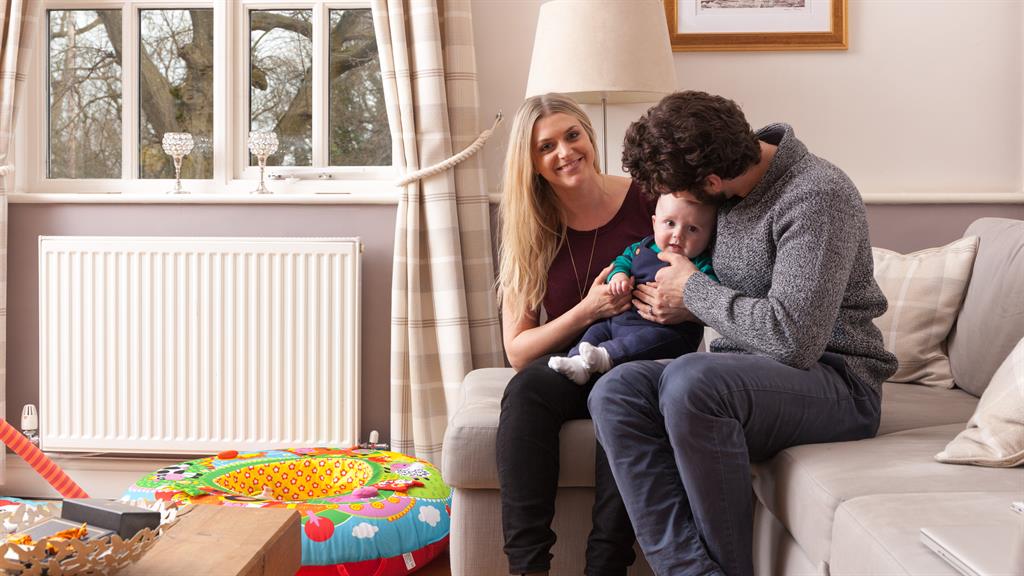 ‘I had a lot more stuff than Alex when we moved in. After 17 years on TV, I’m lucky to have some lovely clothes, which I can’t throw out.’

Fortunately, the house has a loft that runs the length of the property and this is where she’s stashed her older garments, shoes, skiis and other paraphernalia. It’s certainly a handy storage space, because the two-bedroom house is compact, although it doesn’t feel confined, thanks to the high ceilings and beams in each room.

Anna says her favourite room is the living room, with its dual-aspect windows that look out on to some beautiful woodland. Paintings of Cefalu in Sicily hang on the wall. ‘It’s a romantic part of the world and it’s where Alex’s parents met,’ says Anna. She also loves chunky oak furniture and a large dresser is home to her late grandmother’s colourful tea set. ‘I used to play with it as a child and it has a lot of sentimental value.’ 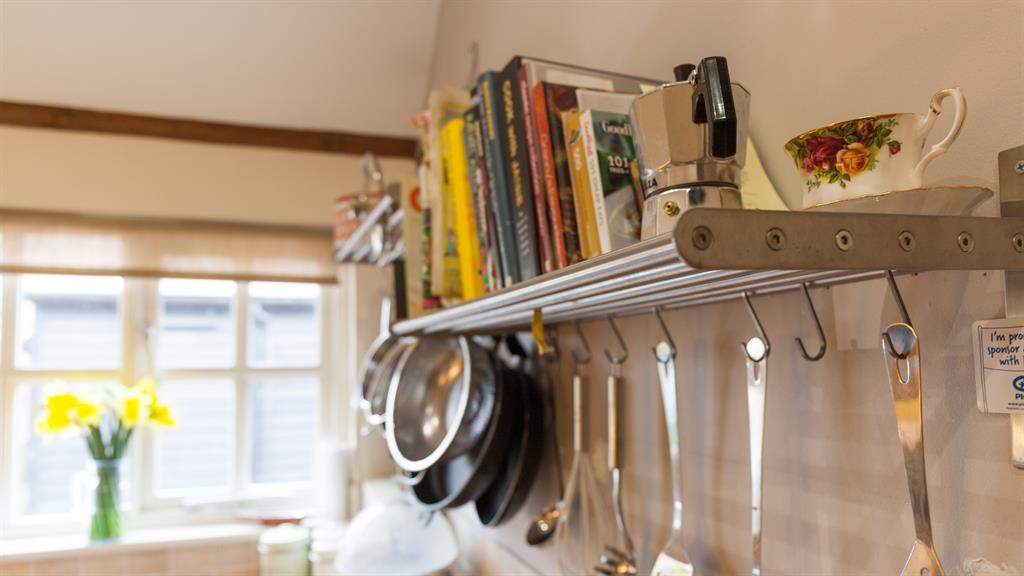 But overall, the couple have done very little to the house and what’s more, don’t intend to start renovating. ‘One of the reasons we bought the place was that it was ready to move into. We both had busy working lives and were about to start a family, so we wanted to avoid the headache of trying to renovate a property at the same time,’ she says.

It’s probably just as well, as they say their attempts at redecorating haven’t gone smoothly.

‘It was our first pre-marital argument,’ laughs Anna. ‘We picked a “honey peach” colour for the feature wall in the bedroom but it was a horrible orange once it was on the wall.’ 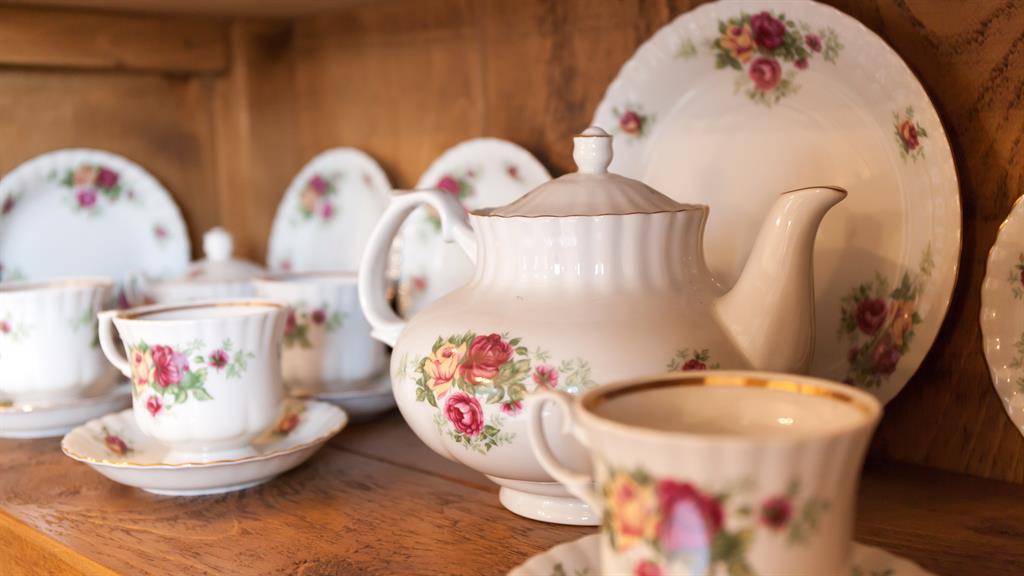 ‘It dried, though,’ interjects Alex. ‘And looks really nice now. In the end, Anna was really apologetic.’

Anna, who now works as a life coach alongside her television and radio work, has spoken about her battle with anxiety — another reason for choosing such a peaceful location.

‘It doesn’t take long to get into central London,’ she says. ‘But I need space. I can cope with a busy lifestyle as long as I come back to tranquility.’

She and her family most definitely seem to have found that.

Anna’s tips for a stress-free home 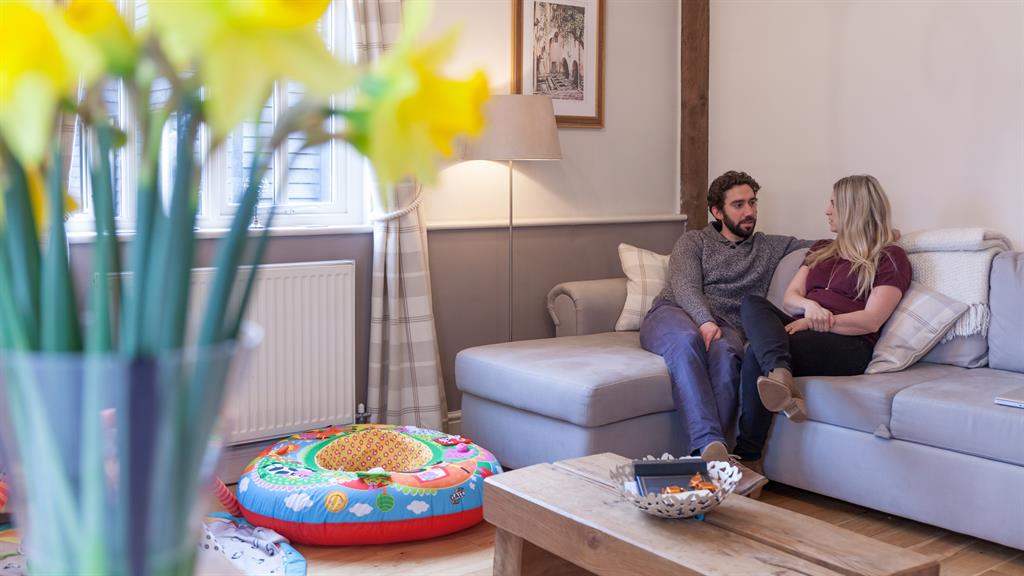 1.De-clutter: being surrounded by junk doesn’t help you think clearly. If you haven’t used something for a year you’re unlikely to need it, so give it to charity.

2. Think about colour schemes: certain colours, such as red, are proven to promote stressful feelings. If you look at a colour chart you’ll see what colours you find restful — yellow works well. If you have a small room, don’t paint it a dark colour.

3.Don’t keep devices in your bedroom: screens are a distraction and affect the quality of your sleep.

4.Have your own space: for me it’s the bathroom, as I like bubble baths, but it can be anywhere, such as a favourite chair.

5. Outside space: if you have outside space make sure you utilise it, as vitamin D from sunlight is proven to boost your serotonin levels.