FOR SOMEONE whose house looks like a chic art gallery, Annabel Karmel couldn’t be more laid back at home. The best-selling baby food and nutrition author shares her 7,500sq ft Maida Vale home with her partner Stephen Margolis, many rare artworks and collectables and three very lively, large dogs. Sabre the golden retriever, Hamilton the samoyed, and Bono the American cocker spaniel have the run of the house, knocking drinks off the coffee table and demolishing rugs.

Annabel is in the kitchen — where she says she spends most of her time — chuckling her way through a story of how her cocker spaniel came to be named after the lead singer of U2.

‘I met Bono’s manager at a party the day before I picked [the dog] up,’ she explains. ‘The breeder said I needed a name for him so I said, “Bono.” Then a while later I met [singer] Bono in a restaurant so I showed him a picture of the dog and said, “Bono meet Bono!” He replied, “I liked his early work.” He must have thought I was a mad woman.’

Having ‘banned bland’ from children’s meals, Annabel has certainly done the same for her own home, where she has lived for 11 years. When she moved in there was a very narrow entrance and staircase on the ground floor, with two rooms in dark brown and the other in red. ‘I didn’t love it,’ she says. ‘So we knocked all walls down and created a huge entrance hall to out the art we have collected from all over the world.’

Let me draw your attention to the security guard. ‘People come for dinner and after three hours they ask why he is standing there, thinking he’s real,’ says Annabel. That’s right, this is just one of Annabel’s interesting art pieces, a lifesize hyperreal sculpture. ‘I bought him in Dubai, from the window of an art gallery,’ she recalls. ‘It was just fun. Every detail is perfect.’

There’s also a patchwork elephant called Gloria bought from an online auction. ‘I was fixated by her,’ says Annabel. The elephant was created for charity Elephant Family and is light enough to be moved around. Originally found on King’s Road, she is now an ‘indoor elephant’, says Annabel. ‘It’s tragic what poachers are doing to elephants. I cannot bear cruelty to animals.’ As well as loathing animal cruelty, Annabel loves Halloween. So much so that her home features door handles made from skeletons.

‘It’s one of my favourite times of the year,’ she says cheerily. ‘I often have a Halloween party. I like the creativity, it’s so much fun and interesting. I made a skeleton out of vegetables once.’ 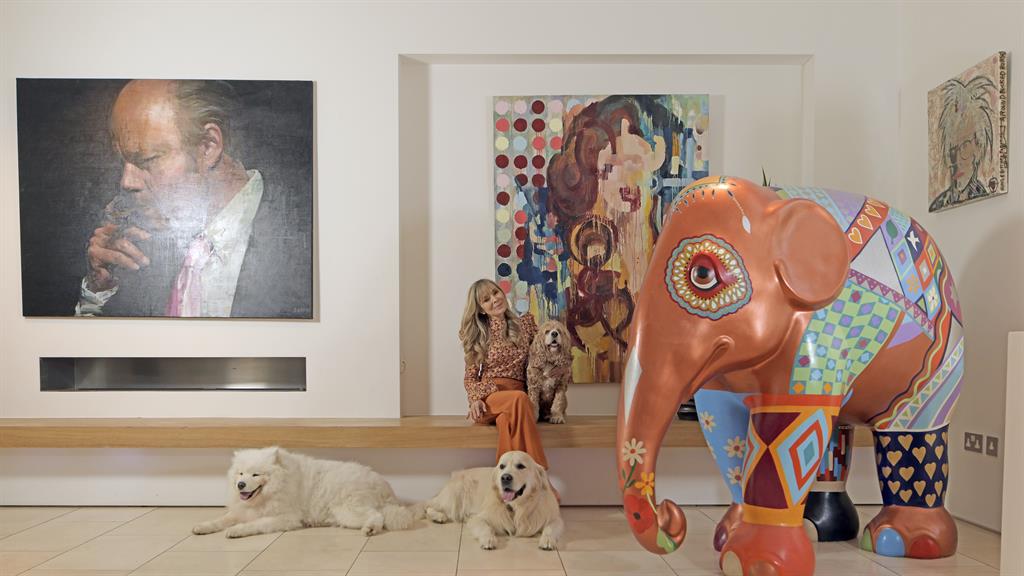 Elsewhere in the house, things are a little more traditional. The sitting room, with a crisp white colour scheme and wooden floorboards, has been designed to take in the views of the beautiful garden. That’s not to say it isn’t full of quirky touches. There is an amazing desk made from an old door which Annabel saw at an exhibition in Paris. The door came from India and sits on a Perspex stand. The artworks around the room provide splashes of colour on a pared-back canvas.

There are artworks by James Holdsworth, who reinvents cartoon classics and pop icons, this time placing Mini Mouse in risqué poses.

‘I like art that is provocative,’ she muses. ‘I love the Chinese lady I bought recently in Shanghai who bows to you as you enter the house, so I have someone to welcome you into the house and someone to put you on your guard. The Elliott Erwitt dog photo in the guest loo shows the legs of a Great Dane, chihuahua and someone in wellies. I think the juxtaposition is fun and at first you need to work out who they belong to.’

The family is musical and Annabel was a professional harp player. Look around and you’ll find a harp, drums and piano — perfect for a family jam session? ‘The drums and harp don’t go together,’ she laughs.

On this floor is the dining room, too, where Annabel does a considerable amount of entertaining. She is also a patron for a children’s hospice called Julia’s House in Dorset and has organised fundraisers with movie director Guy Ritchie.

‘I felt an affinity as I lost my own child Natasha [in 1987, aged three months] and they look after young children who are terminally ill.

‘I organised an event at Downing Street with Samantha Cameron and invited quite a few celebrities, including Guy Ritchie. That led to him getting involved, as he lives in Dorset, and he then held an event with Robert Downey Jr at his house in the country and that raised £1m and helped them to set up another hospice in Wiltshire.’

Downstairs is the kitchen. The style is part kitchen, part upmarket bistro, with walnut surfaces, a vast exotic fishtank, and a large neon sign saying ‘Tomorrow is another day’ — a reference to Annabel’s favourite movie, Gone With The Wind.

The fish are good for her karma, she says. ‘All my recipes are designed in this kitchen. I have a fish tank so I can watch the fish [while I’m cooking].’

There is also a huge picture of Amy Winehouse, one of Annabel’s favourite musical artists. The industrial-sized room is designed like a working restaurant kitchen, with durble Gaggenau appliances, everything close at hand and a place for all essentials.

Connected to the kitchen is a large family living room where the dogs can relax and often be found chewing the postage stamp carpet. ‘The dogs have kind of ruined it. It was nice in the beginning but not so nice now.’

From this floor you can access the large garden, which has one more animal; a cow that was created for charity and bought on auction. He is not really supposed to live outside so Annabel has him repainted every couple of years.

‘The art makes me happy,’ she says. ‘Often, they are pieces that I have bought when I am travelling for work. 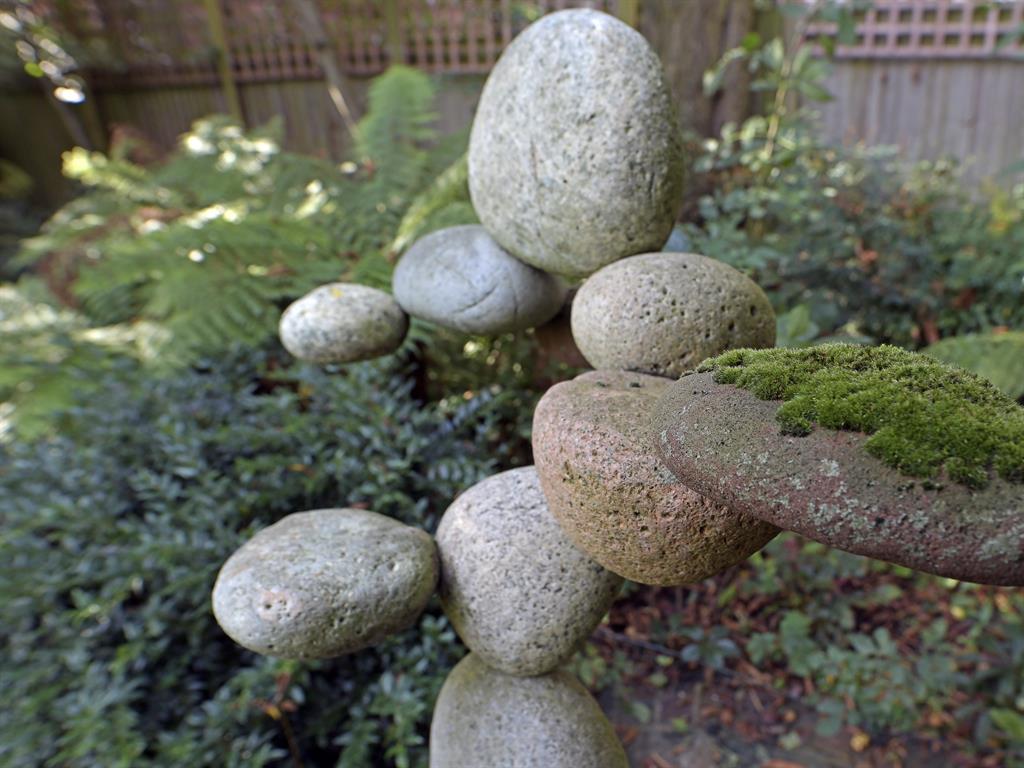 ‘We really are not too precious about the house — the dogs can go anywhere and we love entertaining and having friends over.

‘My house is definitely lived in and not just for show.’

■ Annabel has partnered with tails.com the subscription dog food service, to release The Happy Dog Cookbook, a cookbook of 24 recipes especially for canines. £14.99 and available from Amazon, Foyles and Waterstones