IT WAS a case of home truths from the former home secretary when Amber Rudd offered to take her daughter’s ex-lover to task.

Flora Gill, daughter of Ms Rudd and the late writer AA Gill, turned to Twitter for advice on how to reply to the man, who got in touch when he found she wrote for GQ.

‘The guy that ghosted me ten years ago on my gap year, after I lost my virginity to him, has just slid into my DMs to tell me I’m “the most accomplished person he’s ever slept with”,’ she told her followers.

‘Quick I need the perfect response?’ she wrote. 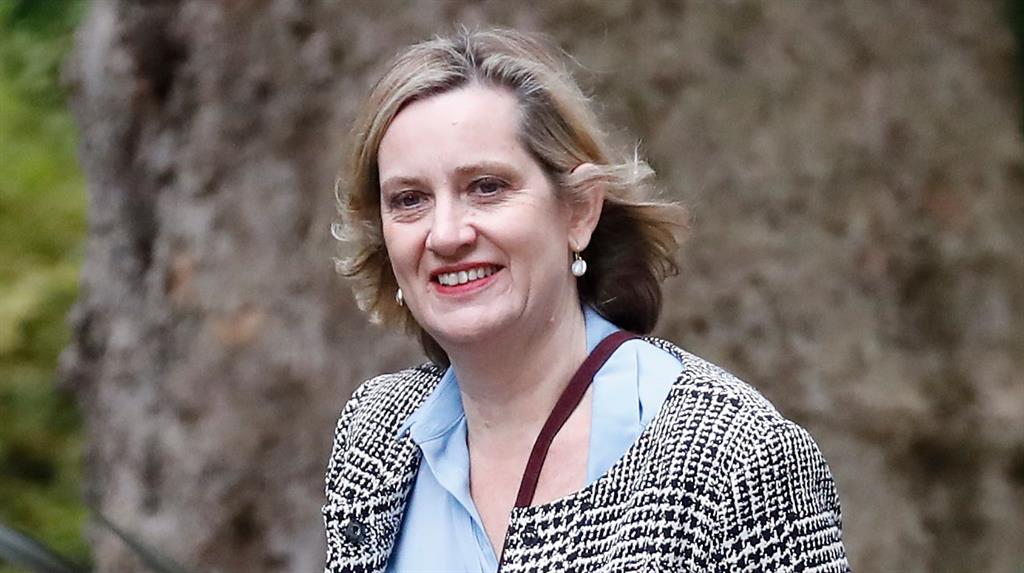 Amber Rudd (pictured above) replied: ‘Your mother would like to speak to him’ — a comment liked by thousands.

But it was not just the former women and equalities minister who had advice on her predicament, with one suggesting she should send him a photo of a ten-year-old and ‘say she has his eyes’. 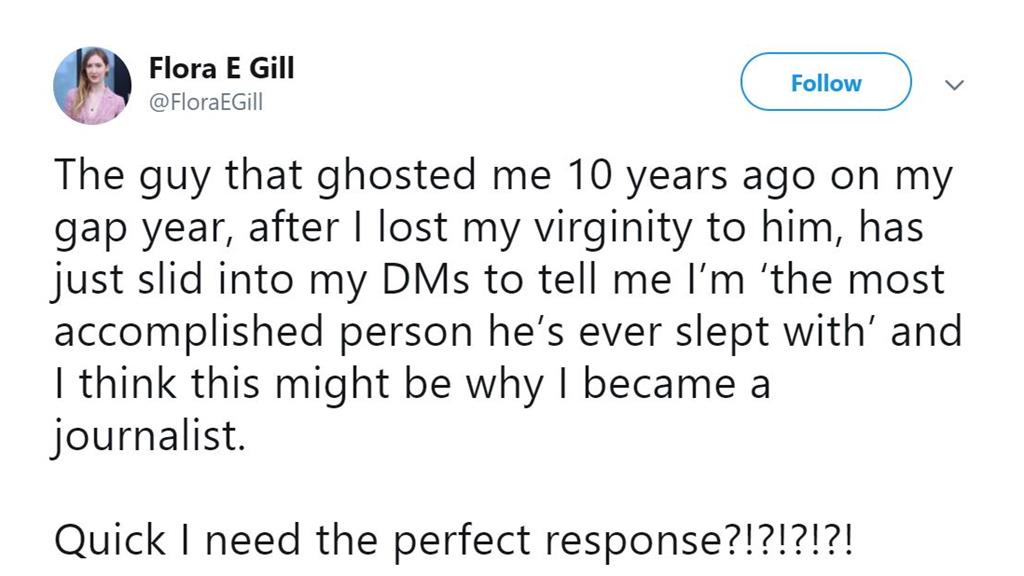 ‘God, imagine sending a 3am DM and by the time you wake up a former Home Sec is taking the p*** out of you,’ tweeted Charlie Peters. 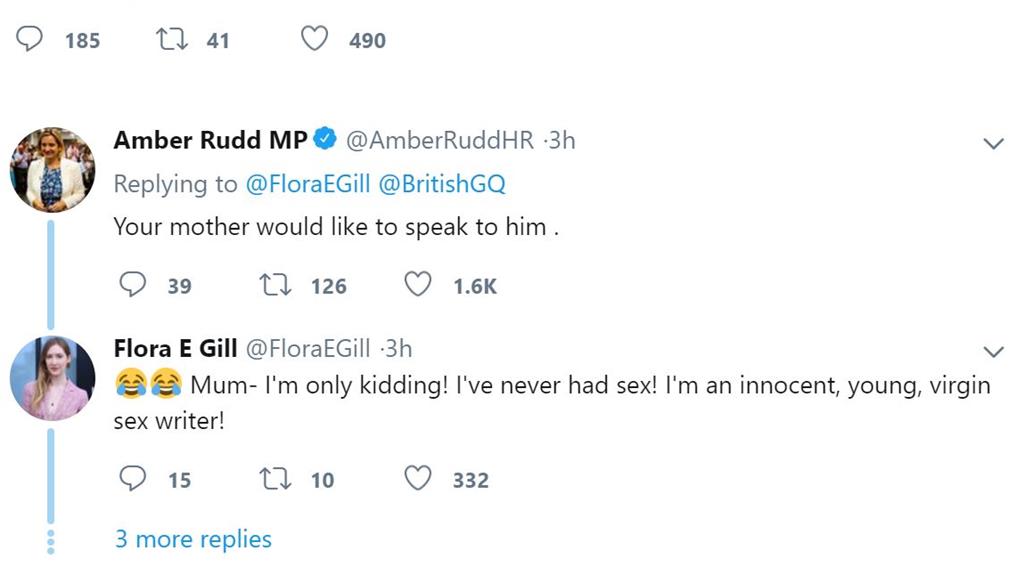 ‘Tell him he’s the least accomplished person you’ve slept with?’ suggested Jo Pearce. ‘Thank you for getting back in touch, the CSA want a word,’ wrote John Preece.

But Ms Gill later appeared keen to spare her ex’s blushes. ‘Ok, I have officially replied with “Sorry, who is this?” she posted, adding that the sudden appearance of a child on her account might be ‘too unbelievable an option’.