AMANDA HOLDEN has said she is confident Simon Cowell will be ready to return to Britain’s Got Talent next year.

The music mogul and TV judge, 61, has been recovering after breaking part of his back in a fall from an electric bike he was testing at his house in Malibu.

Amanda, 49, was the ITV show’s head judge during his absence.

She told Good Morning Britain that Cowell’s partner ‘Lauren [Silverman] is always saying to me that, “His will to get better is extraordinary.” 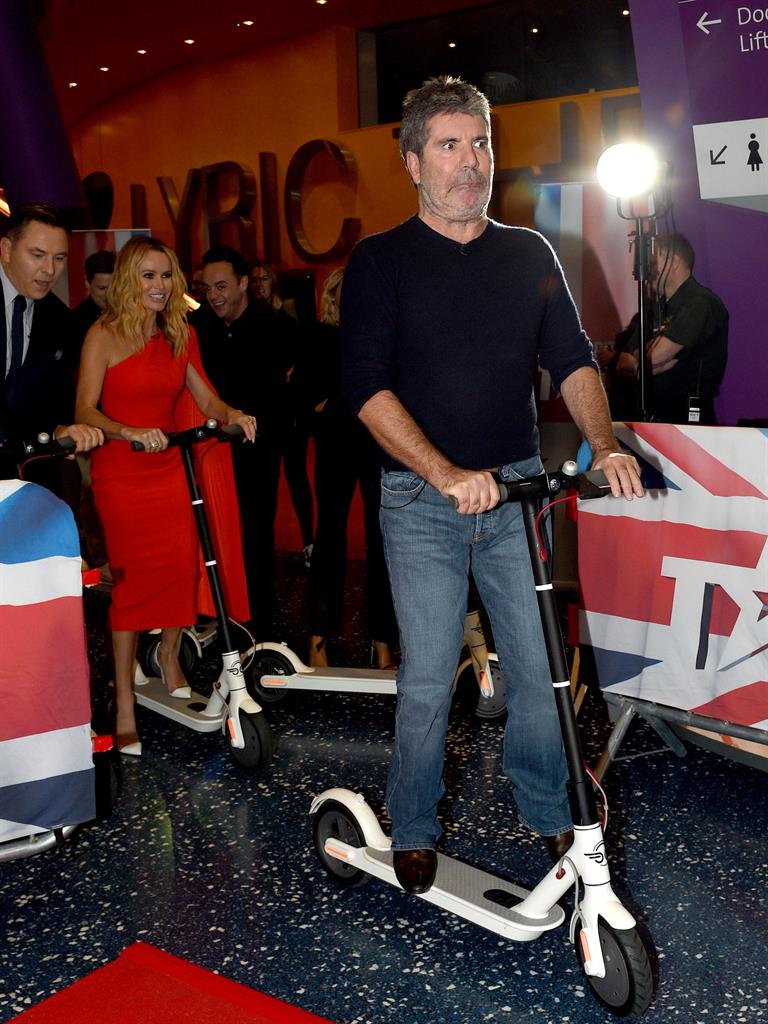 ‘He’s very determined. He’s a fighter… There’s no way he will want to be seen to be failing or to not be getting better as quickly as he possibly can.

‘So, I know that we will see him next year.’

Meanwhile, she quipped of filling in for Simon: ‘I’m going to ask for parity of pay. I think that’s only fair.

‘As a female and as the head, I should be at least on the same wage as him. And then I could donate it and save some theatres.’

The BGT final saw Jon Courtenay, a comedian and singer from Manchester, win this year’s series.

‘I was totally thrilled for him. He said he was down to his last £500 in the bank, so that money is going to be life-changing for him,’ Amanda said.

The singer and TV judge, who has caused controversy and complaints to Ofcom with her racy outfits on the show, said her dress was inspected before the final.

‘They… do an inspection and that dress at the top was double-lined and I had make-up on the “girls” so nothing was showing through,’ she said.