ALICE COOPER is undoubtedly one of rock’s greatest showmen. And, now in his 70s, with a music career that has spanned half a century, he shows no signs of slowing down. As he hits the road with a 34-date tour that kicks off in Manchester tonight before heading around Britain and on to Australia, New Zealand and America, he’s promising his most spectacular show yet.

The Ol’ Black Eyes Is Back tour will see him perform a mix of some of his biggest hits, including School’s Out and Poison, and a nostalgic selection of rarely performed back catalogue cuts.

Alice’s live shows are pure rock’n’roll escapism, the perfect antidote to the political chaos outside. ‘You come to Alice Cooper to take a vacation from all that turmoil,’ he says. ‘Everyone is so worried about being so politically correct, too, but I’ve always said that Alice Cooper isn’t politically incorrect, I’m politically incoherent!

‘I look at it as Mel Brooks looks at it — c’mon, if we get so serious there’s not going to be any comedy anymore, everyone is going to be too afraid to say anything at all. This is rock’n’roll! This is an Alice Cooper show, so anything can happen.’

Having previously filled his stage with bloodied brides, guillotines, monster puppets and other horror excesses, Alice confesses he would love to take things even further, with a long-running, fully immersive show, perhaps a residency in Las Vegas or on Broadway.

‘You might feel a spider web coming up from under the seat — in the dark you wouldn’t know what it was,’ he suggests. ‘There would be smells you could do. You would attack every single sense. I would have people at the front and, as soon as

you come in, the doors would be locked and there would be security men standing by them. That immediately sets up this claustrophobia.’

But the world hasn’t always been Alice’s oyster. When he started out, his music career looked as if it would be over before it began. His first two albums were flops: 1969’s Pretties For You peaked at a less-than-impressive 193 in the US charts, and the 1970 follow-up Easy Action failed to find any traction at all. It looked as though the Alice Cooper band was destined to quietly vanish into rock’s bargain bins. But a move to Alice’s old hometown of Detroit changed everything. They had found their place.

‘We were not an LA band. We were not groovy enough for LA,’ recalls Alice. ‘We were not hippy enough for San Francisco; we were not sophisticated enough for New York. Detroit is the home, in America, of hard rock. They had Iggy and The Stooges, they had the MC5, they had Bob Seger and Ted Nugent and all the really hard, hard rock bands, so when we played there for the very first time, everyone loved us, because we were relentless. We fit right in there.’

Consequently, it wasn’t long before the now Detroit-based and reinvigorated Alice had scored a bona fide hit. ‘We broke out of Detroit with our first single, I’m Eighteen,’ he says of the 1971 rocker that preceded third LP Love It To Death. ‘That was the only place that song could’ve broken out of. It’s not an LA song, it’s not a New York or even a London song. That was a Detroit song.’ 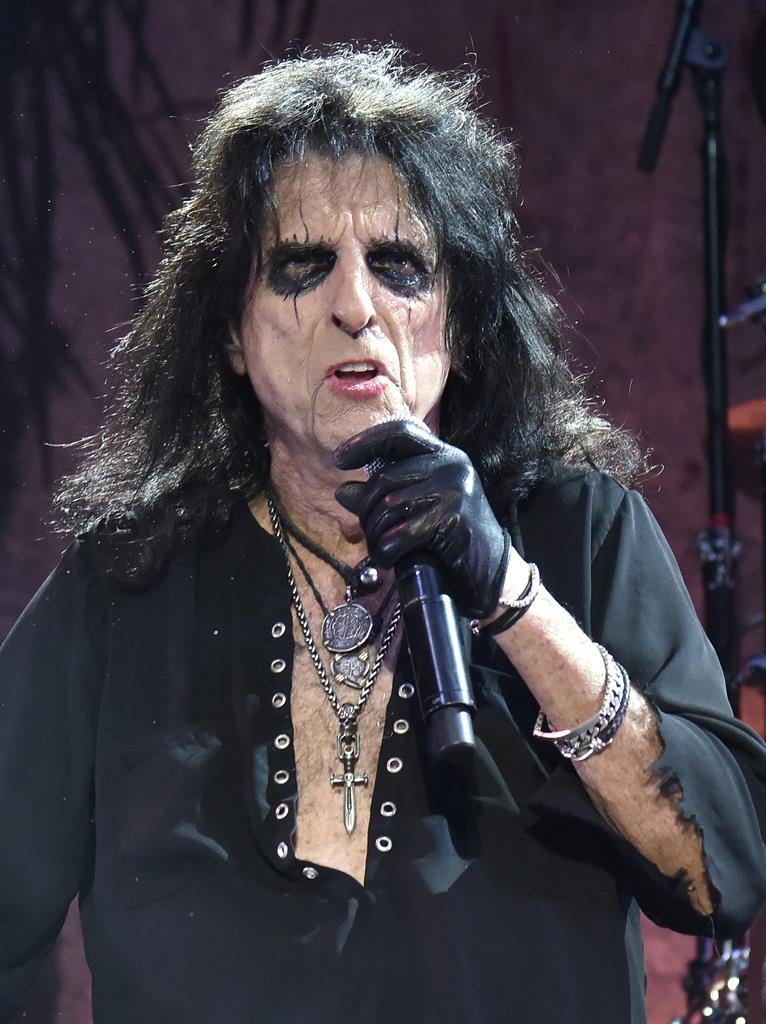 Alice plays tribute to the city that welcomed him with his latest release, the Breadcrumbs EP — featuring tracks by various Detroit alumni including 1970s glam queen Suzi Quatro and 1990s garage band The Dirtbombs, as well as MC5 and Bob Seger. Played by Detroit musicians, it perfectly encapsulates the city’s distinctive, guitar-driven style.

‘The Detroit sound is unique; there’s a little bit of Motown rhythm and blues that shows up in almost every track,’ says Alice, referring to the seminal soul label that was based in the city. ‘Back in the day, we’d be playing the Eastown Theatre with MC5 and The Stooges, and there’d be Smokey Robinson, Stevie Wonder and people like Aretha Franklin. They all came down to hear the young rock bands. And then when they played, we would go down to their shows.’

Alice recalls with affection how hard rock and soul players influenced each other. ‘That was the way it was. There was an infusion [of rock] into what they did and their R&B into what we did.’

A new album is planned for next year and, while the visuals and effects he has in mind for future shows would take the frights to a whole new level, he says the soundtrack will remain rooted, as it is on the current tour, in that Detroit sound. ‘We won’t water that down. Full-on, Alice Cooper, high-decibel rock!’ he says. ‘You’ve got to bring it on, every night.’