WATFORD defender Adrian Mariappa has revealed his surprise at testing positive for coronavirus, admitting he wished his diagnosis had been kept private.

Mariappa was named as one of six people who came back positive out of 748 tests conducted by the Premier League as teams returned to group training.

Mariappa was left confused, saying: ‘I’ve been scratching my head to try to work out how I might have got [it].

‘It was a big surprise because I haven’t really left the house, apart from some exercise and the odd walk with the kids. I did ask whether it could be 100 per cent accurate or whether my results could have got muddled up.

‘Maybe if I had been displaying any symptoms, then it might have made sense. I’ve not had any symptoms and I’ve felt as fit as ever. It’s quite scary how you can feel absolutely fine and not really have left the house and yet still get the virus.’

The 33-year-old was unhappy his identity had not remained secret, adding: ‘I’d have preferred if everything had been kept private. It’s disappointing that rumours started but I will just get on with things now and follow the protocols.’

Hornets captain Troy Deeney stayed away from training yesterday to protect the health of his family. Up to four players are believed to have done the same. 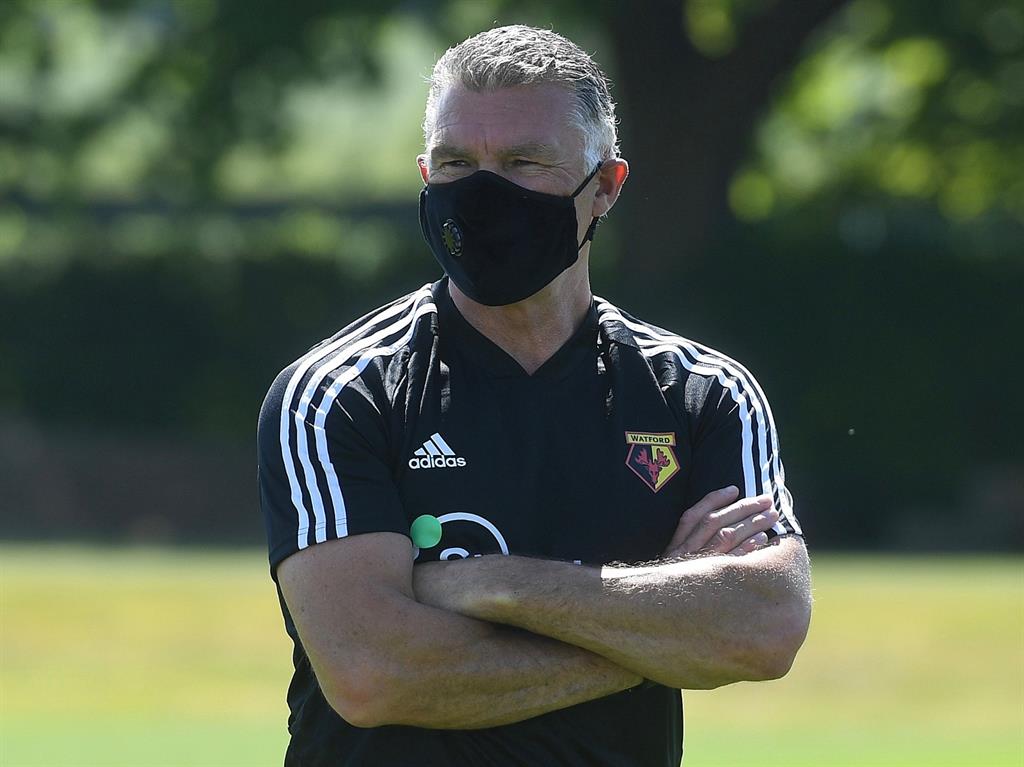 Supportive boss Nigel Pearson (pictured above) said: ‘I have spoken to players who have chosen, at the moment, that is their stance and we respect their decision.’ Reports suggested tests at Norwich — the last top-flight club awaiting results for Covid-19 — had returned negative.

Dowden believes the Saturday 3pm blackout can be lifted, raising the prospect of games being shown on terrestrial television. He said: ‘That creates an opportunity for us to be able to get some sport, some Premier League, free to air.’

Former England Women international Alex Scott will join a government task-force to help get sport back up and running safely.