We’re sitting in a gloomy suite in Venice’s Excelsior Hotel. Or rather, I’m sitting. Pitt, dressed in cap, cargo pants and T-shirt, revealing plenty of arm ink, leaps up to open the window. ‘Sorry, go on,’ he yells as I loudly project my next question.

Still, you can’t blame him. His latest film, Ad Astra, sees Pitt play astronaut Roy McBride so being stuck inside a claustrophobic space probably doesn’t feel great right now. A cerebral sci-fi, Ad Astra is a beautiful and bold work but it’s not a commercial flick like Guardians Of The Galaxy.

‘It’s a gamble — it’s a big gamble,’ admits Pitt, whose company Plan B is behind it.

Written and directed by James Gray, the film sees Pitt’s character go on an epic journey to Mars and beyond in search of his explorer father (Tommy Lee Jones), who years earlier left Earth to seek out new life.

‘He’s looking for his dad and the mystery of who his dad really is,’ says Pitt.

It’s one of the actor’s best performances in a career that’s given us such classics as Seven and Fight Club. Indeed, 2019 is turning out to be a cracking year after his turn as 1960s stuntman Cliff Booth in Quentin Tarantino’s Once Upon A Time In Hollywood. ‘It doesn’t feel any different, to me, coming from the inside, from any other year,’ he shrugs. ‘Some land, some don’t. Some you get to where you wanted to go, some you don’t. But I think the approach is all the same.’

‘They’re extremes, as films,’ he says, ‘but I feel they connect in a way that one would have to experience some kind of Roy journey, whether more or less, to get to a place of easy-peasy Cliff, y’know?’

So where is Pitt? At 55 — a stat, given his peak condition, that’s hard to believe — has he reached that nirvana state yet?

It’s been a testing period, though. After splitting from Angelina Jolie, with whom he has six children — his second marriage, after his five-year union with Jennifer Aniston — Pitt went sober. As he recently told The New York Times, ‘I removed my drinking privileges’, attending AA meetings and quitting booze. Is there anything he’d tell his younger self?

Just like the hitchhiker he played in Thelma & Louise, there’s something casual about Pitt’s approach to life.

‘I’m an instinct guy with a divining rod,’ he says. ‘I really trust in the way — like Cliff — things line up, the opportunities that line up.’

With a father who owned a trucking company, at heart Pitt is still that Missouri kid who quit college, slung his bag in his car and drove to LA with just $325 to his name. For all the success, he feels anachronistic in modern-day Hollywood — you won’t find Pitt wearing a cape in a superhero movie.

‘It’s not my bag,’ he says. ‘I was never a Star Wars guy. There’s this whole thing with the good guys and the bad guys… as a kid, it just didn’t speak to me. I liked Alien!’

He was weaned on classic ’60s and ’70s films. ‘I remember seeing Butch Cassidy And The Sundance Kid at the drive-in theatre when I was first grade… and crying at the end,’ he says. ‘And not wanting my parents to see I was crying!’

Between Ad Astra and the Tarantino film, Oscar buzz is growing. He’s already won an Academy Award as a producer, for 12 Years A Slave but despite nods for 12 Monkeys, The Curious Case Of Benjamin Button and Moneyball, he has yet to be honoured for his acting. So is he thinking this could be his moment?

‘No!’ he exclaims. ‘I guess it’s the most prestigious award for our community. But one, if you’re chasing that, you’re done. Two, I think it’s really fickle.’

JAMES GRAY calls Ad Astra ‘by far the most challenging film I’ve done’, due to the complex visual effects. The director remembers arriving on set.

‘You see Brad is being lowered down on this system where he’s on wires and you’re going “What did I get myself into?”’ he says.

Thankfully, he’s known Pitt since 1995. ‘I’ve been very close to him over the years,’ he says.

Gray’s last film, 2016 jungle drama The Lost City Of Z, was originally set to star Pitt, whose company Plan B produced it. On Ad Astra, he needed the actor’s A-list muscle behind the scenes.

‘He’s like a bulldog,’ says Gray. ‘To have him in your corner is fabulous. I’ve never seen anyone like him. He texts me at two in the morning about an idea. You know he’ll fight for what it is you’re trying to go for.’ 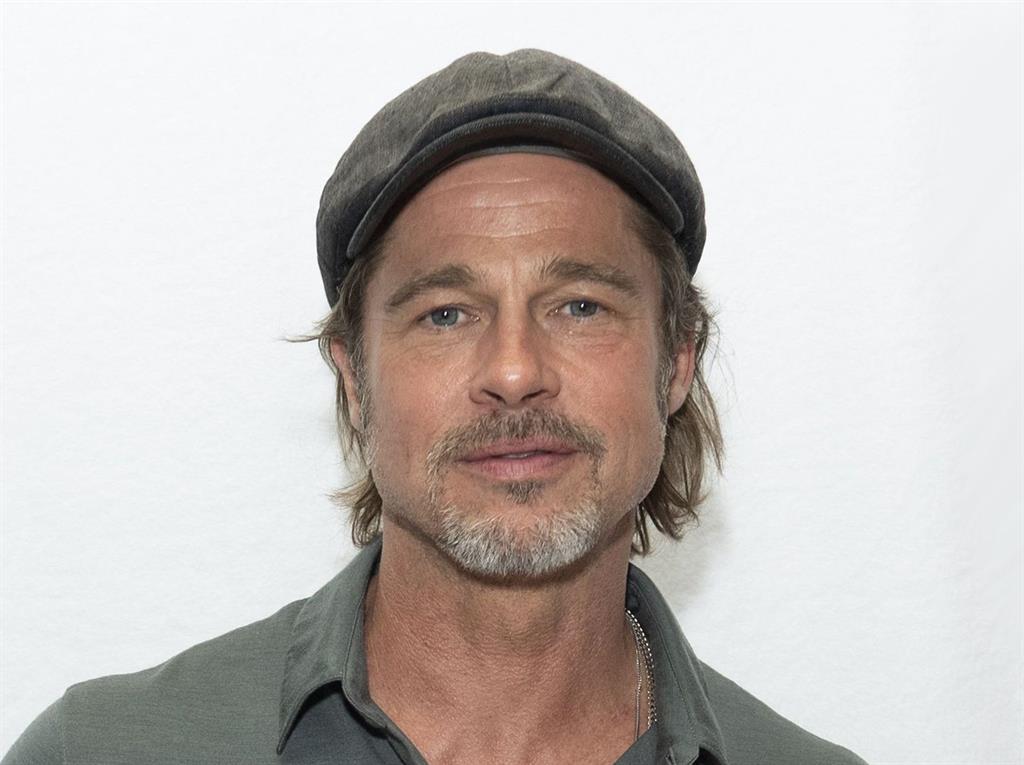 His commitment to the newsboy cap is admirable but what’s more impressive is that it works and doesn’t make him look like an overgrown child. Josh Stephenson 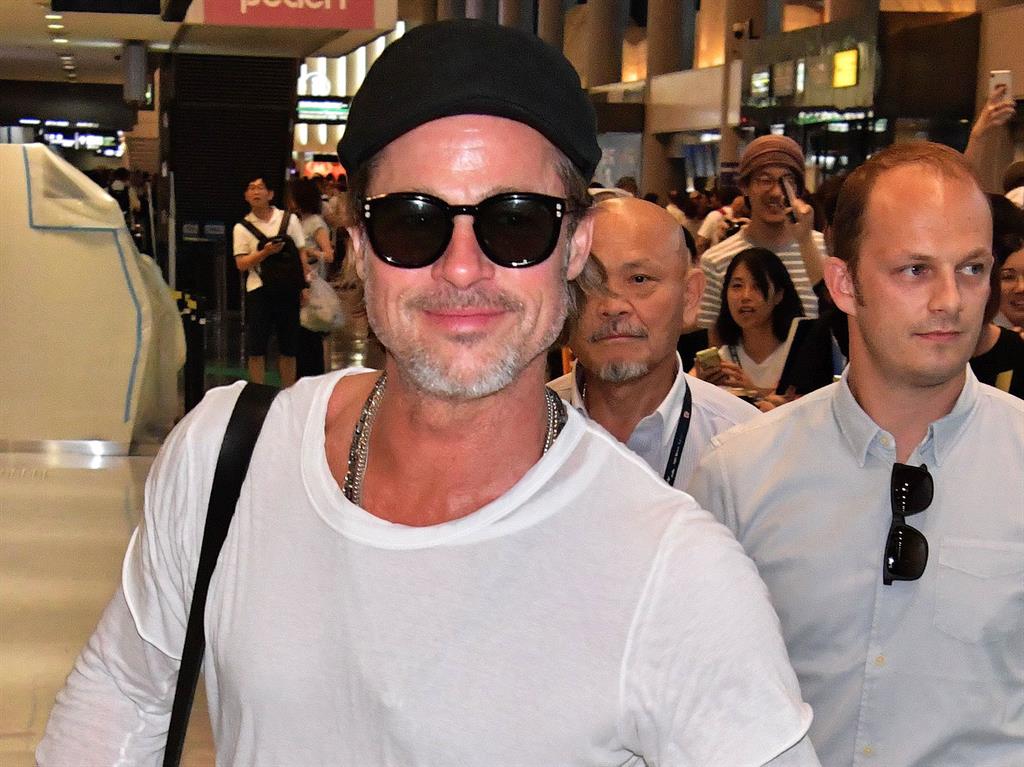 Only Pitt could get away with wearing two white T-shirts at the same time — and that’s exactly what he did when landing in Tokyo last week sporting a sleek monochrome look. 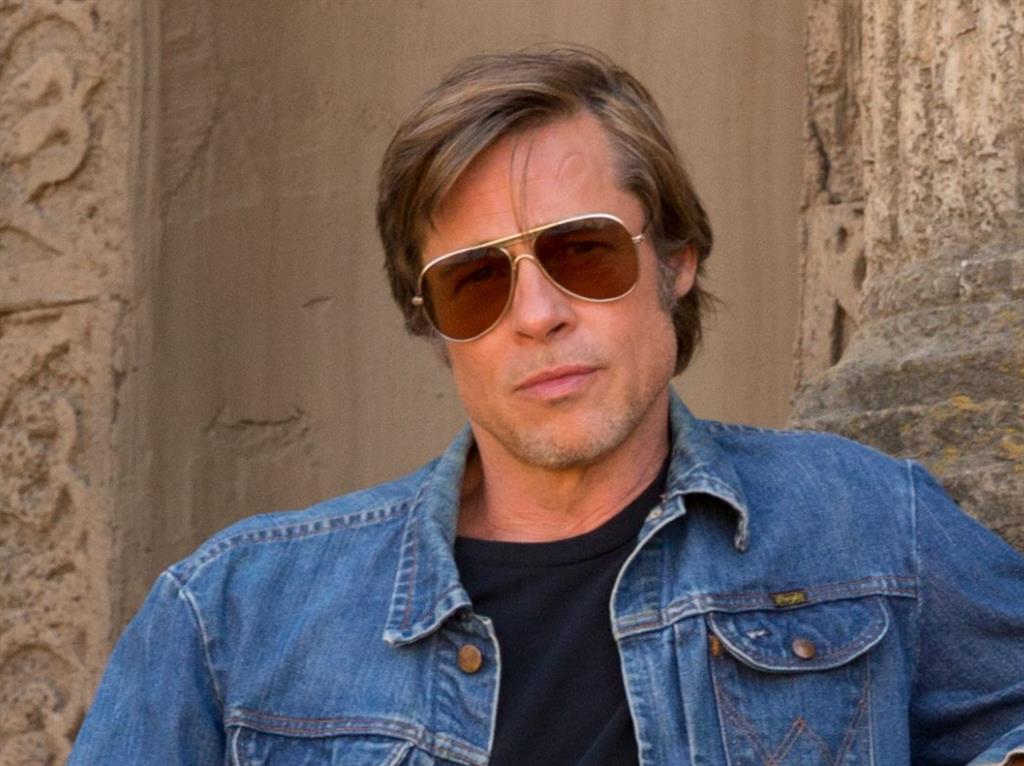 Pitt brought the 1960s back with a vengeance in his smash-hit Once Upon A Time In Hollywood, where he rocked a short-length Wrangler denim jacket that oozed cool. 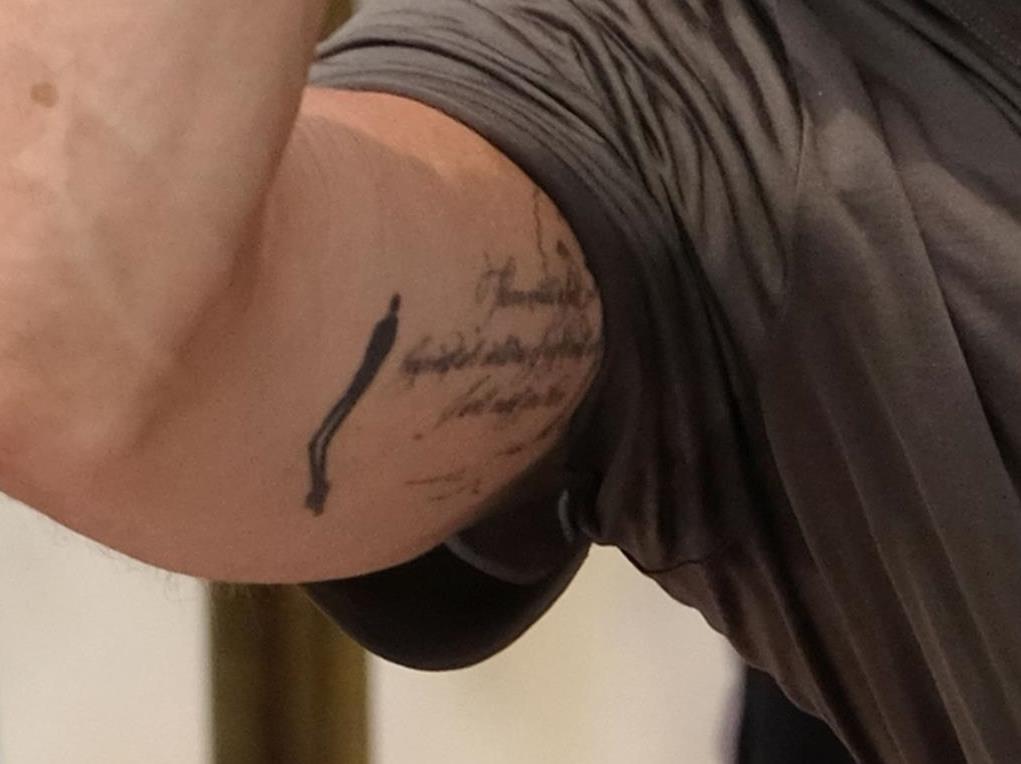 He set tongues wagging this year with a tattoo showing a silhouette of a man with his shadow suspiciously close to his inked ode to ex Angelina Jolie. What could it mean?