WHEN it comes to career juggling, Zawe Ashton has a truly enviable ability to keep multiple balls in the air. In spring, she appeared in an acclaimed West End revival of Harold Pinter’s Betrayal, while doing promo for her first book, the impressionistic memoir Character Breakdown.

Now, come autumn, she is in New York, performing in Betrayal on Broadway, and simultaneously premiering the second play she has written, titled for all the women who thought they were Mad, back home in London.

‘I think a break is going to be very necessary at the end of all this,’ she says, drolly. 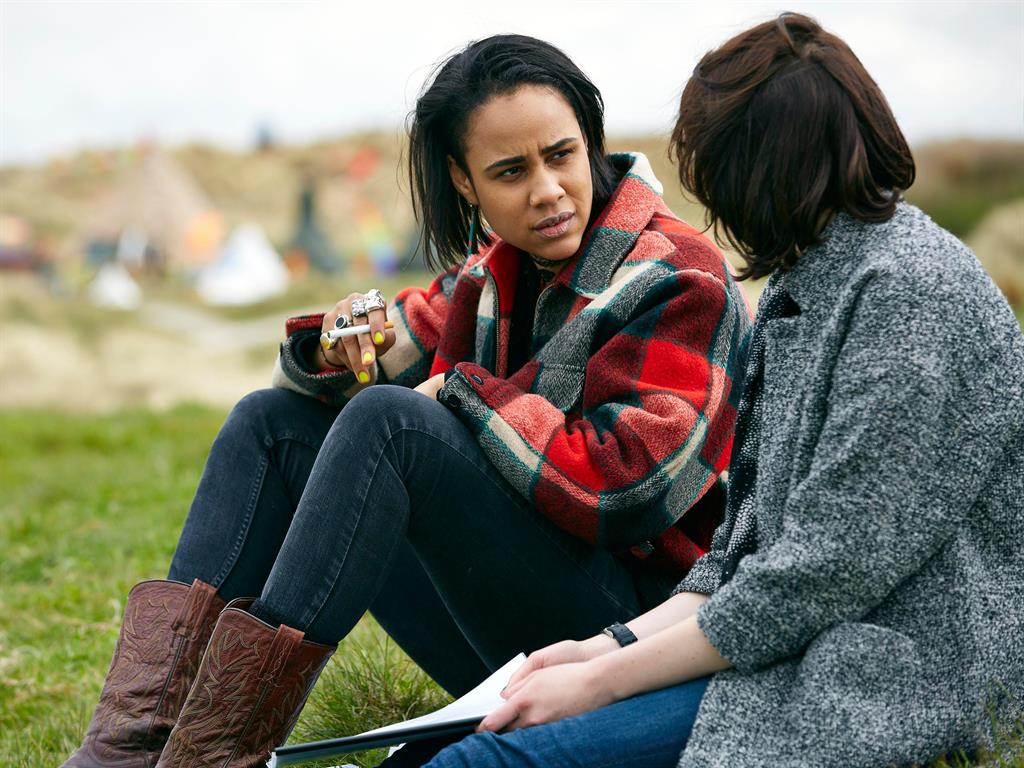 Now 35, Zawe has been a rising star ever since she stole the show as the eccentric Vod in Channel 4’s university sitcom Fresh Meat (above). She has also put pen to paper throughout her career in part, she says, to keep busy, lest the acting roles suddenly dry up.

‘Impostor syndrome is a massive issue that women in our industry experience, because you’re so often made to feel the opportunity of work is a gift that could be withdrawn at will,’ she says.

But her desire to write is also clearly driven by something deeper — a strong intellectual and political passion. for all the women who thought they were Mad examines the mistreatment of black women by the mental health system — where they are often misdiagnosed and over-medicated.

‘There is a shared knowledge among so many women of this epidemic — and I’m going to call it an epidemic because it is systemic and it is dangerous,’ says Zawe.

She wrote the play a decade ago, when taking part in the Royal Court Theatre’s esteemed young writers’ programme. She showed the finished script to a number of theatres, but none wanted to produce it, and reached the point where she felt as misunderstood as her characters.

A few years ago, Hackney Showroom persuaded Zawe to get it out of the drawer again. While she’s on the other side of the Atlantic with Betrayal, her play is being performed in Stoke Newington Town Hall, a venue close to the born-and-bred east Londoner’s heart. 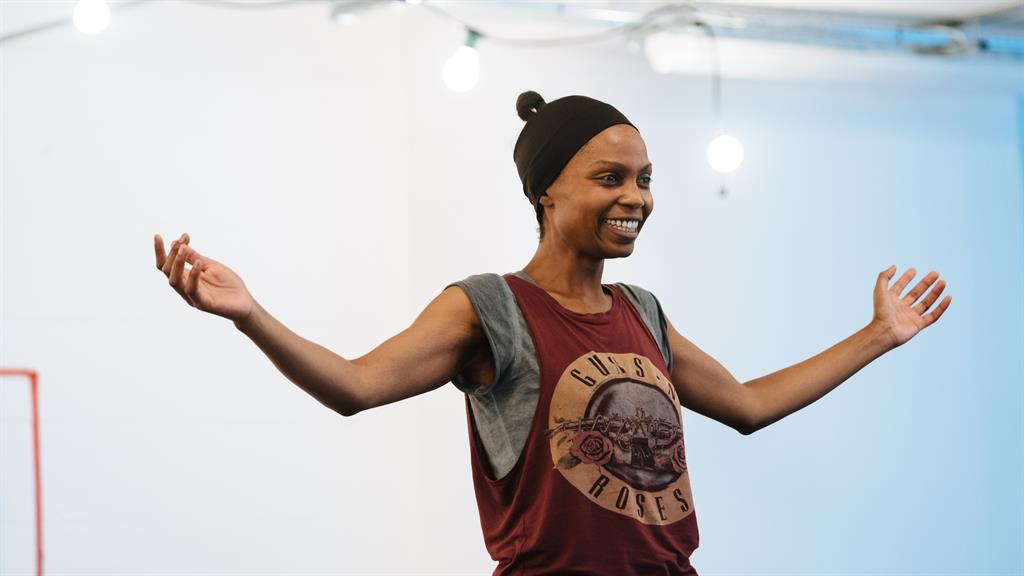 ‘This is the town hall I’d go to as a child and have been voting in since I was old enough to vote. It is just incredible serendipity,’ she says.

It was also a happy chance that led to her starring in Betrayal. Last year, with just 15 minutes’ preparation, she read a scene from the play alongside Tom Hiddleston for a gala night as part of director Jamie Lloyd’s Pinter At The Pinter season. Zawe and Hiddleston’s stage chemistry was so powerful ‘suddenly people were asking us if we were in rehearsals’. A full production was soon born.

The three-hander about a tortured love triangle has been emotionally exhausting. ‘This morning I looked like I’d been crying all night. I thought, “oh yeah” because I had been,’ she says. It has, however, been Zawe’s career high to ‘commune’ with Pinter, one of her idols.

‘Not only was he an actor, but he was a writer who everyone panned at the beginning, and said, “f*** ’em.”’

It’s all a far cry from this time two years ago, when a disillusioned Zawe briefly considered stopping acting. Then she got a rejuvenating role in the US art-world satire Velvet Buzzsaw, alongside Jake Gyllenhaal, and refocused on doing the right work. ‘I just thought if I’m doing this, I’ve got to be creatively nourished in a way that’s going to help me live my life.’

She also wrote Character Breakdown, which dealt with the misogyny and racism she has encountered in showbiz. 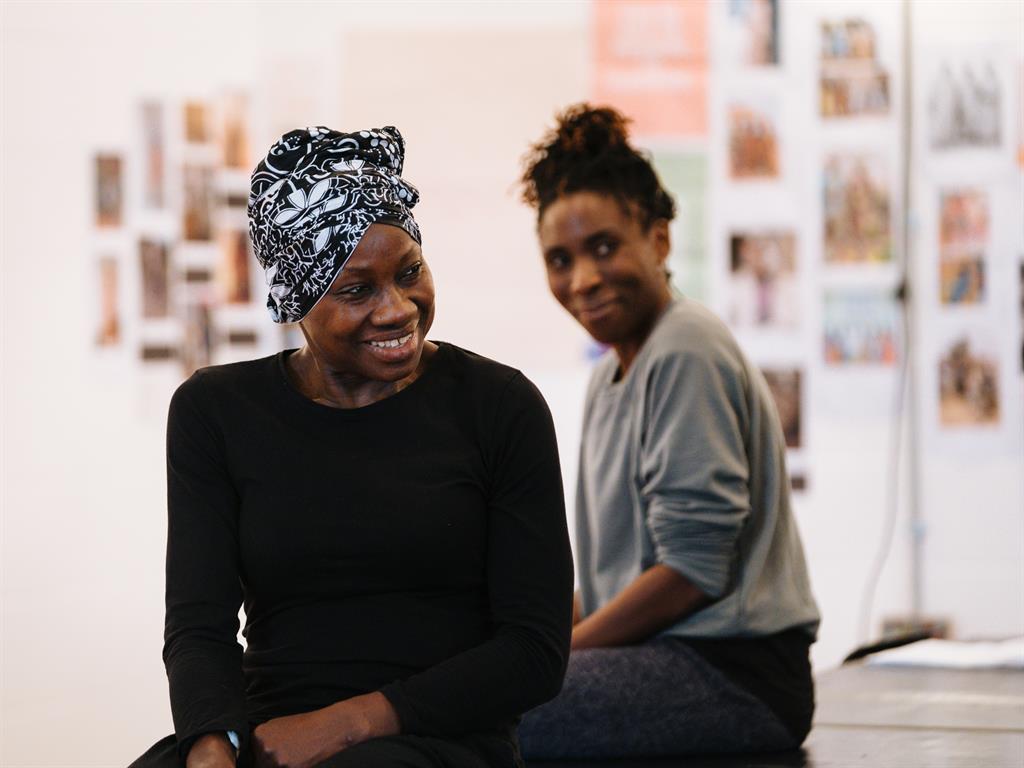 ‘It was another way of connecting to a story and the story of myself. It seemed to wrap a lot of stuff up.’

So, what’s next? ‘I’m releasing an album,’ Zawe laughs. ‘Just kidding, but now I’ve joked about it, someone might approach me. And I will do it.’

■ For all the women who thought they were Mad is at Stoke Newington Town Hall until Nov 9, hackneyshowroom.com