‘OOPS, I’ve dropped my ice cream,’ says my companion, Toby, as his dessert arrives. He is presented with an upturned ice-cream cone containing salted caramel ice cream, squashed on a bed of edible ‘sand’ and scattered with fine shreds of crispy seaweed.

Toby obviously hasn’t let his dessert hit the deck. Oops I’ve Dropped My Ice Cream is the name of the dish, coined by the young grandson of executive chef Alex Aitken and epitomising the unconventional vibe at the Southampton Harbour Hotel.

The 85-room hotel, with spa, gym and cinema, opened this month in Southampton’s Ocean Village. It is the latest offering from the Harbour Hotels group, which has properties in other coastal towns such as Brighton, Chichester and Salcombe.

The imposing hotel looks like a super-yacht and has nautical interior touches, sea views for each room and promenade decks on its six floors.

It is crowned with the HarBAR, a restaurant and bar with panoramic views of the Solent, a DJ booth in the corner and fire pits outside.

On the ground level is a spa and the Jetty, the hotel’s signature restaurant, which serves local grub simply and beautifully cooked in that unconventional style.

Before our upturned ice cream we enjoyed a dish called Scallops For Breakfast, where seared scallops are served with a savoury waffle, sweet cured bacon and bacon jam (£11.50). 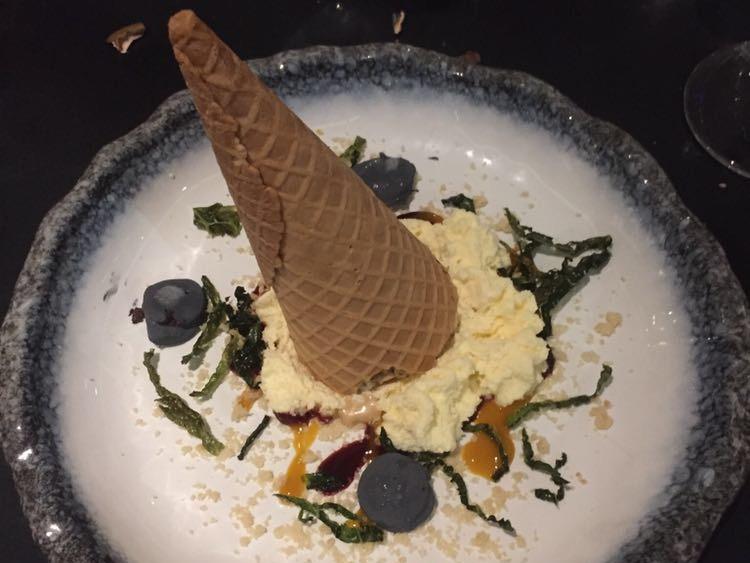 We also scoffed pan-fried John Dory with samphire, cherry tomatoes and new potatoes (£19.99), and a plate of venison done ‘Hairy Bikers’ style (£22.50), the same dish Aitken created on the BBC’s The Hairy Bikers Food Tour of Britain when said bearded chefs visited the New Forest. We finished up, as you do on a Monday night, with an espresso martini — the ability to make a good one is something I often use as a measure of an establishment’s quality. This was a good one.

USP: While the super-yacht design deserves a mention, there is also an admirable range of experiences guests can enjoy. Nature, Culture and Cuisine, for example, includes the use of one of the hotel’s fleet of Mercedes cars, complete with chauffeur, with which to explore the nearby New Forest.

Who goes there? Locals popping in for drinks and food, New Forest overnight visitors and cruise ship passengers before setting sail.

Venture out: William The Conqueror’s hunting ground, the New Forest, is just on the doorstep. Alternatively, hop on the ferry over to Cowes on the Isle of Wight.

Getting there: From £155 per room per night, southampton-harbour-hotel.co.uk