MARTIN McDonagh is hardly an author whose stories you would read to your children, but he is certainly a spinner of fairy tales.

His plays in particular are riotously nasty and savagely funny, yet, in their recurring fascination with mutilated bodies, they are not entirely apart from the stories of Hans Christian Andersen, in whose spooky Copenhagen attic McDonagh’s new play is largely set.

Here Andersen, played by Jim Broadbent as a coarse, jovially sadistic narcissist with scant interest in children, puts his name to adored tales about mutilated mermaids and dismembered dancing girls — written, it transpires, not by him, but by a crippled pygmy from the Congo, Marjory, who Andersen keeps locked in a cupboard. 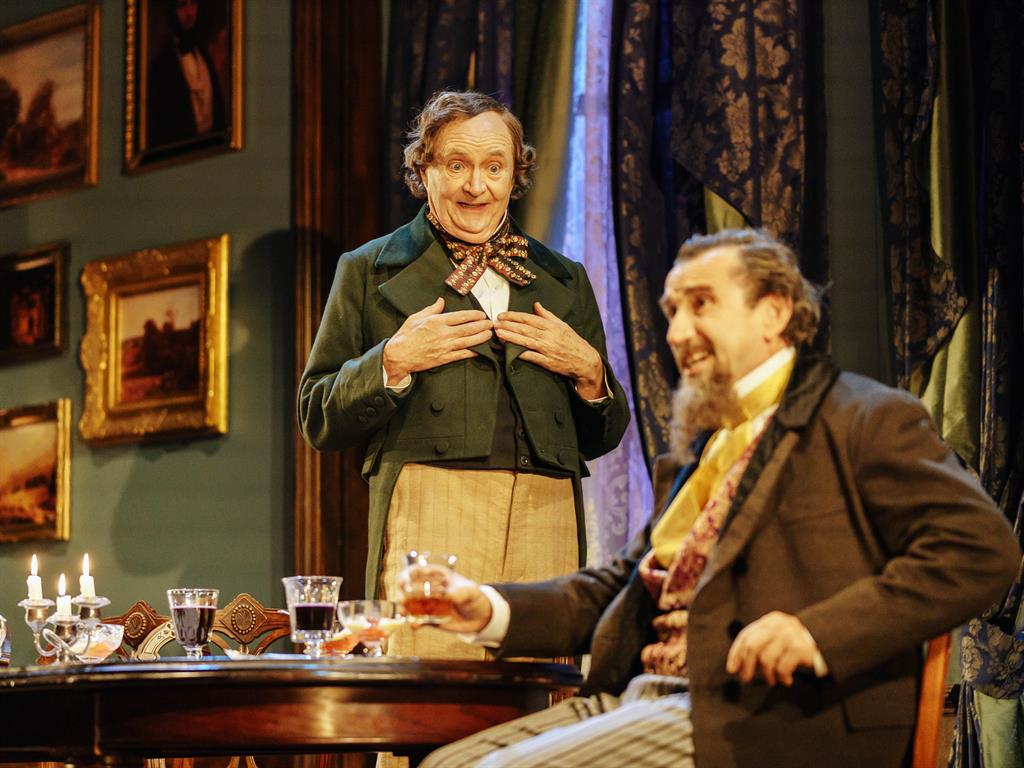 So far, so provocative — and grimly fascinating. But there’s more. Charles Dickens — who Andersen once visited — also has a writing pygmy in his attic, or rather had: Marjory’s now dead sister. Oh and there are two blood-soaked men who have time-travelled from the Congo where, some years hence, Belgium’s King Leopold will rule over the genocide of 10million people. Unless, that is, the wily, clever Marjory can get there in time to stop it.

McDonagh has in the past successfully yoked the horrors of Irish history with viciously funny plays that parody the very concept of horror. He is less successful here. Matthew Dunster’s slick production is charged with a schlocky tension, but you are never sure to what end. An author’s imagination can be a very dark place, but in this instance it has produced an unpersuasive gimmicky piece that crudely shoehorns the racist atrocities in the Congo into a story about a socially inept author in Denmark.