FOOTBALL is back, with more substitutes and fewer supporters, drinks breaks and wall-to-wall TV coverage. But enough about the new, what about the old? After three months away, can you even remember what’s happened already this season? As the action resumes, here is your reminder of the 2019/20 campaign so far.

WHERE IT ALL BEGAN

Liverpool kicked off the Premier League season with a Friday night thrashing of Norwich at Anfield. Just 69 days after lifting the European Cup the Reds got things under way with a 4-1 win, but it was a Canary who scored the first goal of the 2019/20 campaign, Grant Hanley putting through his own net to give Liverpool a seventh-minute lead. Mo Salah, Virgil van Dijk and Divock Origi were also on target for the Reds, while Teemu Pukki scored the first of his 11 top-flight goals for Norwich. The biggest headache for the hosts was the loss of goalkeeper Alisson to injury, with Adrian stepping in, just days after joining the club. Elsewhere on the opening weekend, Frank Lampard’s Chelsea reign began with a 4-0 defeat at Manchester United. Manchester City went one better, beginning their title defence with a 5-0 win at West Ham. 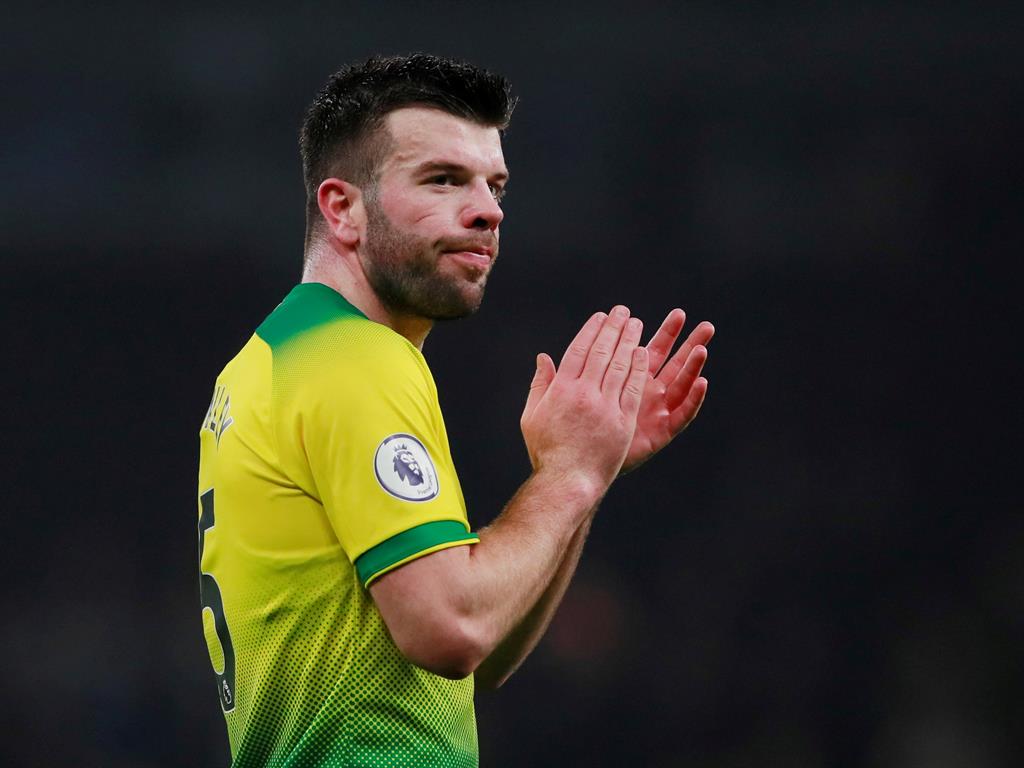 Norwich look doomed to relegation but back in September the Canaries stunned the Premier League with a 3-2 win over Manchester City at Carrow Road. For the defending champions it was a portentous defeat — one of a remarkable seven in the league which has left them a humiliating 22 points behind Liverpool. If that result was the shock of the early season, the most eye-catching was Leicester’s 9-0 victory at Southampton in October. Ayoze Perez and Jamie Vardy bagged hat-tricks as the Foxes equalled Manchester United’s 24-year-old record for the biggest win in Premier League history. The ignominy seemed certain to spell the end for Ralph Hasenhuttl but the Saints stuck by their man and were rewarded with a run of form which left them seven points above the drop zone when the league ground to a halt. Just weeks before the shutdown, Watford topped those results with a 3-0 win over Liverpool, a brace from Ismaila Sarr helping bring the champions-elect’s 27-game unbeaten start to the season to an unexpected halt.

A LONG TIME AGO, IN A GALAXY VAR, VAR AWAY

On the opening weekend history was made when VAR was used to overturn a goal for the first time. David Coote was the video assistant referee who made the call at the previously little-known Stockley Park, deciding Raheem Sterling had been offside before scoring at West Ham. It mattered little — Manchester City were 2-0 up at the time and went on to win 5-0 — but history had been made and, for better or worse, football was never the same again.

Defeat at Watford came during a February wobble which saw Liverpool lose three in four games, crashing out of the FA Cup and losing away to Atletico Madrid, a defeat which sowed the seeds of their exit from the Champions League after the return leg. But before February, Jurgen Klopp’s men were unstoppable, proving far too hot to handle for their domestic rivals despite supposedly failing to hit the heights of a year earlier. Indeed a string of wins by a single-goal margin revived memories of the dominant Anfield teams of the 1980s, with all-round team excellence trumping star quality, even if Sadio Mane, Virgil van Dijk and Trent Alexander-Arnold shone particularly bright. Such has been their dominance, Klopp could afford to send out the C team he leaned on while the seniors were away winning the Club World Cup and Liverpool’s 30-year title drought would still soon be over. 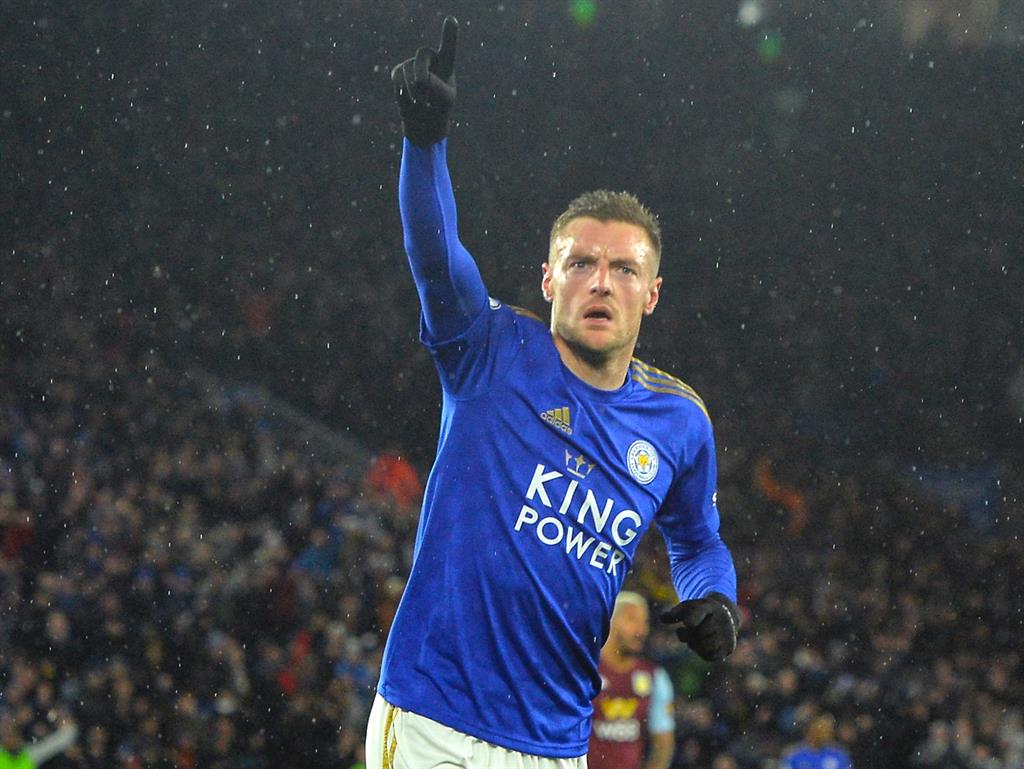 At the age of 33, Jamie Vardy (above) is on target for the first golden boot of his career. The Leicester hitman has 19 goals but only two in his last eight games before the break and Pierre-Emerick Aubameyang (17), Sergio Aguero (16), Mo Salah (16) and Danny Ings (15) must all harbour hopes of hauling him in.

Remember when Javi Gracia and Unai Emery were Premier League managers? It was this season. Gracia was canned by Watford in September, the first of three permanent managers the Hornets have employed this term, Quique Sanchez Flores replacing Gracia before making way for Nigel Pearson in December. Mid-winter was a busy time for the League Managers’ Association with Mauricio Pochettino, Emery, Marco Silva and Manuel Pellegrini let go by Tottenham, Arsenal, Everton and West Ham respectively. Poch was sacked on November 19 after five years in charge and four months after leading Spurs to the Champions League final, with his team in 14th and Jose Mourinho waiting in the wings. Emery lasted another ten days before Arsenal answered the wishes of their fans. Mikel Arteta replaced his fellow Spaniard while, after a reset under Duncan Ferguson, Carlo Ancelotti was named as Silva’s successor at Everton. After growing tired of Pellegrini, West Ham went back to the future by appointing David Moyes.

NOT SO HAPPY RETURNS 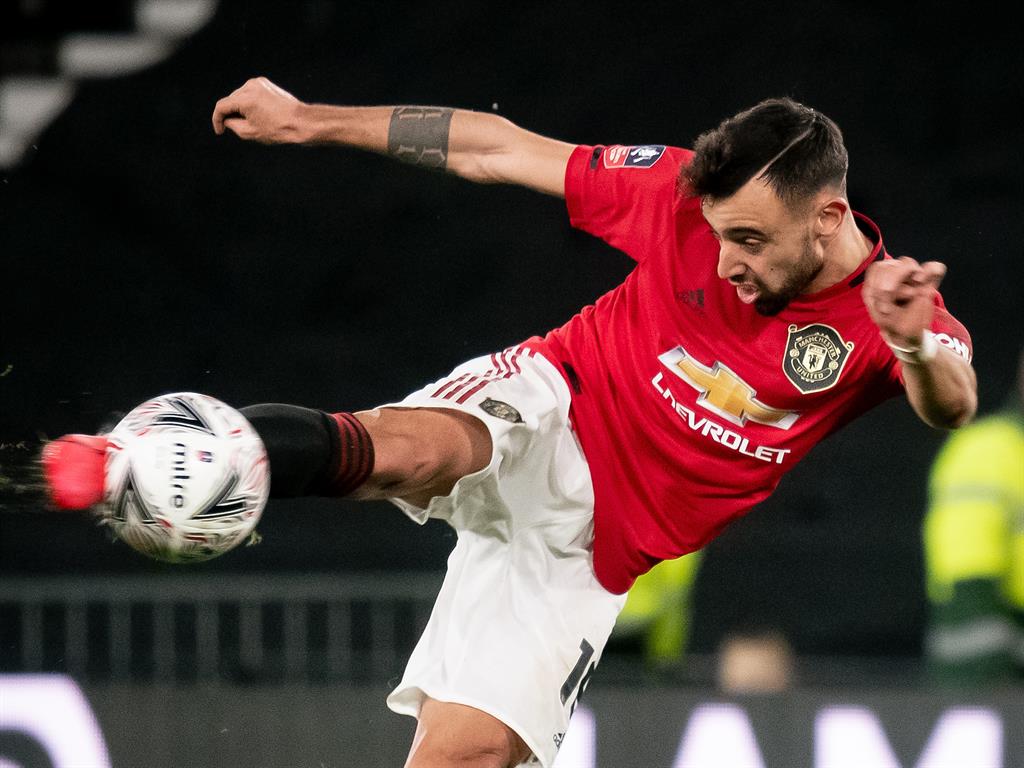 The list of last summer’s big-money signings reads like a who’s-who of transfer flops with Nicolas Pepe (£72million), Tanguy Ndombele (£55m), Wesley (£22m), Moise Kean (£25m), Ayoze Perez (£30m), Joao Cancelo (£60m), Joelinton (£40m) and Sebastien Haller (£45m) among those struggling to justify hefty transfer fees before the March shutdown. One club who spent big and reaped the benefits were Manchester United, with Harry Maguire (£80m) settling in nicely after a slow start and Aaron Wan-Bissaka (£50m) becoming a force at right-back. Then in January, finally, came Bruno Fernandes (pictured). Like the first Stone Roses album, the legend of the Portugal playmaker’s initial efforts for United has grown ever larger the longer he has remained idle. Two goals and three assists have the Stretford End hailing a new idol — let’s just hope he didn’t spend lockdown listening to Led Zeppelin.

BLADES CUT A SWATHE THROUGH THE OLD ORDER

Leicester’s consistent excellence deserves to be rewarded by Champions League qualification while Chelsea turned heads before Christmas as youngsters such as Mason Mount, Tammy Abraham, Reece James and Fikayo Tomori took advantage of the club’s transfer ban and Frank Lampard’s open selection policy to boost their bid for a top-four finish. But the real surprise package has been Sheffield United. Chris Wilder and his squad have belied their collective image of Football League journeymen to storm the top half of the elite with tactical innovation and a relentless work ethic. A place in Europe could yet be theirs.