AN IRIDESCENT rooster trumpets the arrival of my shaman with an almighty din. I’m in Jero Wayan Nuriasih’s health centre, a sun-dappled space outside her Ubud home lined with a colourful shrine and glass cabinets labelled ‘cholesterol’, ‘slim’ and ‘genitalia’. Shaman Jero is from a family of healers who read the body, looking for disease and negative energy. I’m told she’s admired by locals for treating the community and by tourists for her role in Elizabeth Gilbert’s mega memoir Eat, Pray, Love (Gilbert visited her as part of her spiritual journey). She plants a pile of laminated thank-you letters and articles in front of me, then gestures regally to a framed image of Gilbert. I’m intimidated and entertained all at once. Eventually she smiles. ‘Do you want nice nice or truth truth?’

The Balinese also hold a deep reverence for artistry and believe any work made with human hands is an incarnation of God, which is why craftsmen, as well as healers, can be found on every corner.

As she runs through my many issues — my breath is too shallow, I need to cut down on citrus and coffee, my body and mind are disconnected, I have negative entities in my chin and lower back — her sweet staff scrubs my skin with a white rice paste. She draws on me with a biro and instructs me to chew a bitter leaf from the gotu kola plant. ‘It will help your mind,’ she says, before giving my face a quick glance. ‘And your skin.’

With pages of her notes in my handbag, my guide Mr Duna and I then travel to meet Wayan Bendi, a globally recognised painter who is prominent in the field of Bali’s highly detailed Batuan paintings.

As we pass immaculate rice paddies, majestic banyan trees and roadside ‘Warung’ cafés, Mr Duna — who, like most Balinese, refers frequently to people’s auras — tells me, ‘Yours is much nicer now,’ as we arrive at Bendi’s large studio in Batuan village, in Bali’s mountainous centre.

The 68-year-old and his striking wife, who perches on a black-and-gold throne engraved with lion heads, sit surrounded by Bendi’s huge muted canvases, each depicting Bali’s beautiful chaos: rice paddies, dogs, bikes, temples, women carrying baskets, men carrying drums, monkeys. I ask him where he gets his inspiration and he says, deadpan: ‘At cockfights and casinos.’

The rest of my four-day tour involves a spa workshop, an amble around the modern Tonyraka art gallery in Mas village and a visit to Celuk Village, the silversmith capital of the island. But it is Ubud where I feel a pang of disappointment. The artisan scene feels like it has succumbed to mass tourism and I can’t connect with the supposed mysticism so many speak of. 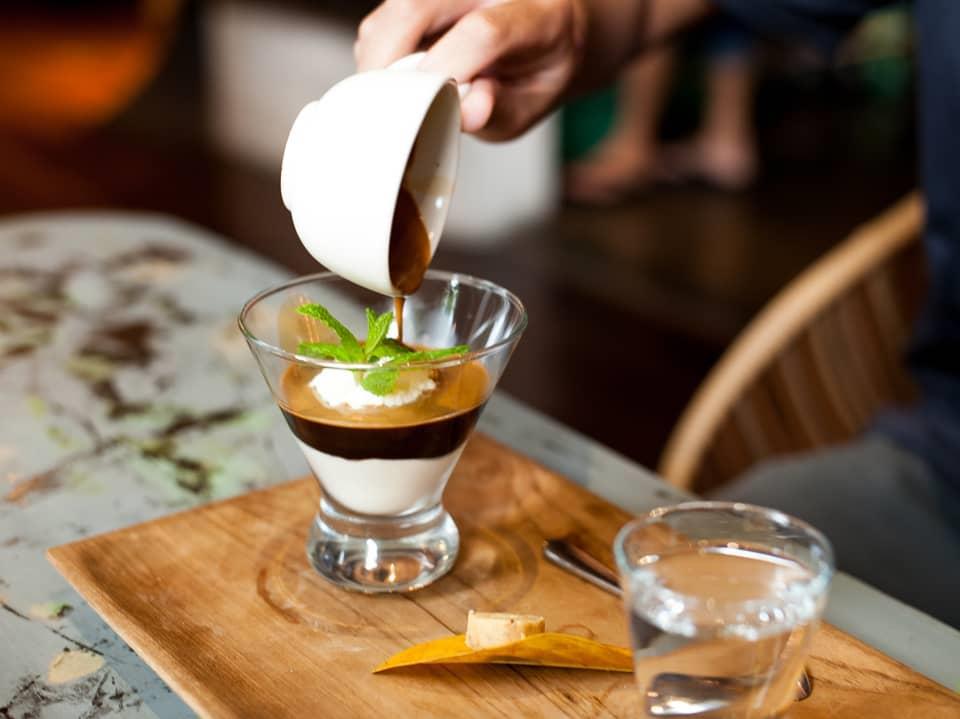 My luxury eco hotel, Bambu Indah (from £104pn, bambuindah.com), created by Canadian-born jewellery designer John Hardy and his American wife Cynthia, restores my faith. I wake in an antique Javanese teak home to find a storm settling over the distant rice paddies and, after a breakfast of pumpkin pancakes with mangosteen fruit, I take a bamboo elevator 65ft down to the Ayung River. My boyfriend and I launch ourselves into a natural pool from a rope swing and pull ourselves across the Ayung in a suspended bamboo pod. It’s bliss.

Later, as I zoom around Ubud on a scooter, I finally start seeing past the traffic and tourists. I begin to notice the mysterious alleyways, the details in temple doors, the dark greys and the deep greens, the vines that hang like curtains. It’s then that I realise those six things in my head have been replaced with simple enjoyment of the moment.

Four-day tour from £308pp including lunches, a driver and three nights’ accommodation, backyardtravel.com. Customised private tours can also be arranged

Returns to Bali with Singapore Airlines start at £620 per person, singaporeair.com 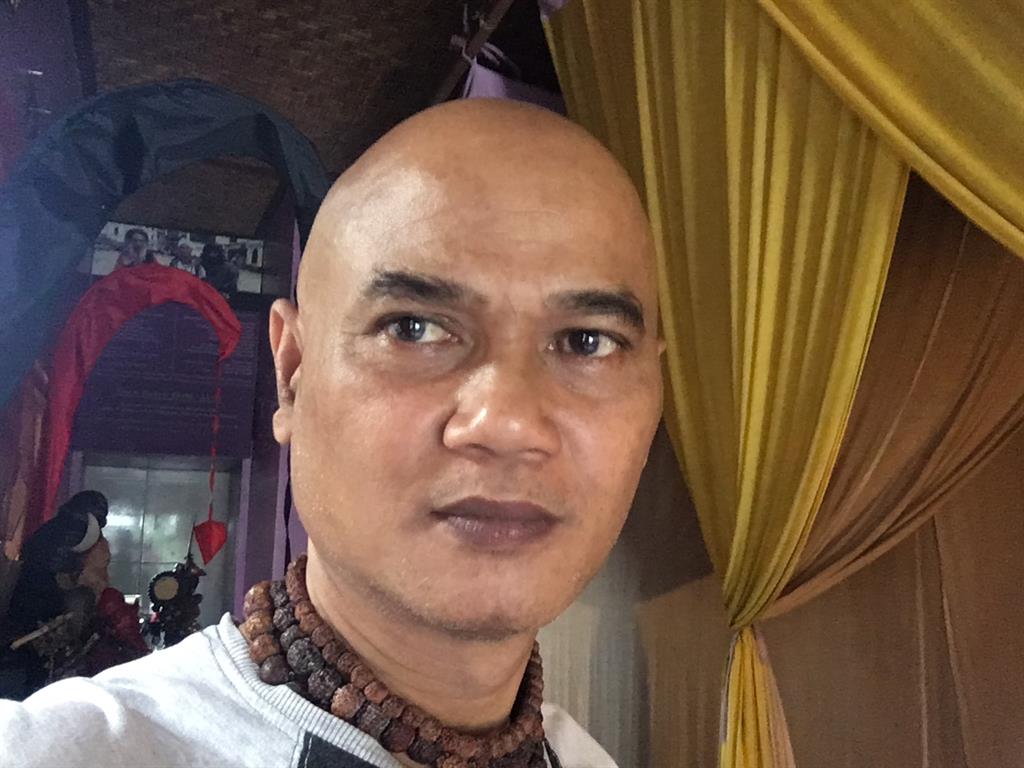 ■ Shivbandi is a Shiva energy healer whose modest clinic sits close to Ubud’s monkey forest. His father is a Balinese Hindu priest, his older brother teaches laughing meditations and his younger brother is a yoga teacher. Shivbandi offers a wealth of treatments that aid everything from knee pain to anxiety. Alternatively, go full Bali and opt for a three-hour overhaul simply called ‘reborn’. Treatments from £10, maapun.com

■ Although Ubud is filled with master craftsmen selling quality products, mass tourism means there’s plenty of factory-produced merchandise too. Just outside Ubud centre, on the way to the famous Tegalalang Rice Terrace, is the Purnama antique shop, which imports glorious lights and furniture from next-door Java. purnama-art-shop.business.site

■ Room 4 Dessert is an avant-garde dessert-only restaurant run by US pastry chef Will Goldfarb, who starred in Netflix’s Chef’s Table. Each dessert has its own name. Recent highlights included Jitterbug Perfume and Incidente Stradale, a rich mix of coconut vinegar, Balinese coffee and Jamu, a local herbal turmeric and ginger drink. Seven-course tasting menu, £40pp, room4dessert.com