AS PERFORMERS, they dread Rotten Tomatoes reviews — but Ruthie Henshall and Russell Watson were treated to a squelch fest upon entering the I’m A Celebrity castle camp.

The West End star and opera singer, both 53, were handed a rude welcome at Gwrych Castle, in north Wales.

After arriving on a horse and carriage, they were subjected to being court jesters for the Stage Fright challenge. Locked in stocks, the pair were pelted with the red mush as they fished around barrels of slime looking for punchline clues to earn meal stars. 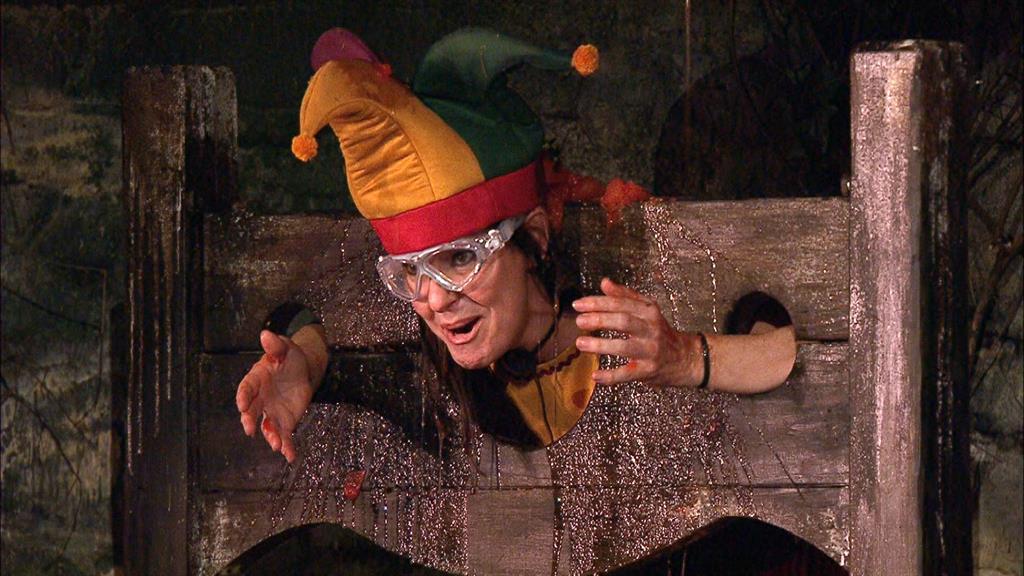 And they proved themselves worthy teammates — finding 11 out of 12 stars to earn their new pals an Oxtail dinner.

Meanwhile, Henshall, who once dated Prince Edward, is relishing time away from her teenage children. ‘What’s worse, living with two teenagers or going in a castle? Thank you very much, I will take the castle,’ she said.

And viewers remain glued to the hit ITV show, with a peak audience of 10.4million tuning in on Tuesday.